Blake Price is a famous sportscaster currently working for TSN Radio 1040. Known for his appearance in Sekeres and Price Show. He is a known sportscaster and mostly appears on the Weekdays 3 pm -7 pm edition with Matt Sekeres.

Blake Price reportedly earns around $30,000-$50,000, as his yearly salary from the network, and as of 2019, he has an estimated net worth of over five-digit figure. Further, the details about his wife and children are not available in the media yet.

Blake Price was born on December 15, 1974, in Winnipeg, Manitoba. Similar to Tom Harrington, he also holds a Canadian nationality and belongs to White ethnic group. Additionally, the details about his parents and siblings are still under the rock.

Blake Price Net worth and Salary

The Canadian sportscaster/anchor Blake Price has an estimated net worth over five digits. As of 2019, the reporter receives an annual salary of $30,000 to $50,000 from his successful TSN Radio 1040 reporting career.

Being specific, the average Radio host salary in Canada is $49,998 per year. Further, he also appears as a guest host for other networks, collecting an additional amount of money which will certainly increase his net worth in coming days.

Blake Price is one of TSN Radio's most popular anchors who has made a successful career as a sports anchor. Since TSN Radio 1040 is a popular sports network, it is well known for paying its sportscaster a high salary. As Blake Price is a regular TSN Radio 1040 anchor, he earns a decent amount of salary from the network.

He worked as a news and traffic reporter and writer and radio producer during his early career. After the radio rights were transferred to Team 1040/Team 1410 in August 2012, on 7 September 2012, the Vancouver Giants named him and Jeff Paterson to handle the play-by-play for the home games of the team.

Price first began his career with TSN in 2001 as the 2 a.m. ET co-host.  SPORTSCENTRE edition, moving into 10 p.m. ET slot next year with Darren Dutchyshen.

Blake is known for his work in Sekeres and Price Show of TSN radio. Blake Price worked formerly on MOJO sports radio and television in Saskatoon, on the Sports Page in Vancouver and for three years on TSN, anchoring SportsCentre, from 2001 to 2004 and another stint in 2006.

Compared to his professional career, it was tough work to dig up his personal life and most importantly about his marital status. While exploring his twitter account he tweeted about his son convincing him to stand in a river all day for fishing. Apart from the fact that he has a son, there isn't any detailed information about him.

My son convinced me to stand in a river all day. #fishingnotcatching pic.twitter.com/vRkQDYBCsM

However, he might be happily married to his wife and enjoying his marital life.  Additionally, there aren't any rumors regarding his past relationship, affairs, girlfriend, and divorce. 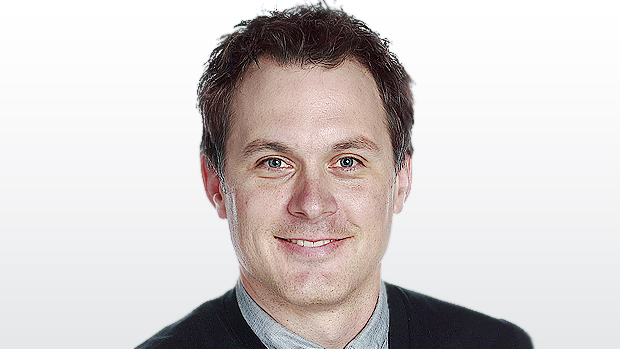 Further, the detailed information about his body measurement has not been surfaced in the media yet. Besides, he has a perfectly built body with decent height and weight.