BJ McLeod is a well-known American professional stock car racing driver. The driver is also the owner of B.J. McLeod Motorsports and Live Fast Motorsports. B.J.j competed in the NASCAR Cup Series and NASCAR Xfinity Series as a part-time driver. McLeod has not won a major title in his professional career.

BJ McLeod was born Brian Jeffrey McLeod on November 17, 1983, in Wauchula, Florida. He rose to fame through his successful career, so much about his parent is under the radar. His parents were business owners, and he decided to make racing his own business. McLeod started racing in his early days and did not continue his formal education.

BJ McLeod has an estimated net worth of more than $10 Million. He has earned most of his net worth as a racer and a businessman. A stock car driver does not need to win a tournament to earn their prize money. They are paid based on the result at the end of the event. Also, Mcleod must be making a handsome amount through his sponsorship deals with International Materials, Art General Contractors, Thompson Electric, etc. 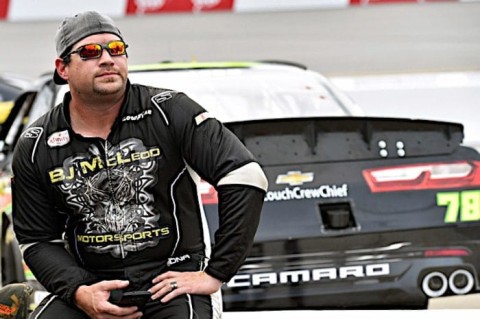 Brian had some bad seasons and had a good season in 2015, which earned him $130,083 as prize money. McLeod has not shared a word about his earnings from his business.

Who is BJ McLeod Married To? Know About His Wife and Children

BJ McLeod is a married man living a happy married life along with his wife and children. McLeod walked down his wedding aisle along with Jessica McLeod in 2013 and currently is the co-owner of the B.J. Motorsports. She is extremely passionate about health and fitness. They started dating each other in 2003. 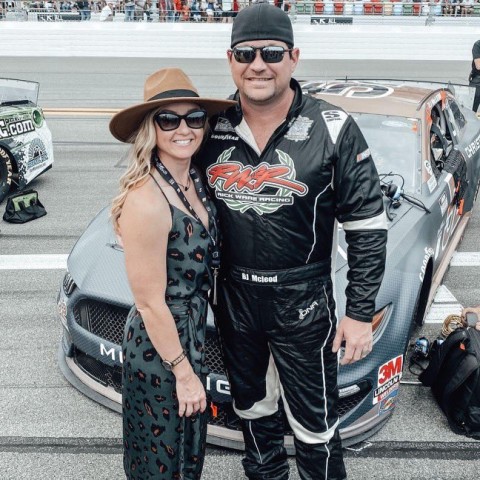 Brian shares a photo with his wife, Jessica, at an event SOURCE: [email protected] Mcleod.

Although It's been more than a decade since their marriage, there is not much information about his children. Some believe that McLeod does not have a child.

Brian started racing at the age of thirteen and made his professional debut in 2000 at the Hickory Motor Speedway and USA International Speedway. In 2001, He gave a test drive to run for the NASCAR Busch Series, but the agreement never got finalized. In 2010, McLeod joined NASCAR Camping World Truck Series and made his debut at Kroger 200.

The American driver ran for the ARCA Racing Series in 2014 for Venturini Motorsports but later joined Rick Ware Racing in Xfinity Series. The following year, He made his Sprint Cup Series debut in the Sylvania 300. After spending most of his time with the NASCAR series, In 2019, McLeod joined Daytona 500 series.