Antonio Alberto Bastos Pimparel or simply known as Beto is a professional football player who plays as a goalkeeper for Portugal national football team and Turkish football club, Goztepe S.K.

Besides playing for several European football clubs, he has also represented Portuguese U-21 side and has been representing Portugal senior team since 2009. The goalkeeper has played in FIFA World Cup in 2010 and 2014 editions and UEFA Euro 2012.

Beto of Portuguese nationality was born on 1 May 1982 on Lisbon Portugal.He was fond of playing football since his childhood days and age of 10 joined the youth academy of Ponte Frielas.

Beto’s Net worth and Salary

Beto makes an annual salary of approximately $ 704,154 with a weekly salary of $13,541 which he receives from playing for Turkish professional football club, Goztepe SK and has a market value worth in excess of $ 800,000 as of 2018.

His total net worth combined with his assets, income and endorsement deals, his total sum could be around $ 750,000.

After his time with Sporting CP, he played for various Portuguese football clubs such as  G.D.Chaves, F.C. Marco, and Leixoes S.C and signed with Primeira Liga club, FC Porto for four-year contract deal for a transfer fee in the region of $ 920,000  in June 2009.

While with Porto, he was the part of the team that went on to win Primeira League and UEFA Europa League in 2010/11.

Beto was then sold to SC Braga in 2012 and was loaned to  Spanish La Liga club, FC Sevilla in 2013 and signed on a permanent deal with Sevilla and was made the first choice goalkeeper in the side. 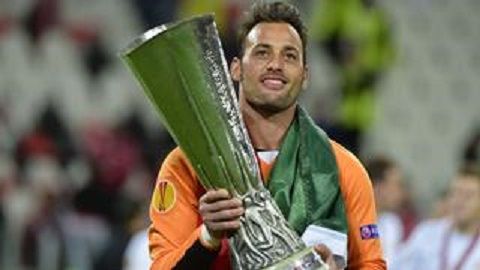 The Portuguese goalkeeper then signed a two-year contract agreement with his old club, Sporting CP and made his official debut for the team against F.C. Famalicao and kept a clean sheet on 13 October 2016.

He is currently playing for Turkish football club, Goztepe S.K. in 2017.

Beto represented the Portuguese U21 side in 2002 and made his international debut for the senior Portuguese team against Estonia in a friendly match on 10 June 2009. 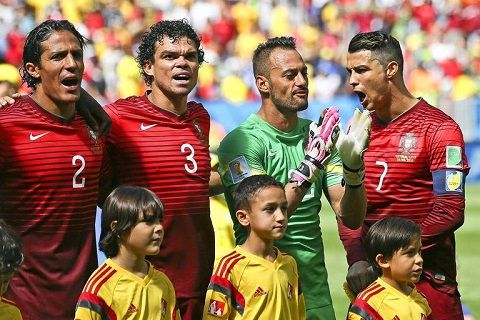 He has played in 2010  and 2014 FIFA World Cup and UEFA Euro championships. Beto was also included along with Pepe, Nani and Pizzi were players that were in the 24 men team of Portugal in the 2017 FIFA Confederations Cup.

Beto currently 35 stands at height of 5 feet 11 inches tall and weigh about 81 kg. It is unclear if he is married or having a girlfriend as there is no official page of the Portuguese goalkeeper in social media sites like Facebook and Instagram.

He might be unmarried or single according to our records as he seems to be secretive about sharing his personal and private life in front of the camera, public, and media.