An Olympic Gold medalist, Bethanie Mattek-Sands is an American professional tennis player who has 9X Grand Slan titles (5X women's doubles and 4X mixed doubles). On 11 July 2011, she reached her career's highest ranking of No.30. Currently, she is ranked No.337.

Rochester, Minnesota native, Bethanie Mattek-Sands was born on 23rd March 1985, under the star sign Aries. She holds an American nationality and is of white ethnic background. The thirty-five years old stands 5 ft 6 in (1.68 m).

How Much Is Bethanie Mattek-Sands's Net Worth In 2021? Know her Career Prize Money

Back in 2018, she agreed on a multi-year deal to become a celebrity spokesperson and brand ambassador for Kimo Sabe Mezcal. With this deal, she became one of the only female spokespeople for a liquor brand.

What's more? Her love of fashion led her to collab with a tennis brand Lucky in Love, which is about more than wearing a brand on the court. The agreement has the tennis player working hand-in-hand with Miami-based Lucky in Love designers to create monthly capsule collections, often focused around the biggest events on the tennis calendar.

As of 2021, Bethanie Mattek-Sands' net worth is approximately $8 million. Nevertheless, there is no information available regarding her real estate properties or vehicles.

Bethanie and her husband, Justin Sands met in Phoenix, where they still reside. The couple had three dates and were married shortly. Their wedding was held on 29th November 2008. Since the duo is inseparable. They make for one of tennis’s most unique couples, living a life Sands never saw coming.

Her husband, Sands a Hill School graduate was a former defensive lineman at the University of Albany from 2002-05. 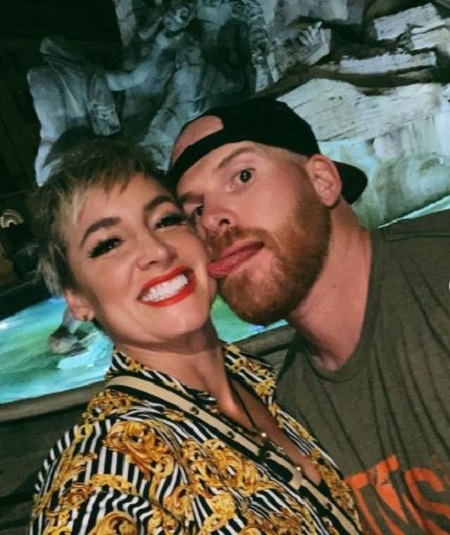 What's more? It's been over a decade of being by his wife’s side full-time in an anything-and-everything capacity that includes manager/agent/public relations director and even practice ballboy, you’ll find an expert on life on tour in Sands.

Bethanie said “At this point in my tennis career, him being around so much, he knows all the ins and outs. He actually knows more people on tour than I do. We call him ‘The Mayor of Tennis. He talks to everybody.”

Turned professional in 1999, she played joined the WTA Tour event in Philadelphia where she received a wildcard into the qualifying, though she lost in the first round.

Mattek-Sands has five singles and three doubles titles on the ITF Women's Circuit, under her name. Her best results in singles on the WTA Tour are entering the fourth round of two Grand Slam events at 2008 Wimbledon and the 2013 French Open.

In women's doubles, Mattek-Sands is 27 X  WTA Tour titles holder, including 5X Grand Slams at the 2015 Australian Open, 2015 French Opens, 2016 US Opens, 2017 Australian Opens, and 2017 French Open, all with pairing up with Lucie Safarova. On 9th January 2017, she became the world No. 1 in doubles and held the top ranking for a period of 32 consecutive weeks.

In mixed doubles; Mattek-Sands won the 2012 Australian Open with and the 2015 French Open and a gold medal at the 2016 Rio Olympics. In 2017, she suffered a knee injury. She made her come back winning 2018 and 2019 US Open mixed doubles titles, alongside Jamie Murray.