When a person holds a talent in something particular, age becomes relative. And sometimes, these young upstarts want to show their worth more than the legends with years in the spotlight. Everyone knows the name Cristiano Ronaldo, Leonel Messi, Neymar, and the likes these days, and the up-and-coming footballers will gain their shot at showing what they're made of in the grandest stage of soccer, the FIFA World Cup.

One of the greatest artists once said, what will you do when you get the chance to grab your dreams? The same can be said about these young players. And today, we bring you some of the young talents you need to keep an eye on. Here are the best young players in the upcoming FIFA 22!

Rodrygo Goes took the world by storm as he helped the Spanish giant Real Madrid win La Liga Cup. Apart from his recent victory, Goes started his journey from the football club Santos at ten. Rodrygo joined the club in 2011 and stayed with the Brazilian club till early 2019. 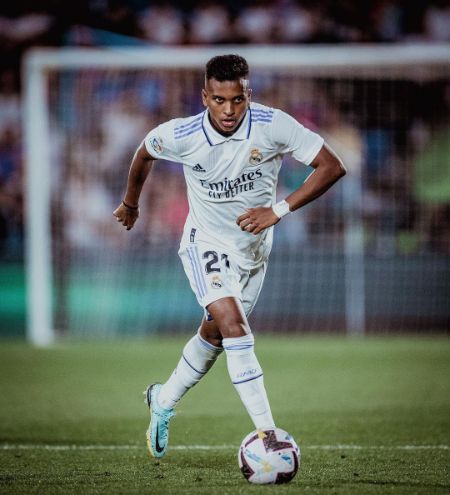 After leaving Santos, Goes played for the Spanish club Real Madrid. However, at the start of his career in Madrid, he played in Real Madrid B, the reserve team. And soon, the club saw his potential and moved him to the main roster. And by 2022, the young Brazilian footballer showed the world his value in the recent Spanish football league, Primera Division/LaLiga Santander.

At 22, Dusan Vlahovic became a crucial member of the Italian football club Juventus. Likewise, many soccer fans call Dusan the Killer in Serie A. Besides his nickname, fans also found a similarity in his style of football to that of other great players; fans compare him to Cristiano Ronaldo, Erling Haaland, and even Jamie Vardy! 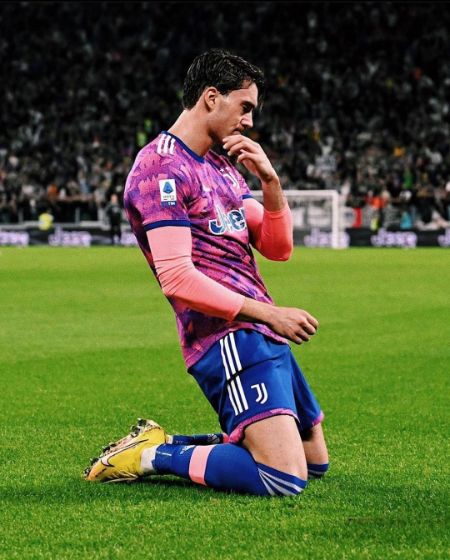 Before terrorizing Serie A with his talent in soccer, Vlahovic played in the Serbian SuperLiga. The Serbian footballer played for Partizan FC at the start of his senior career and ended his SuperLiga run with the said club. Afterward, Dusan joined Fiorentina and competed in Serie A starting in late 2017. The young footballer's career steadily grew as time kept moving. And now, fans of Vlahovic's can hardly wait to see him in FIFA 22!

Coming from the same country as Kylian Mbappe, one of the best forwards of 2022, Aurelien Tchouameni is undoubtedly one of the best young footballers of his era! Tchouameni won his first major tournament in 2021's UEFA Nations League. At the time, he played for Monaco FC, which he joined in the second half of 2020. However, the beginning of his soccer journey started in 2006 at a local club, SJ D'Artigues. 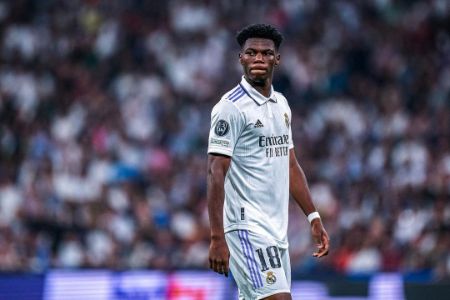 After leaving SJ in 2011, he joined Bordeaux at eleven. The French footballer played in the said club till early 2020. And then joined Monaco, but the world took a keen interest in the young footballer after he joined Real Madrid recently in 2022. Similarly, Aurelien made his international debut on 1st September 2021 and appeared in the 2022 FIFA World Cup qualifying game. And on March 25, 2022, Tchouameni scored his first goal for his national team.

Only in his teens and Jude Bellingham gain many football fans' attention. Bellingham was born in a quaint town called Stourbridge in England. And around the age of seven, Jude joined the local football club Birmingham City. Likewise, the talented English soccer star played for Birmingham throughout his youth career and a year of his senior career. And by 2016, Bellingham joined the English under 15 national team. 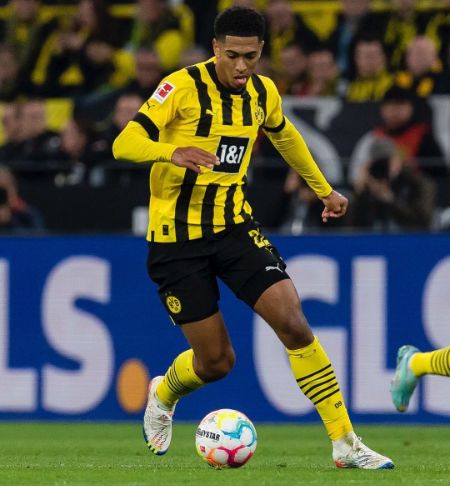 In the transfer window of 2020, Jude Victor William Bellingham joined Borussia Dortmund, the German football team. And in two years, Bellingham appeared in seventy matches under the banner of Dortmund. Although the young footballer hasn't been part of a major tournament win, he and his English team reached the runner-up position in UEFA Euro 2020. And now, two years later, fans remain on the edge of their seats to watch the young talent play in FIFA 2022.

Gaining a spot in the Spanish giant, Barcelona, from a young age, Ansu Fati is counted as one of the best in the world from his era. Fati is only in his late teens and has won many football lovers' hearts. And many who watched his matches claim him as one of the most exciting footballers. After his family moved to Sevilla, Ansu joined Barcelona's youth academy, La Masia. And by July 24th, 2019, Barcelona signed Fati. Also, Ansu holds the title of the second youngest player to debut in a club at 16 years and 298 days. And the first place was held by Vicenc Martinez in 1941. In 2020, his momentum came to a screeching halt after he suffered a knee injury. And later, the test showed he had torn the meniscus in his left knee. After the injury, the Spanish footballer missed nine months of action, but Fati took the world by storm after making a return on 2021 September 26th. Likewise, the young footballer scored minutes after he stepped into the field. Despite some of the setbacks, many fans consider Ansu one of the best up-and-coming footballers with a bright career ahead.

The Liberian-turned-Canadian footballer Alphonso Davies currently plays for the German club Bayern Munich FC. Aside from earning big names as a footballer worldwide, Davies is also considered a soccer hero in Canada. Alphonso became the first Canadian man to bag a Champions League tournament. On August 23, 2019, he and Bayern FC won the UEFA Champions League. Likewise, it secured the continental treble for Davies and Munich. Alphonso started playing for the Canadian national team in 2016 in the Under 17 junior division. Interestingly, Davies joined the senior division at the age of sixteen. Munich's player became the youngest footballer to play for the national team. Alphonso's ability to play at an explosive pace, control over the ball, and crossing ability made Davies a fan favorite. And with each passing day, FIFA 22 becomes a bit closer, and fans worldwide barely contain their excitement.

Gavi was born to his parents in Spain on August 5th, 2004. Likewise, his father and mother named the talented footballer Pablo Martin Paez Gavira. And currently, at 18, Pablo plays as the central midfielder in Barcelona. But Gavi's career started at his local football club La Liara. And this talented youngster played under Liara's banner for three years. And in 2013, he moved on to Betis. Fast forward a couple of years, and he'd then join Barcelona. And from 2015 to the end of his youth career, he played for the said club. Finally, in 2021, Gavi started his senior division and played for Barcelona's reserve team Barcelona B. But the same year, the Spanish giant promoted Gavira to the primary squad. On September 30th, 2021, Pablo was surprised by Spain's national team manager, Luis Enrique. And he made history as the youngest man to represent Spain at the senior level.

Phil Foden started his football career at Manchester City FC in 2009. And at the time, Foden was nine years old. However, Foden's youth career stays unknown. And in 2017, Phil began his senior career, debuting on 21 November 2017 in a Champions League match. And so he became the fourth youngest English footballer to play in a Champions League match. 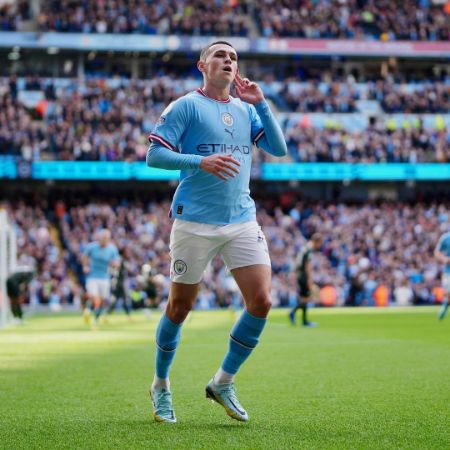 Phil played in England's national team in 2015. Likewise, the talented young footballer appeared in eight matches and scored two goals in the Under 16 games. Finally, in 2020, Foden was moved to the senior level. And since then, the talented play appeared in 18 matches with two goals in the bag. Given his young age, he's bound to move up the card shortly. And so this English midfielder is a player that fans need to watch.

Pedro Gonzalez Lopez is a renowned soccer star, yet most fans don't recognize the name. Instead of his full name, football lovers know him as just Pedri. And the young player helped his country earn silver in the 2020's Olympic games! His fame and fortune grew exponentially after the Olympic games, and Lopez joined Barcelona FC in 2020. And since then, Barcelona fans have kept an eye on the nineteen-year-old Pedri. 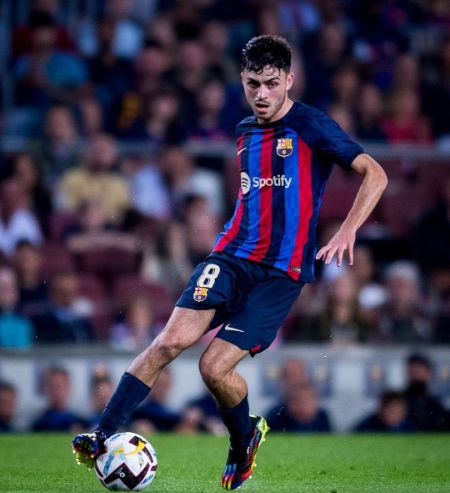 The young Spanish footballer started playing football at the age of three. Pedro trained at the UD Tegueste when his family moved to Tegueste. Ten years later, Pedri joined the Juventud Laguna FC in his youth career. But later in 2018, he switched to Las Palmas and stayed with the club until 2020. Which then lead him to Barcelona. And Lopez started his International career in 2019. Pedro appeared in a total of fourteen matches representing Spain.

The Brazilian soccer star Vini Jr could be the most anticipated player the fans want to watch! Vinicius Jose Paixao de Oliveira Junior started his career at Flamengo FC near his home in 2005. Likewise, he stayed with the club for over a decade. But  Oliveira later joined Real Madrid in 2018. At first, he played for the reserve team, but Madrid moved Vini into their main squad seeing his potential as a winger. 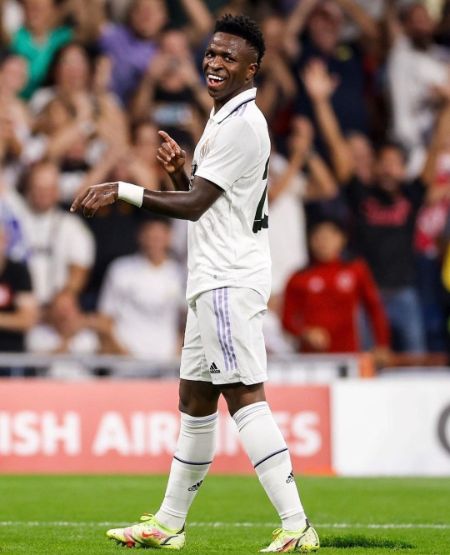 When this was happening, Jr. was already on the international scene. In 2015, Vini represented Brazil in the under-15 games. And Vinicius played ten matches and scored seven goals in the U-15 games.