Born on April 10, 1994, in Oklahoma, United States, he is the son of a former Legendary NFL superstar, Barry Sanders. Barry Jr. is a three-time Pac-12 Champion. He took retirement in 2016.

Barry J. Sanders did not get recruit by any NFL clubs and ended up his football career from college. But according to some sources, he probably has the estimated net worth at around $700 thousand. He is currently serving as a marketing manager at Electronic Arts where he is earning around $100,000 annually. 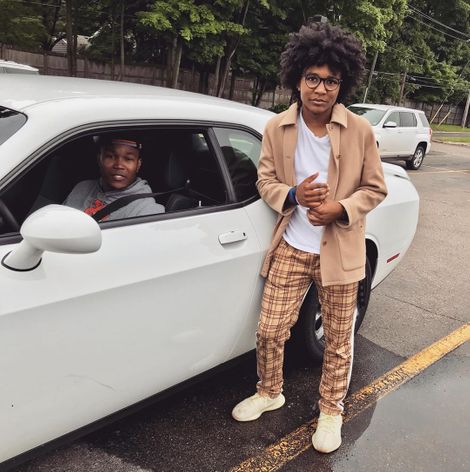 Barry in his car SOURCE: barryjsanders26

The former Oklahoma State running back played football in his college during which he did not make any earnings. The then 6th-best high school running back was provided a scholarship by the college.

Barry J. Sanders' father made huge earnings during his playing career. His annual salary during that time was reported to be $6.4 million. 2 years before his retirement, Sanders has agreed to a 6-year/ $34.56 million contract including an $11 million signing bonus. He had to pay back the bonus amount as he took retirement early before finishing the contract.

The heritage Hall graduate has also shared several photos with children on his Instagram. As he is unmarried and reportedly single, the child could be of his friends or relatives.

Barry J. Sanders is the son of Barry Sanders who used to be the high ranking player of NFL. Barry James  Sanders's family structure is a little bit complicated because Barry J. Sanders's mother's whose name is Aletha House has not been officially married, to Barry's father.

Barry's father was married to Lauren Campbell who is Detroit Channel-based anchor in 2000 and they get separated in 2010 after spending 10 years together. They have three children Nigel, Nicholas, and Noah. 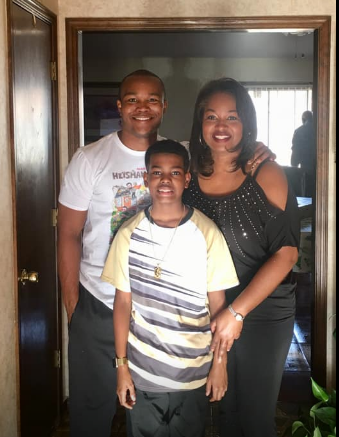 Barry Sanders has a girlfriend whose name is Aletha House, the couple has not married but they have a long term relationship.

Barry J. grew up with his mother whereas his father used to visit quite often but Barry J.  made his way to Socer world and within his short career he has collected a good amount of fortune and fame through his career performance.

Barry retired from his professional career in 2016 and after that, he has managed to survive luxuriously through his well-reputed occupation. After retirement, he joined Electronic Arts company which is based in Florida and he was appointed as assistant strategic alliances marketing manager where he severed for 2 years and 9 months.

He has been promoted now and he is serving as  Marcom Activation Manager in Electronic Arts and till this date, he is the employee of the same company.