Jalen Catalon is a rising American football Safety. He plays for his current college team Arkansas Razorbacks. Catalon plays as a Safety for his college team and has been awarded First Team All-Sec during his college career. He represented his high Mansfield Legacy High School and committed to play for the University of Arkansas.

Early life and Famly of the Footballer

He grew up with his brother Kendall Catalon playing football in the backyard of their house, Kendall is a wide receiver for the Razorbacks.

The two brothers grew up in Mansfield and attended the Mansfield Legacy High School where Catalon was interested in basketball, baseball, and football. 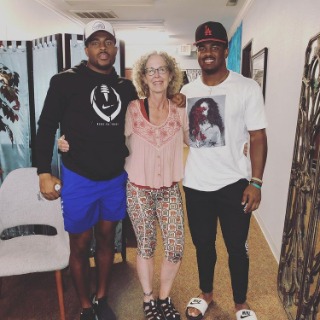 He recorded 183 tackles and nine interceptions in his sophomore year. During his junior years, Catalon has named the All-Area Defensive Player of the Year by the Dallas Morning News.

Ultimately, he chose to play for the University of Arkansas after being rated as a 4-star recruit.

Net Worth, Career Earnings and Sponsors of Jalen

Jalen Catalon's net worth is estimated to be less than $50,000 as per sources. He is still in college, so, he makes no earning by playing football for the college. As per the rules of the NCAA in America, college athletes are not paid. 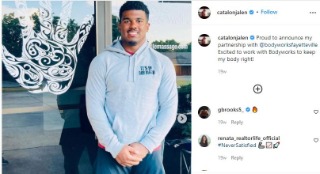 But, he has made several sponsors and partnerships with various brands. That is allowed by the NCAA as the recent rule has been made to allow college athletes to get paid from sponsorships and other factors excluding regular salary.

One sponsorship Janel has is with the CryoFactor which is an Arkansas native Cryotherapy provider. He announced the partnership with CryoFactor on his Instagram where he said,

"Excited to partner with @thecryofactor. To help me keep my body at top shape"

He has also partnered with a Massage Therapist brand named Bodyworks Massage and Wellness. Though the monetary transactions involved have not been revealed, the partners announced their deal in early December of 2021.

Both parties expressed their happiness to work with each other through their Insta.

Who is Jalen dating? (Girlfriend and Love Life)

Jalen is a close person who has never revealed his relationship status to the public. He is barely seen with any girl in the public. And he also does not share his relationship status on his social media. He is a 20-year-old rising star who is fully focusing on his career. So, it might be that, he does not give too much importance to girls.

We can not find any information about his dating life on his Instagram too. His Insta is filled with photos of himself and his friends.