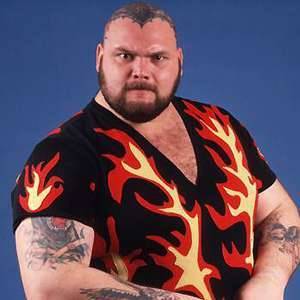 There were some prominent wrestlers, who are not with us at this time. Some of them are Brian Adams, Fabulous Moolah, Killer Kowalski, S.D Jones, Steven Dunn, Mistuharu Misawa, Lou Albano, Umaga, and Steve Williams. Today we remember Bam Bam Bigelow who is not with us. He was born by his full name “Scott Charles Bigelow” on September 1, 1961. He was of American nationality. His ethnicity was white. His birth sign was Virgo. Bam Bam Bigelow had huge impact in the world of wrestling and his legacy follower. He spent 21 years of his career by participating and performing in the World Wrestling Federation (WWF), Extreme Championship Wrestling Promotion and World Championship Wrestling. He was also known by his nick name “The Beast from the East”. He was born to William Bigelow and Diana Bigelow.

He was trained by Larry Sharpe in Monster Factory in New Jersey. The training of Larry Shape made him successful. In year 1987, he wrestled in the Continental Wrestling Association and World Class Championship Wrestling. In May 1987, he went to play with the World Wrestling Federation and performed amazingly there. Later for four years, from 1988 to 1992, he wrestled in the Jim Crockett Promotions and Japan. He returned to WWF in 1992 and played till 1995. On November 28, 1992, Big Boss Man was defeated by him and he made the road to the finals in the “King of the Ring tournament. In the final game, Bret Hart defeated him. He also made his appearances in the Extreme Championship Wrestling. From 1998 to 2001, he was the prominent wrestler of the World Championship Wrestling.

Putting some lights on his personal life and biography, he was a married man. He had a spouse named Dana Fisher. After his marriage, he had spent wonderful and blissful moments with his wife. They shared love and affection with each other. Unfortunately, after some years of their marriage, they came to the gate of separation. They divorced in 2000. They were together and had three children. Once after his divorce, Fisher sued him for non-payment of child support. In year 2000, he received wounds on his body while rescuing his three children from the burning house. After this incident he was hospitalized for two months. After retirement, Bam Bam Bigelow opened a restaurant nearby the Hamlin in Salem Township. He also had been the part of the controversy. On the morning of the 19th January 2007, he was found dead in his home. His cause of death was drugs overdose.

He was considered as one of the most prominent wrestlers in the world. Still, he was ideal for many upcoming players. He had great career earnings. His annual salary was $1.2 million. He had a height of 6 feet and 4 inches. His body weight was 390 lb. He also had inked tattoo on his body.