Michael Austin Riley, a.k.a. Austin Riley, is a professional third baseman and outfielder currently playing for the Atlanta Braves of Major League Baseball (MLB). He was picked in the first round, with the 41st overall selection by the Atlanta Braves straight out of DeSoto Central High School in Southaven, Mississippi. Though he committed to play for the Mississippi State University, he chose to sign with the Braves for $1.6 million.

A native of Memphis, Tennessee, Austin Riley was born on April 2, 1997, as the eldest son to parents Mike and Elisa Riley. His star sign is Aries. Further, he holds an American nationality and belongs to a white racial background.

Austin Riley Net Worth in 2022; What is his Annual Salary? 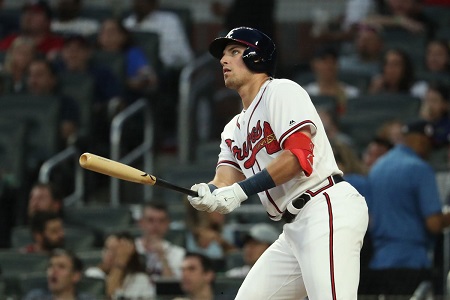 Earlier, he played for seasons playing for minor leagues such as Gulf Coast Braves, Danville Braves, Florida Fire Frogs, Mississippi Braves, and Peoria Javelinas, among others. According to the source, roosters in the majors start at $545,000 per annum, and pay goes up, thanks to the MLB Players Association.

Married To Anna Riley; How is their Marital Relationship?

Austin and Anna first met at high school, but they never talked to each other. After his first year, he came home for the summer break and to attend his sister's wedding, where their love story began. The duo started dating in 2015 and has been inseparable since then. 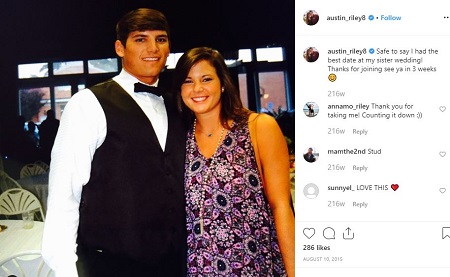 On November 28, 2017, Austin and Anna went for a date night after a long season apart. On the way to eat, the baseball pitcher got a call that he needed to meet up with someone on the way. So, the couple pulled into the parking lot by the river, and Austin asked if Anna wanted to walk around while they waited. 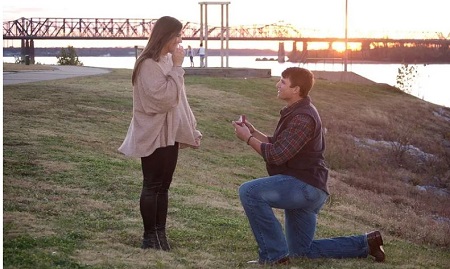 Austin Riley proposing to Anna for marriage SOURCE: the knot

As they walked around, he kept inching towards the river. Suddenly, he came to a complete stop, turned towards her, and knelt on one knee! Of course, the answer was YES! 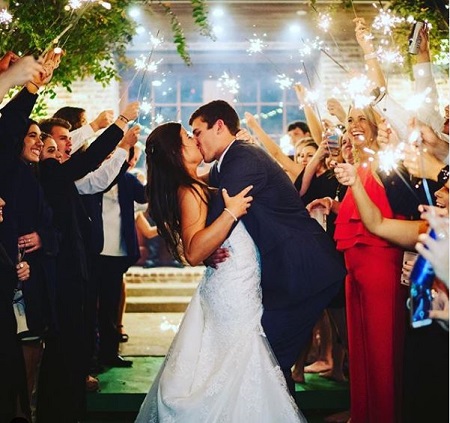 On November 3, 2018, the couple tied the knot at Hernando United Methodist Church at 1890 Mt Pleasant Rd, Hernando, MS 38632. In October 2021, Austin and his wife, Anna announced about expecting their first child together. In April 2022, The duo welcomed a baby boy, Eason Michael Riley.

In the 2015 MLB draft, he was picked in the first round, with the 41st overall selection, by the Atlanta Braves. That season, he made his professional debut with the Gulf Coast Braves. Further, he went on to play for various minor league teams.

In May 2019, he made his MLB debut in his second at-bat and hit a home run off Michael Wacha. His famous teammates include Mike Soroka, Ender Inciarte, and Freddie Freeman.  Riley earned the NL Rookie of the Month Award for May 2019, despite only playing in 15 games. In August, Riley injured his right knee and was placed on the 10-day injured list. In 2019 with the Braves he batted .226/.279/.471 with 18 home runs and 49 RBIs in 274 at-bats.

Austin won the Silver Slugger Awards for the season and sought to earn $4.25 million, and was instead awarded $3.95 million. In July 2021, Riley earned Player of the Week honors for the first time in his career and was added to the MLB All-Star Team.