The twenty-two years old baseball pitcher stands 1.96 m tall and weighs around 99.8 kg. At present, his net worth is approximately $2 million and has an annual salary of $555,000 from the team. Regarding is relationship status, he is dating.

How Much Is Mike Soroka Net Worth In 2019? Know His Salary and Contract

As of 2019, Michael Soroka has an estimated net worth of $2 million, mostly earned through his MLB career.

Georgia on my mind

Mike Soroka, 22, is neither married nor single. Currently, the MLB star is in a relationship with his girlfriend, Jenna Silverberg. According to the source, the duo started dating since 2018. 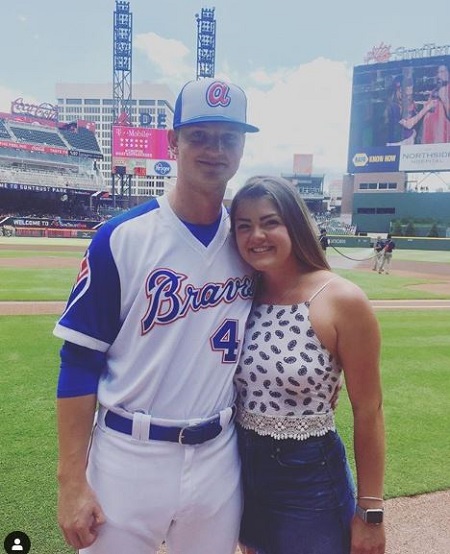 His lady often visits during his game. Besides, there is information about his past affairs/girlfriend.

A native of Calgary, Alberta, Canada, Mike Soroka was born on August 4, 1997. His star sign is Leo. Talking about his nationality, he is Canadian.

He enrolled at Bishop Carroll High School in Calgary, Alberta. He pitched for the junior national team, coached by Chris Reitsma. Upon graduation, he committed to play college baseball for the University of California, Berkeley but did not play.

In the 2015 Major League Baseball draft, he was drafted by Atlanta Braves with 28th overall pick. After being signed by the Braves, he reported to the GCL Braves. Further, he reassigned to the Danville Braves. He spent the 2016 season with the Rome Braves and 2017 with the Mississippi Braves.

On May 1, 2018, he made his MLB debut against New York Mets, pitching six innings, yielding one run, and recording five strikeouts. on April 18, 2019, he made his 2019 season debut against the Arizona Diamondbacks, becoming the youngest pitcher in the National League upon taking the mound.

After being placed on the National League Roster for the 2019 MLB All-Star Game, he set another record: the youngest Atlanta Braves pitcher to be named an all-star. Dallas Keuchel, Mike Foltynewicz, and Francisco Cervelli are his teammates.