Austin Reaves is a rising talented American college basketball player. He has played in the Big Conference 12 for the University of Oklahoma's Men's basketball team. Reaves played for Wichita State University in his freshman and sophomore years. Austin plays as a Shooting Guard for his team. He was named into Bif 12 All-Newcomer Team in 2020.

Auston Reaves was born Austin Tyler Reaves on May 29, 1998, in Newark, Arkansas. He is among the two children born to Nicole Willett and her husband, Brian Reaves. Both of his parents played college basketball for Arkansas State University. His mother was an all-conference forward and averaged over 20 points per game in her final season, and his father played point guard and is tied for third on ASU’s career assists chart. He has a brother named Spencer, who plays at Central Missouri University. Austin stands six feet and five inches tall and weighs 93 kgs.

Austin started playing basketball from a very early age. He played in his backyard along with his brother and his parents. Reaves played basketball for his High School team. Austin won back-to-back Class 2A state titles in his first two years. Reaves scored 73 points in a triple-overtime win over Forrest City High School. At the end of the senior year, The player averaged 32.5 points, 8.8 rebounds, and 5.1 assists per game, leading his team to a Class 3A state title. After graduating from High School, Austin committed to play for Wichita State University.

Reaves averaged 4.1 points per game in a reserve role. After the season, Reaves underwent surgery to repair a torn labrum in his right shoulder, which had dislocated three times during his college career, which made him miss numerous games. As a sophomore, Austin averaged 8.1 points and 3.1 rebounds per game, shooting 42.5 percent from the three-point range. For the junior year, The player transferred to the University of Oklahoma. He averaged 14.7 points, 5.3 rebounds, and three assists per game and was named to the Big 12 All-Newcomer Team.

For the senior year, Austin played in twenty-five games and started in all of them. He averaged 5.5 rebounds, 4.6 assists, 0.9 steals, and 18.3 points per game. After graduating from the University, Austin listed his name for the 2021 NBA draft.

Unlike other NBA draftees, Austin is not active in social media. He has become successful in keeping his personal life away from the public. He is very much early in his career and must be focusing on his upcoming draft. 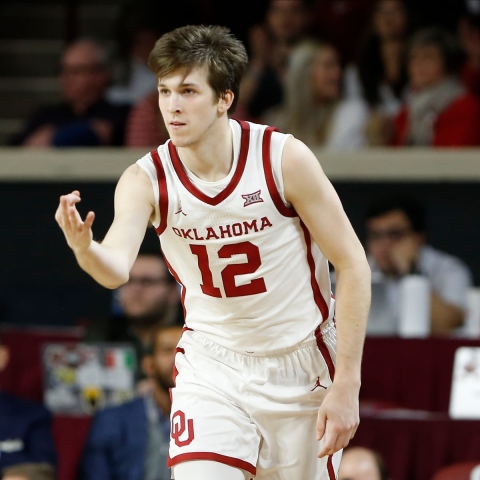