Austin Ernst is a very talented American professional golfer. She is garnering a lot of fame due to her amazing skills that she showcases in different golf competitions. To this date, she has managed to win two amateur titles that include NCAA Division I Championship in 2011 and North and South Women's Amateur in 2012. Most recently, she competed in the LPGA Drive On Championship and is leading the scoreboard.

The Louisiana State University graduate is the daughter of Mark Ernst and Melanie Buchanan Ernst. Apart from her parents, she also has a sibling, an older brother named Drew Ernst. Both her father and brother are professional golfers.

Ernst’s Career Plus Net Worth Details

The now-professional golfer was interested in golf since a young age, as her father was a golfer too. Following some learning, she went on to play for the LSU Tigers for two years. During her time there, she took part in different events and managed to win three of them, which includes the 2011 NCAA Division I Championship.

Seven months later, on March 7, 2021, Ernst celebrated her third professional win at LPGA Drive On Championship after she came up ahead of the second-placed Jennifer Kupcho with a winning score of 67-67-69-70=273.

With such a flourishing career, it must be sure that the talented golfer has managed to bag a huge amount of money. So, how much is her net worth? Well, nothing can be said as of now, as she is yet to officially disclose her net worth.

Nonetheless, through her LPGA profile, it is known that her career earnings is $4,127,272. In 2021, she has so far earned $245,466 and is the second highest-earning LPGA golfer only behind Nelly Korda.

Is Austin Dating Someone? Is she Married?

The Greenville, South Carolina native is a happily engaged girl. She is spending some of the happiest moments of her life alongside her fiancé, Jason Dods, a passionate traveler. 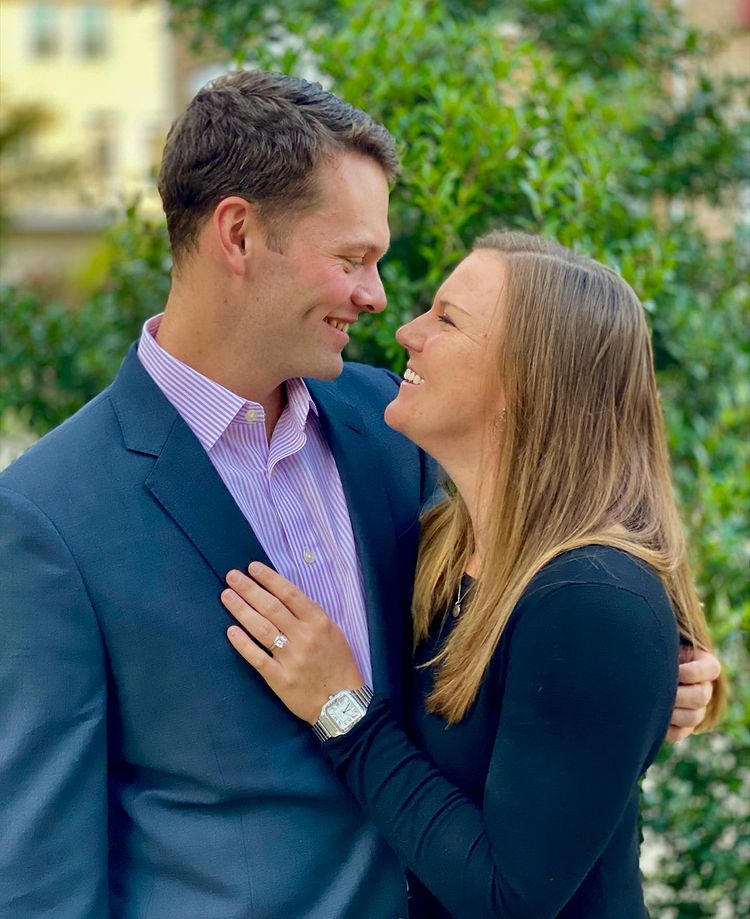 Since that day, the beautiful couple has always been together and has never let go of a chance to flaunt some cute pictures alongside their partner. For illustration, on November 18, 2019, Austin’s boyfriend took to his Instagram handle to share a picture with his girlfriend.

Almost 2 years after making their relationship public, on September 23, 2020, the romantic boyfriend-girlfriend duo decided to take a huge decision and got engaged. On the same day, both of them shared an adorable picture from their engagement ceremony. In the picture, there were smiles all around the duo’s face, and Austin was seen with a huge diamond ring on her ring finger.

And, ever since the two got engaged, their bond has been stronger than ever. Furthermore, with their ever-growing togetherness, it seems that the day isn’t far when they share the wedding vows.

Ernst Has A Close Bond With Her Family

The glamorous golfer has a very healthy relationship with her parents as well as her older brother. She is usually seen sharing some lovely pictures with her family members through her Instagram and Twitter handles.

For instance, on June 15, 2014, on the occasion of Father’s Day, she shared an adorable picture with her father through her Twitter handle. Also, she captioned the picture writing that her father is her hero and the greatest man she has known to date. 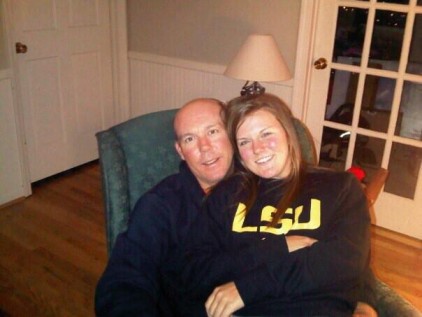 Likewise, through an Instagram post of September 1, 2014, the golfer expressed her happiness after playing and winning a golf match alongside her very talented brother.

Furthermore, on May 14, 2017, on Mother’s Day, she posted a picture alongside her mother, Melanie, that dated back to her childhood days. In the picture’s caption, she thanked her mother for everything she did, and then went on to mention that she wouldn’t be where she is now if it wasn’t for her mother.

As for her physical appearance, she stands at an average height of 5 feet 5 inches (1.65 meters) and weighs around 63 kg (138 lbs). Other than that, there are no other details regarding her body measurements.