Anna Maria Nordqvist, well recognized as Anna Nordqvist, is a Swedish professional golfer who plays on LPGA Tour as well as the Ladies European Tour. Currently ranked 95th in the world, she has won the 2009 LPGA Championship and the 2017 Evian Championship.

Anna Nordqvist Net Worth As Of 2020

A professional since 2008, Anna Nordqvist has summoned an enormous sum from her golf career. As of 2020, her net worth is estimated at $6 million. With a career prize money of $9,065,761, she is ranked #23 in the highest LPGA earner where Annika Sorenstam, Karrie Webb, and Cristie Kerr are ranked 1st, 2nd, and 3rd respectively. 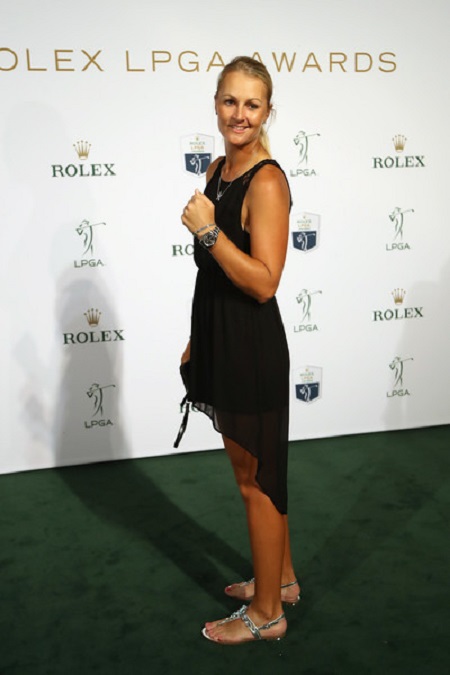 Besides earnings from golf, endorsement deals are considered another significant source of income. At present, she is endorsed by various brands, including Rolex. Further, she is an ambassador to Parsons Xtreme Golf, ROLEX, MGM Resorts, 8Birdies, Silverleaf Club, lululemon, and JLab Audio.

Who is Anna Nordqvist's Boyfriend?

Anna, 32, is neither married nor single. Currently, she is engaged to fellow LPGA star, Kevin McAlpine. The is dating since April 2016. After being in a relationship for almost two years, the couple got engaged on 13 December 2018. 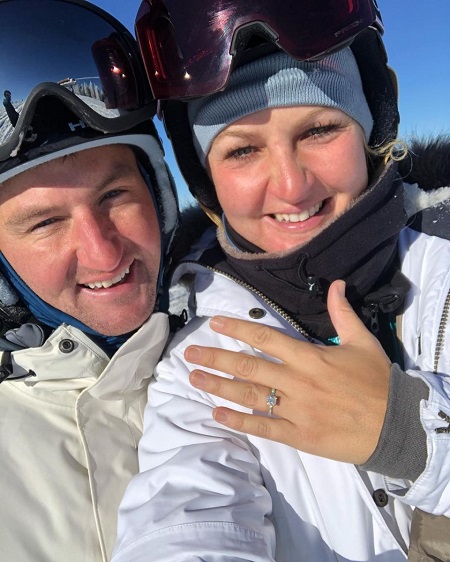 Reportedly, Anna's partner Kevin got down on his knee and romantically purposed her at Steamboat Springs, Colorado. The Swedish golfer flaunted the pictures of her beautiful engagement ring and said that she couldn't wait to spend the rest of her life with her boyfriend-turned-fiance, Kevin and make him a husband.

Anna Nordqvist was born to parents: Urban and Maria Nordqvist. She grew up alongside her two brothers Mikael and Mattias Nordqvist.

Upon her high school graduation, she attended Arizona State University. She relocated to the United States to play college golf before turning professional.

Nordqvist had her first professional tournament and major win, the LPGA Championship in Maryland in June 2009, in just her fifth appearance on the LPGA circuit, which led to her naming as a captain's pick for the Solheim Cup. Later five months in November, she won the LPGA Tour Championship, marking her 2nd victory of the season. She was named  Rookie of the Year on the LET as well as became runner-up to Jiyai Shin for the LPGA Rolex Rookie of the Year honors.

Nordqvist won her fifth official LPGA Tour championship in late May 2015. She birded the second-to-last hole and bogeyed the 54th hole in Galloway, New Jersey, to win by one stroke over Dutchwoman Christel Boeljon.

In 2016, she was defeated by Brittany Lang due to a violation of a rule. She won her second major, The Evian Championship in France in September 2017 after overcoming American Brittany Altomare in a play-off under horrific conditions.