Austin Ekeler is a professional American football player in the National Football League. (NFL). As of 2022, Austin Ekeler plays for the Los Angeles Chargers as their Running Back. He played college football at Western State and was signed by the Chargers as an undrafted free agent in 2017.

Ekeler reportedly earns around $4.5 Million as his yearly salary from Los Angeles Chargers. Further, Austin Ekeler has an estimated net worth of over $5 million.

As of 2022, Austin Ekeler has an estimated net worth of over $5 million, similar to Kyle Lauletta. His salary for the 2019 season was reported to be $555,000. In March 2020, Ekeler agreed to a 4-year, $24.5 million deal as a restricted free agent running back. As per the contract, Ekeler will receive $15 Million as the guaranteed amount.

The exact detailed information regarding his relationship status with Austin is not confirmed yet. Still, on his official Instagram post, he posted a photo with a lady captioning, "Great times, great company." 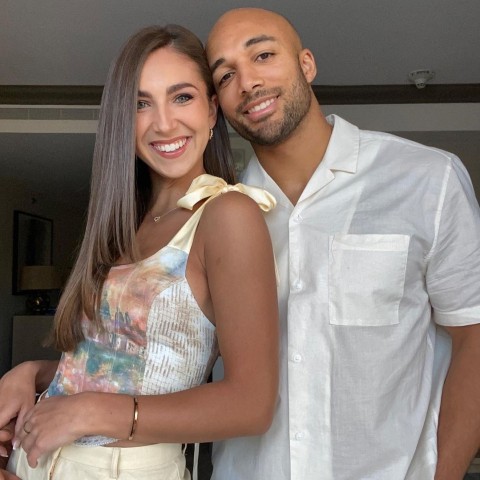 Austin along with his girlfriend, Melanie SOURCE: [email protected]

Austin is an active social media user, and following his accounts, it seems like he is single as of 2022. Still, as per sources, The player is involved in a romantic relationship with his longtime girlfriend, Melanie Wilking. The love birds have been dating each other for more than a year. Melanie is a model and a freelance dancer. She keeps sharing photos of them in her timeline regularly.

It's been more than a year since the romance between Melanie and Austin, but they have yet to get engaged or tie their wedding knot. They must wait for the right time to start their family and love life.

Talking about his body measurements, he is 5 feet 10 inches tall and weighs about 91 kilograms.

Austin Ekeler was born on May 17, 1995, in Eaton, Colorado, the United States, to his mother, Suzanne Ekeler-Adams. As per his nationality, he is American and belongs to a Mixed ethnic group, and his star sign is Taurus.

He also has a younger brother Wyett Adams and was raised in Colorado Springs before transferring to Eaton. His mother, Suzanne, played college basketball at the University of Colorado, Colorado Springs. She has coached high school sports for years while teaching math. 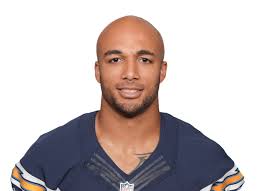 Austin currently plays in the NFL with the Chargers SOURCE: ESPN.com

In his NFL debut, Austin had two receptions for 18 yards. He had a decent start to his NFL career. In the second season, Ekeler was part of the season opener against the Kansas City Chiefs and rushed 39 yards o along with five receptions for 87 receiving yards and a receiving touchdown in the 38–28 loss. The Chargers earned the #5-seed for the AFC Playoffs. In 2019, Austin had a decent season with  557 rushing yards and three rushing touchdowns.

In early 2020, Austin extended his contract until the 2023 season. The player suffered a hamstring in the fourth week and missed eight weeks. Ekeler rose to fame in the 2021 season after tailing 206 attempts for 911 yards. Ekeler and Colts running back Jonathan Taylor led the NFL in touchdowns. He is having a decent time with the club and will be playing for a few more years at the top level.

During his career with the Chargers, he played against several reputed teams like Kansas City Chiefs, San Francisco 49ers, Denver Broncos, and many more. He plays alongside famous cornerback Jason Verrett and the Charger's Defensive End Joey Bosa.