Ariarne Titmus is an Australian professional swimmer who is one of the most popular swimmers of all time. She is a part of the Australian Olympic team to represent in Olympic Games Tokyo 2020. Recently, Tasmanian-born lady swimmer hit the world by a storm of her capability when she won the 2 gold medals in 200 meters and 400 meters. In the process, she defeated the world record holder Katie Ledecky from the United States at the age of just 20.

Ariarne Titmus of Australia won gold in the women’s 400-meter freestyle on Monday, beating defending champion and world-record holder Katie Ledecky from the United States. With that, the future of Australia's swimming became the third Australian along with Ian Thorpe and Shane Gould to win both 200 and 400 meters at the Olympic games.

Ariarne Titmus was born on 7th September 2000 in Launceston, a city in the north of Tasmania, Australia. Later, she and her family moved to Queensland, Australia for better training and opportunities.

Arnie graduated from St Peters Lutheran College in 2020 and has been dedicated to swimming for Olympics since then. 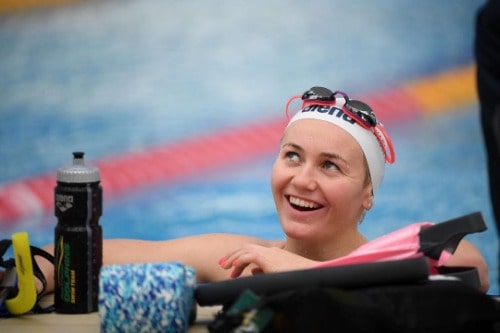 Talking about physicality, Titmus is just 5 ft 10 inches in height and 63 kg in weight. As of July 2021, she is just 20 years old and her zodiac sign is Virgo.

There are 4 family members in the Titmus family. Her mother's name is Robyn Titmus and her father's name is Steve Titmus who is a journalist, news presenter, and communications consultant by profession.

She has one sister named Mia Titmus. How about the Net worth and Salary of Ariarne?

According to sources, the estimated net worth of Ariarne Titmus is more than $1 million. The main source of income of Ariarne is from swimming. It includes different prizes and bonus amounts she has won by swimming.

Being an Olympic gold winner, new brands endorsements and sponsorship are soon coming to her. So, no doubt, her market value is surely going to raise. 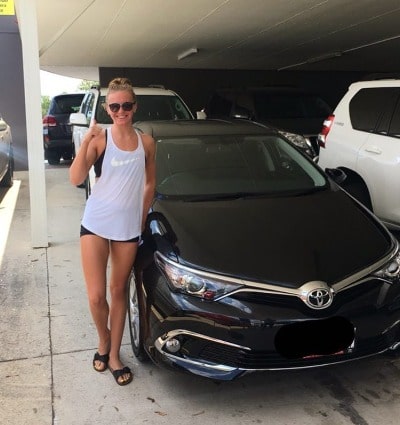 Coming from a well-economic background, she has a lavish lifestyle and her earnings are probably going to rise with her age.

Ariarne relationship status; Who is her Boyfriend?

The beauty swimming queen of Australia has never talked openly about her relationship with any boys. But she frequently shares his photos with fellow swimmer Kyle Nieslar. This duo sometimes posts photos with each other but has never opened about their affairs.

While digging a little in these pair Instagram, we found out that Ariarne and Nieslar both followed each other. 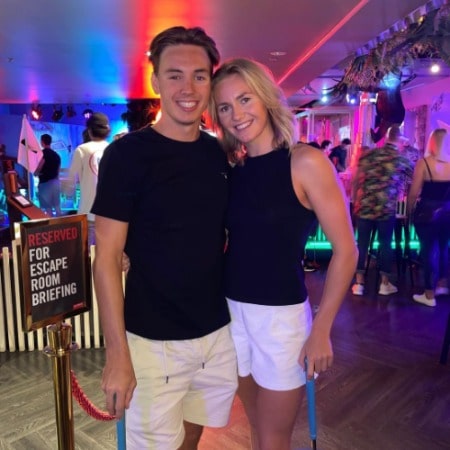 Ariarne Titmus with her friend Kyle Nieslar in a party SOURCE: [email protected]_

In one post of Kyle, where these two couples were seen together, Kyle posted One year in which Titmus replied with Love You. This might be proof of these two having a romantic relationship.

Only Ariarne Titmus can guarantee if these pairs are just friends or dating each other.

The Olympic superstar started swimming from her early days and started representing her nation at the age of just 17. In 2018, the freestyle swimmer competed in Commonwealth Games and went on winning gold at 400m, 800 m, and 4 X 200-meter freestyle.

At just 20 years of age, the Australian queen of the pool has made all her nations proud and more prizes with pride is yet to come.

Besides swimming, the swimming sensation from Queensland has a love for food. As mentioned in the profile of her Instagram, she loves Nike shoes and has a dog named Lucy.

She frequently posts her swimming and training photos on Instagram. 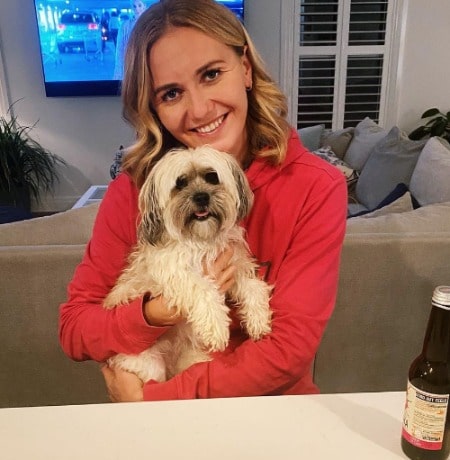 Ariarne in a red shirt with her dog Lucy SOURCE: [email protected]_

Explore your favorite athlete at PlayersWiki.