Twenty-six years old Brazilian MMA fighter, Ariane Carnelossi is all set to make her UFC debut. A professional since 2014, Carnelossi has only a single loss out of 13 fights. She has competed in the events such as Thunder Fight, MMC, Future FC, among others.

Regarding her relationship status, the fighter is possibly single. Further, her net worth is estimated at six-digit figures.

As of 2019, Carnelossi's net worth is estimated no less than six-digit figures. The main source of her income is her MMA career.

Matter of fact, there is no fixed salary for the fighter in the MMA industry. They get paid per fight. According to the source, MMA fighters earn $34,000 per annum in average. 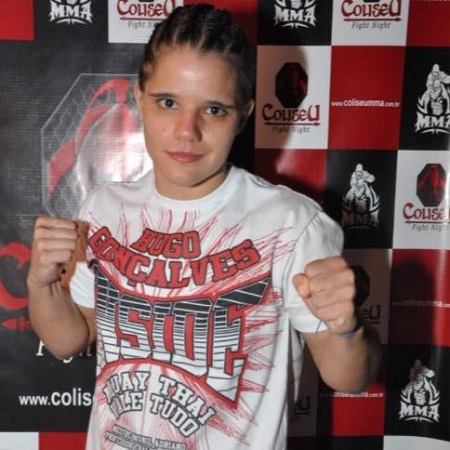 As she signed to UFC, fighters at UFC earn a base salary per fight. Furthermore, the fighters also earn “fight of the night” and “performance of the night” bonuses which is around $50,000 for fighters who perform extraordinarily on fight night.

Besides, endorsement and sponsorship are also a source of income for MMA fighter. Earlier, Carnelossi was sponsored by a few private companies, which helped her for traveling and preparation costs.

Some of the highest-earning women's fighters are Amanda Nunes, Valentina Shevchenko, Rose Namajunas, and Claudia Gadelha.

Analyzing her Instagram account, Carnelossi has shared numerous pictures with a fellow MMA fighter Hugo Gonçalves. Her fans suspected Gonçalves as her boyfriend. Clearing things up, the two are not dating, they are good mate. In fact, Gonçalves is in a relationship with a lady named Lívia Saito. 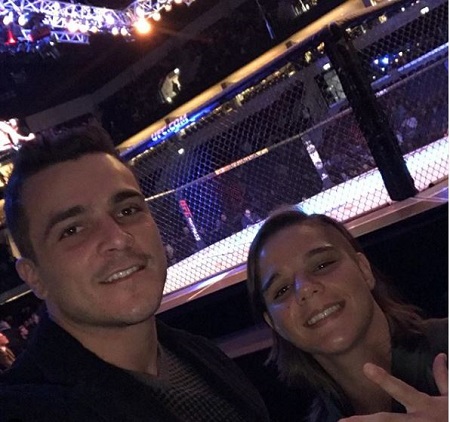 Carnelossi who stands 5 feet 2 inches tall is possibly single and unmarried. Besides, there are no records of her past affairs or boyfriend.

Throughout her five years long MMA career, Carnelossi has only one loss- her debut fight against Amanda Ribas at PC - Pentagon Combat 20 on 27th September 2014.

In an interview, Carnelossi said, she was supposed to face another fighter but ended up competing against experienced one. Further, she added, she doesn't like to remember that moment as she was dissatisfied with the organization stating "promised one thing but delivered something else."

Further, she trained jiu-jitsu where she holds a brown belt under master Marcio Mendes. Likewise, she has a black ranking in muay Thia and kickboxing as well.

In August 2019, Carnelossi signed to UFC. She was scheduled to face Talia Santos at UFC on ESPN+ 14 in Uruguay. However, the fight was canceled following Santos being forced out with injury. 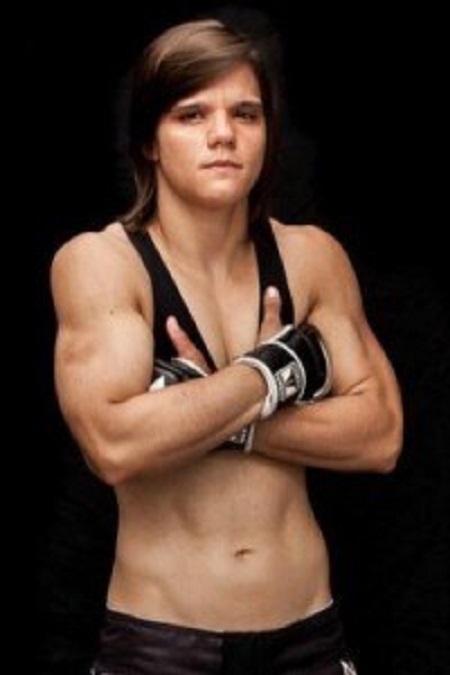 After a month, UFC announced that she is expected to face Angela Hill on 22nd September 2019 at UFC on ESPN+ 17 in Mexico City.

A native of Sao Paulo, Brazil, Ariane Carnelossi was born as Ariane Cristina Carnelossi on 17th November 1992. Her star sign is. As per nationality, she is Brazilain. As of 2019, she is 26 years old.