Aref Gholami is a well-known Iranian football player who plays as a center-back for Esteghlal in the Persian Gulf Pro League. In his current club, Gholami wears jersey number 5, and he is also considered one of the most important players on his team as Gholami has outstanding football skills. Apart from playing for his team, Gholami is also a national player who has already made his international debut.

From an early age, Gholami developed an interest in pursuing a career in football. In his early career, he played for Sepahan and also helped the team to win multiple games or titles. Besides that, Gholami is also recognized as the brother of Ali Gholami. Ali is also a renowned Iranian footballer who played as a center-back for Sepahan in the Iran Pro League.

Short Insights On His Age and Early Life

Aref Gholami was born on April 19, 1997, in Gorgan, Iran. So, he holds Iranian nationality and stands at the height of 5 feet 10 inches. Meanwhile, he has an athletic body and performs great on the field. Gholami is a family person who spends private time with them.

So, due to his low-key nature, we are unable to reveal much about his family background. No doubt, he has received huge support from his mom and dad to get involved in this field. Also, Gholami credits his parents for the success obtained by him at this age. In addition to that, Gholami is not only the child of his parents as he grew up alongside his brother named Ali Gholami. As said earlier, he is also a footballer who played for Sepahan in the Iran Pro League.

Starting with his early days, Gholami initially played for Sepahan, an Iranian sports club based in Isfahan, from 2010 to 2015. After finishing his youth career, Gholami got an opportunity to play for another club, and on July 22, 2019, he joined Esteghlal FC, an Iranian football club based in the capital Tehran that mainly competes in the Persian Gulf Pro League and AFC Champions League.

Apart from that, he has also participated in the Persian Gulf Pro League and made his debut on December 1, 2016, by playing in a match against Gostaresh Foolad. During his time at Sepahan, he made 32 appearances but didn't score any goals. 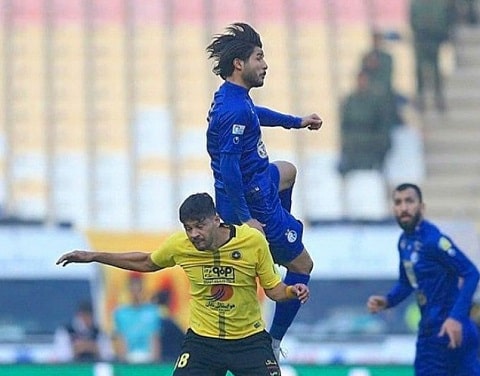 Aref Gholami participating in one of his games SOURCE: Instagram @arefgholamii

Moreover, Gholami has also helped his team to win some titles, including Persian Gulf Pro League (1): 2021–22 and Hazfi Cup Runner-up (2): 2019–20, 2020–21. On the other hand, Gholami is also a national player who was called up for Iran international football team ( Team Melli ) for friendlies against Uzbekistan and Mali on October 4, 2020.

Furthermore, his international debut came on March 24, 2022, when he played in a match against the Korea Republic.

Gholami is a footballer, and most of his gains come from being a football player. In Iran, football is the most prevalent sport. So, footballers in the respective nation may get a good sum of money. However, the actual amount of Gholami's earnings is missing from the web sources.

According to the Transfermrkt, Gholami's current market value is €600Th. His highest market value was €700Th on July 28, 2021. So, having such an impressive income, Gholami's net worth is pretty remarkable, and he may have a lavish lifestyle. 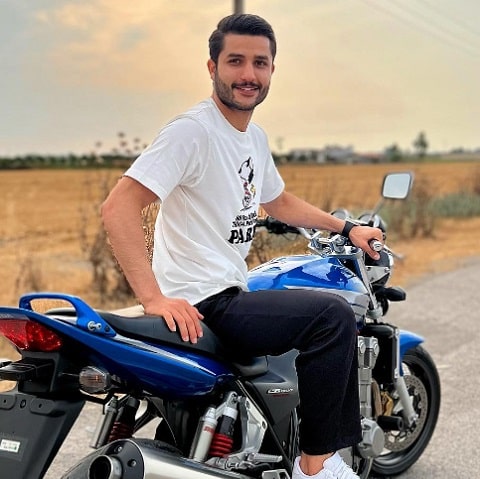 Moreover, Gholami flaunts his lifestyle via his Instagram handle. In addition, he may take home some profit from sponsorship and endorsement deals. As per the Influencer Marketing Hub, Gholami has a chance to earn $2,984.25 - $4,973.75 from a single post as he has amassed massive fan followings.

Love Life: Is Gholami Dating Someone?

The young player appears to be leading a single life. Till now, Gholami has not been involved in any rumors or controversies regarding love affairs. In the same way, none of his social media posts hints about him being involved in a relationship.

From this, it can also be said that Gholami is a private person who prefers to keep his life far from the public domain rather than flaunting it in the media. So, his low-key nature makes it more challenging to know about his personal life. 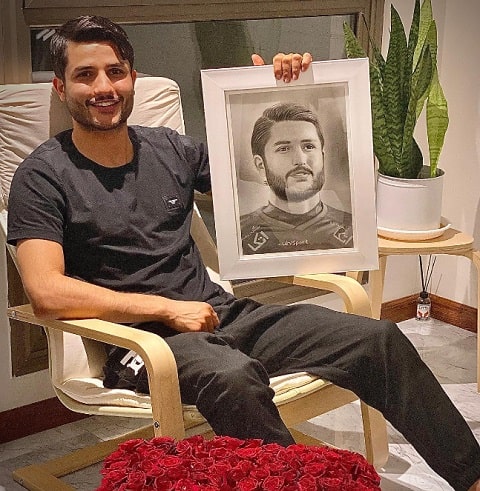 Apart from that, Gholami has made some posts with a child, and his followers thought that the child was his own. But it was revealed that Gholami was her uncle. No doubt, Gholami is a family person who loves spending quality time with his family members.

Moving onwards, Aref Gholami is an active social media user who has a strong fan base on his Instagram handle. On Instagram, Gholami is registered under the username @arefgholamii. And he made his first post on IG on April 1, 2017.

Not to mention, Gholami's account is already verified, and from there, he updates his fans and well-wishers. So, to get updated on his lifestyle, we can follow him there. Apart from Ig, we can't find his official accounts on other social media platforms.

Some Facts Of Aref Gholami