Anton Stach is a well-known German professional footballer who plays for Bundesliga club Mainz 05 and the Germany national team. His position is a midfielder. Since July 31, 2021, Stach has been playing for Mainz 05, and his contract with the team will expire on June 30, 2024. The young footballer comes from a family who has an athletic background, as most of his family members are engaged in sports.

Further, Stach is a strapping midfielder who used to play forward but now anchors his club side's play. Besides, he has more than a little in common stylistically with retired German great Stefan Effenberg. Stach has also played for the German national team, and he made his debut for the senior team on March 26, 2022, by playing against Israel.

Anton Levi Stach was born on November 15, 1998 in Buchholz in der Nordheide, Germany. As of early 2022, Stach is 23 years old. Stach was raised by his supportive parents, Matthias Stach and Micky Stach. As said earlier, he comes from a sporting family.

He has two sisters named Emma and Lotta. Both of them are professional basketball players. On the other hand, Stach's father is a qualified sports scientist who commentates on tennis and football. And his father also commentated on one of Anton's games. 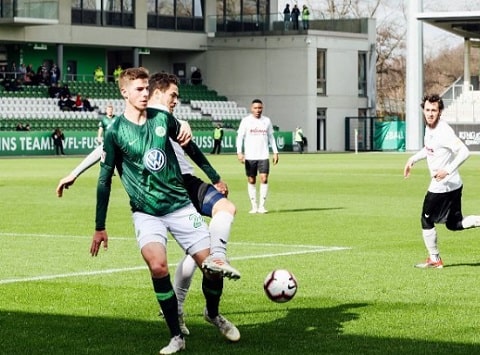 Anton Stach in one of his early games SOURCE: Instagram @anton_stach

So, Stach has received huge support from his family, and there is a major role of his mom and dad in his success. So, from an early age, he got involved in sports, and when he was young, Stach joined Buchholzer FC.

His football career started with Buchholzer FC, where he played until 2011. After that, he joined Werder Bremen. He played for Werder Bremen until the B-youth. And from 2015 to 2016, he also played at JFV Nordwest. After that, Stach went on to play for VfL Osnabruck. For the 2017-18 season, Stach joined SSV Jeddeloh from Regionalliga Nord.

After spending one year with them, he entered VfL Wolfsburg and also played for the second team of Wolfsburg-based. With VfL Wolfsburg II, he made 40 appearances and scored six goals. And for the 2020-21 season, he came into the team of Greuther Furth, where he signed a contract until summer 2023. With them, he played in 30 games and also scored one goal. 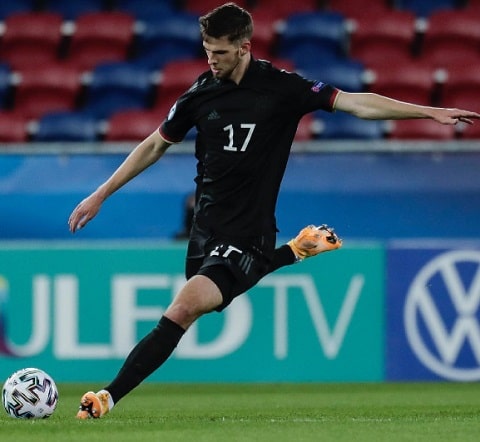 On July 31, 2021, Stach joined Mainz 05, and his contract is until June 30, 2024. Apart from his club career, Stach has also played for the national team. He was called up for the Germany national under-21 football team in March 2021 to play in the group stage of the 2021 UEFA European Under-21 Championship.

And he was called up to the senior Germany team matches against Israel and the Netherlands. So, Stach made his debut on March 26, 2022, by playing against Israel after coming as a substitute for Julian Weigl.

Stach plays for Bundesliga club Mainz 05, and Salary sports reports that he earns £15,000 per week and £780,000 per year. Before that, Stach has also represented various teams and has surely received a huge profit. According to Transfermrkt, Stach's market value is €13.00m. While leaving Greuther Furth to play for 1. FSV Mainz 05, his market value was €2.50m.

Besides that, he has also played for the Russian national team and has given his best on the field. A footballer in Russia has an average salary of $10448.10 per year and $5.02 per hour. So, playing for the national team, Stach may earn in the same range. 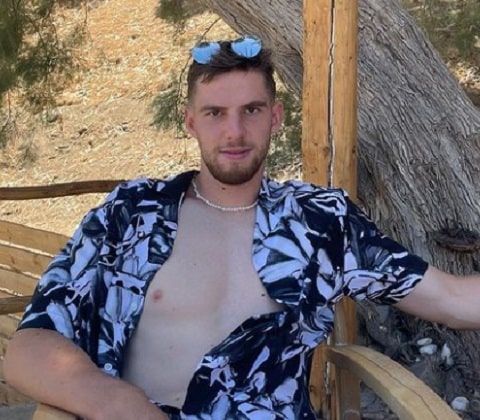 Further, Stach has helped his team to win multiple games, and he has also received some cash prizes due to his performances. On the other hand, Stach also makes money from sponsorship. His Instagram shows that he works with Adidas. So, working with the brand, he may receive a decent profit.

Is Stach Single or Dating Someone?

The young footballer is currently single, and he does not have a girlfriend. There are no records of him dating anyone at the moment. Currently, Stach is focused more on his career, and he is also at his peak point. So, rather than searching for a life partner, Stach may be working hard to get more success in his life.

Apart from that, Stach is also a private person like many other athletes who prefer to keep their life away from the limelight. So, he has not made a single post about his personal life on social media. Till now, he has not given any hint about his love affair.

Anton Stach is fond of using networking sites, and he is primarily active on Instagram. We can follow him on Instagram under the username @anton_stach, and he has been followed by more than 14.4k followers. Further, his account is also verified. 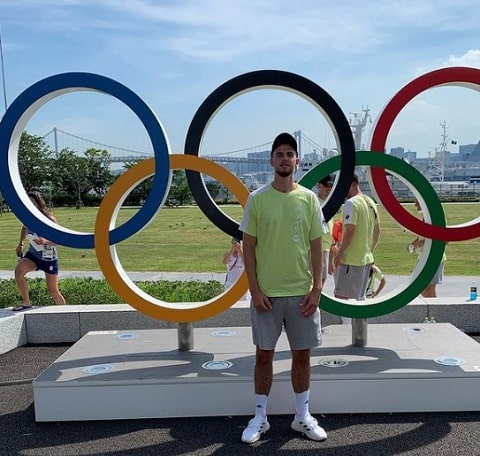 Going through his posts, we can say that Stach lives a happy life, and he loves exploring different places during his leisure time. He has gone to various locations and has also shared multiple snaps.

Some Facts About Anton Stach