Anthony Elanga is a rising Swedish professional football Player. He is currently playing in the Premier League for Manchester United. Elanda has represented Sweden in numerous divisions from U17 to U21. Anthony made his senior premier league debut in May 2021 and has scored a goal for the team.

Anthony Elanga was born Anthony David Junior Elanga on April 27, 2002, in Hyllie, Sweden. He is the son of  Joseph Elanga was his wife. His father was also a professional football player and represented Cameroon in international matches. Elanga comes from a mixed family of descent. Elanga stands five feet and ten inches tall and weighs 65 kg.

Anthony started playing football from a very early age. He joined his hometown club, IF Elfsborg, and trained with the club until 2014. His father installed his interest in football and remained his source of inspiration. Elanga played for the Malmo FF for a season in 2014 before moving to the United Kingdom and playing for the Manchester United Youth club. The Swedish player impressed in the camp and was promoted to the senior team in early 2021. 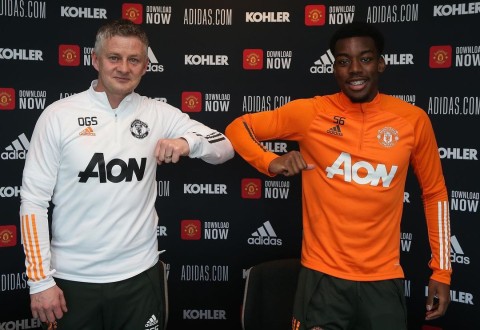 Elanga was part of the 2019-20 EFL Trophy with the United's U21 team. He was named into the senior team numerous times but couldn't make it to the ground. Anthony played his first senior team match against Leeds United in the UEFA Europe League. Elanga scored his first goal for the United in the game against Wolverhampton. He won the Jimmy Murphy Player of the Year Award in the 2019/20 season. Anthony will play alongside Cristiano Ronaldo and Paul Pogba in the 2021 season.

Regarding his international team appearance, Elanga had the option to represent numerous countries but chose to play for Sweden. In 2018, He was part of the Sweden U17 team and scored two goals playing in five matches. The following season, Anthony was called for the U19 team and appeared in three games. In early 2021, Elanga represented the U21 team for Sweden and scored a goal against Finland.

Anthony keeps posting numerous photos in his Instagram timeline. His timeline is filled with pictures of his training, games, and friends. Following his timeline, we can be sure that Anthony is single as of 2021. He is very much early in his career and is focusing on making a bright career ahead.

On the other hand, Anthony could secretly be dating someone and waiting for the right time to open about his relationship status. Until then, Elanga is believed to be single and living a happy life.

Anthony has an estimated net worth of more than $1 Million. He has accumulated most of his net worth through his successful career as a football player with Manchester United. Elanga signed a new long-term contract with the club in March 2021. However, None of the parties has shared his contract details.

Anthony must be making a handsome amount through his sponsorship deal with Nike. Elanga is very much early in his career and il be making millions in the future.