Anna McClung is a former soccer player. She did not get much chance to represent her country. Anna was a top player and a leader during her college-level soccer. She was regarded as one of the best players to play the sport for her scoring goals' natural talent.

Anna McClung was born on November 9, 1994, in Kingsport, Tennessee. She is among the two children born to Marcus McClung and his wife, Lenoir McClung. Her father is an attorney, and her mother was a driving teacher. She has a brother named Mac McClung, an American College basketball player currently playing for Texas Tech. After graduating from Gate City High School, Anna enrolled at the University of Tennessee.

Anna McClung has earned a good sum through her short soccer career. She has an estimated net worth of more than $100,000. The average salary of a U.S female soccer player is more than $40,000. Anna has stopped playing football after playing for her University Team. 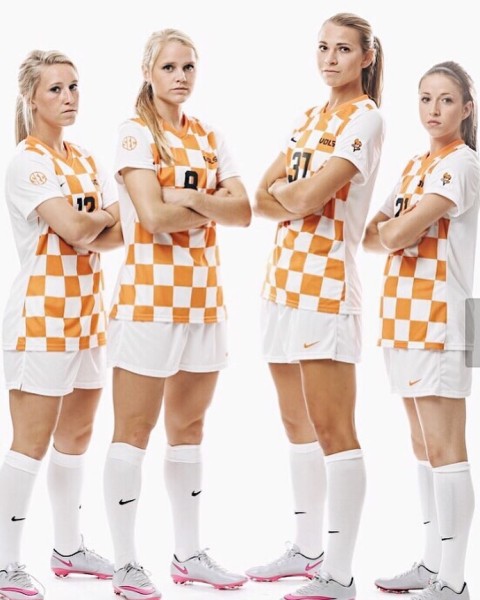 Anna currently works as a certified personal trainer. She has not shared information about her earnings with the public.  Alex Morgan is a well-known American soccer player and an Olympic Gold Medalist with a net worth of more than $3 Million.

The Former Soccer player, Anna, is in a romantic relationship. She is engaged to her longtime boyfriend, Nolan Ray. The love birds got engaged on August 31, 2020. The duo has been dating each other for more than two years. Anna shared the news through a post on her Instagram with Nolan's pictures kneeling with rings on his hands, and Anna was amazed.

During her senior year, Anna was selected into the U.S U-18 Women's National Team. After graduating from High School, Anna received Wayne Basler Women's Soccer Endowed Scholarship and was rated as the nation's No. 3 overall recruits. She joined Florida State University over several other top-ranked Universities. She played 25 games in her first year with her college team.

For her Junior year, Anna transferred to the University of Tennessee. She started her game with the team and ended her college career with several records to her name to date. Her brother, Mac, is currently playing basketball as a point guard for Texas Tech. He is in his senior year