Sofia Anna "Sonya" Kenin is an American professional tennis player who has a career-high WTA ranking of No. 12 in the world. In 2019 alone, Kenin won three singles titles and two doubles titles on the WTA Tour. She turned professional in 2017.

A native of Moscow, Russia, Sofia Kenin was born on November 14, 1998, under the star sign of Scorpio. Kenin was a child prodigy in the sports. She has a height of 5 ft 7 in and plays right-handed (two-handed backhand). She currently trains under coach Alex Kenin.

A professional tennis player earns money in various ways. Kenin has an estimated net worth of $1 million. Kenin earned a total of $2,959,382 in prize money for winning a total of 3 WTA and 4 ITF singles and 2 WTA and 2 ITF in the competitions. Her 2020 earnings from the tennis until now amount to $40,650. 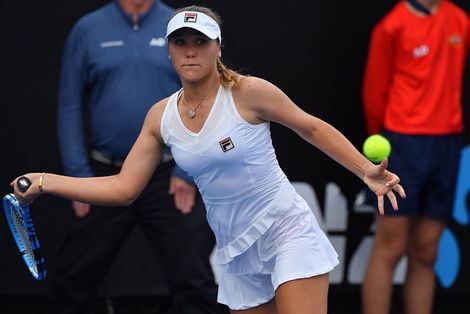 Pro tennis player Kenin also earns money from other sources. She receives money from her endorsement and also is benefited from sponsorships. She is sponsored by a global brand FILA. Kenin's other sources of income and assets like salary, cars, houses, lands are not revealed yet.

The 20-year old tennis star is currently not dating anyone and is single. She has remained focused on her career, leaving all things behind. The budding player Kenin is determined and more focused on her career than anything else, for now. She is still single a single 20 years old young athlete. No such information on her personal life is put up for disclosure so far.

Sofia Kenin was born on November 14, 1998, in Moscow in Russia. She is the only daughter of Alexander Kenin and Lena Kenin. After she was born, her family emigrated to the United States. Her parents had previously lived in New York City. Her mother worked as a nurse in the Soviet Union.

Kenin drew inspiration from her father to play tennis at the age of five as her father played tennis for recreation. Her parents quickly realized her potential and put her to training in Florida. Rick Macci coached her for seven years.

"Back then [when Kenin was five], I came right out and said Sofia was the scariest little creature I’d ever seen. It was unique: the hand-eye coordination and her ability to take the ball immediately right after the bounce. I have a lot of kids do that, but it was almost like it was baked in already, even though she was little, and the racket was bigger than her. The only player I’ve seen like that is [former world No. 1] Martina Hingis".

At the age of 14, Kenin started playing tennis as her career. But her journey of tennis began only after winning the 2015 USTA International Spring Championships. She also won the USTA Girls' 18s national championship. The same year she made her debut at the 2015 US Open and reached the final at the junior event at the US Open. 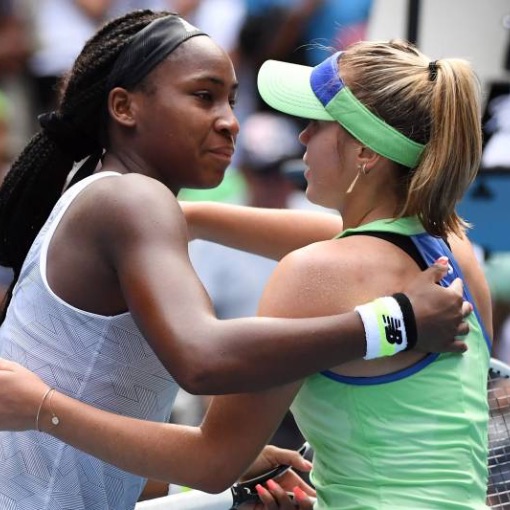 Kenin started rising in ranks after that and pushed her position to No. 108 in the world at the 2017 US Open. In 2019, she reached four WTA singles finals and won her first titles in both singles and doubles. She won her first WTA doubles alongside Eugenie Bouchard. At the 2020 Australian Open, she reached the semi-finals, her best result at a Grand Slam tournament to date.