Andres Alfonso Gimenez Osorio a.k.a. Andres Gimenez is a professional baseball player from Venezuela. The baseball shortstop is currently signed to the Cleveland Indians of Major League Baseball (MLB). Earlier, he played for the New York Mets.

Barquisimeto, Venezuela native, Andres Gimenez was born on 4th September 1998, under the star sign Virgo. He grew up in a baseball family and a baseball ambiance. He started playing baseball since he was a little kid. Now the Venezuelan hunk is twenty-two years old. He stands 1.80 m tall and weighs 73 kg.

How Much Is Andres Gimenez's Net Worth In 2021?

In 2015, Gimenez signed with New York Mets for a $1.5 million signing bonus. Then he went on to play for various minor league teams such as  Dominican Summer League Mets, Columbia Fireflies,  St. Lucie Mets, and the Binghamton Rumble Ponies until the 2019 season. The minimum salary of a minor league player is $46,000.

Andres Gimenez is married to his long-time girlfriend, Rogerlys Amaya. The couple tied the knot In February 2021. He has shared his wedding video on Instagram. 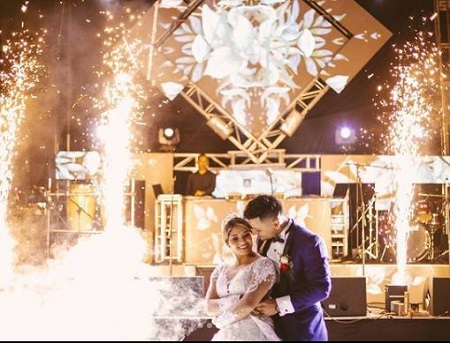 Scrolling through his Instagram, it's confirmed the duo are together since 2015 May. On 23rd May 2019, he shared pictures of Duo and captioned,  "I cannot feel more fortunate to have such a beautiful, kind, and understanding woman sharing every day with me for 4 years, thank you for your love and your unconditional support. Happy Anniversary my love!" In fact, Gimenez's first IG post is of their first anniversary.

In July 2015, Gimenez signed to the New York Mets of MLB as an international free agent. The following year, he made his professional debut with the Dominican Summer League Mets where he spent the remaining season, batting a combined .350 with three home runs, 38 RBIs, and a .992 OPS. He spent the 2017 season with the Columbia Fireflies and the next season with both the St. Lucie Mets and the Binghamton Rumble Ponies.

After the 2019 season, Gimenez was named to the Mets 40-man roster. He made the Mets Opening Day roster in 2020 and his Major League debut on 24th July at Citi Field, replacing Robinson Cano.

On 7th January 2021, the Mets traded Gimenez to Cleveland Indians for Francisco Lindor and Carlos Carrasco.