Hunter David Bishop a.k.a. Hunter Bishop is an American baseball center fielder currently signed to the San Francisco Giants organization. He was picked by Giants at the 2019 Major League Baseball draft with the 10th overall pick in the round one.

San Carlos, California native, Hunter Bishop was born on 25th June 1998, under the star sign Cancer. The twenty-two years holds an American nationality and belongs to the white ethnic background. His parents are Randy, a owner of a private investigation company, and Suzy Bishop who ran track at UCLA and was a movie producer and head of the Vancouver Film School in Canada. His brother is Seattle Mariners's outfielder, Braden Bishop.

How Much Is Hunter Bishop Net Worth?

MLB made a twenty-two years old baseball player, Hunter Bishop a millionaire. The 10th overall pick of the 2019 Draftee, signed $4.1 million contracts with the San Francisco Giants, more than $600,000 below slot value, according to MLB Pipeline's Jim Callis. In a nutshell, he received a signing bonus of $4.1 million and his net worth is around the same figure. 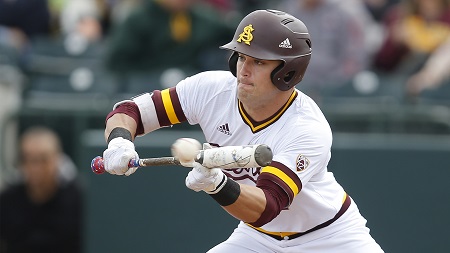 Bishop currently plays in the minor league system, having made his professional debut with the Arizona League Giants in the Rookie Arizona League. Following seven games, he was promoted to the Salem-Keizer Volcanoes in Class A- Northwest League. There he ended the season. As reported Triple-A rooster can make $14,000 for their five-month season and short-season players can earn $4,800 for their three-month season.

San Francisco Giants' outfielder, Hunter Bishop is currently in a relationship with Rachel Madison Solomon who is a cheerleader at NBA Phoneix Suns. The duo has not revealed much information about their affair but scrolling through Rachel's IG posts, the duo seems to be dating since early 2019. 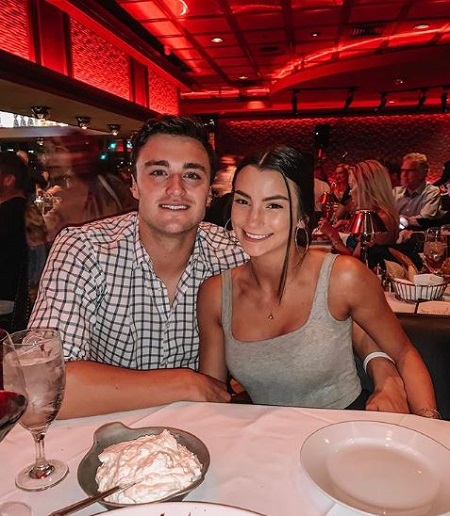 Besides, there is no past relationship history of Hunter. For now, he is living a romantic life with his bar, Rachel, who seems to be very supportive to his handsome boyfriend.

On 29th June 2020, it was announced that Hunter Bishop had tested positive for the corona virus on 26th June. He had very mild symptoms and would have been on the club's roster of 51 players. He will be quarantined before returning to the team and must test negative twice.

Players such as Ryan Zimmerman and Ian Desmond made the decision not to participate in the 2020 season.

Originally, he committed to representing college football for the University of Washington but instead, he later decided to play college baseball at Arizona State University. Along with baseball, he majored in Sports and Media Studies.