Andrej Sekera is a Slovak professional Ice-hockey player who currently plays for the Dallas Stars of the National Hockey League (NHL). Additionally, he was drafted by the Sabres in the 2004 NHL Entry Draft as a third-round, 71st overall pick. Previously, he has played for the teams like Buffalo Sabres, Slovan Bratislava, Carolina Hurricanes, Los Angeles Kings and Edmonton Oilers.

Andrej who has played in the NHL for 14 seasons has a massive net worth over $30 million which is solely generated from his professional career. He collected $42,950,000 as career earnings.

Besides, he is a married man and currently, he is married to his beautiful wife, Katarína Filová.

Andrej Sekera Earnings; How much is his Net Worth?

Additionally, the information about his endorsement earnings and assets like cars and house are not in the media yet. However, we are always searching for the information, make sure you visit us frequently as we will undoubtedly come up with the concrete information soon.

Is Andrej Sekera Married? Know about his Personal Life in details

Andrej is a married man, and currently, he is happily married to his wife, Katarína Filová. The couple dated for long before they finally decided to exchange their marital vows in January 2017. With the reference of the pictures, the wedding ceremony was held luxuriously in the presence of their friends and family. 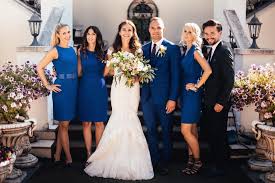 Andrej Sekera and his wife in their wedding day SOURCE: Facebook

Among the invited guests were also famous hockey faces such as Tomas Tatar, Zdeno Chara, Marian Gaborik, Marian Hossa, Andrej Meszaros, and Vladimir Dravecky. Additionally, the ceremony as held at the church in Cerenany.

Further, the wedding feast then moved to a romantic mansion, where everyone had a great time in the morning. 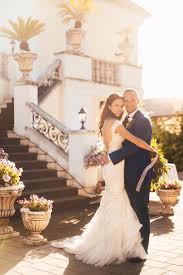 Further, the couple is never involved in the rumors regarding divorce or separation in recent time, which suggests that they are enjoying a smooth marital relationship.

Andrej was born on June 8, 1986, in Bojnice, Czechoslovakia but the details about his parents are not in the media yet. Additionally, he belongs to the Slovak descent and holds Slovak citizenship. Also, Sekera was born under the star sign Gemini.

As a junior, Andrej played one season in the Slovak Extraliga for Dukla Trencín. Besides, he also played with the Owen Sound Attack of the Ontario Hockey League (OHL) as a junior player.

As of 2019, Andrej currently plays for the Dallas Stars of the National Hockey League (NHL). The Sabres initially drafted him in the 2004 NHL Entry Draft as a third-round, 71st overall pick.