Andreas Mies is a German professional tennis player who is a doubles specialist. In November 2019, he reached his career-high ATP doubles ranking of world No. 8. After winning the 2019 and 2020 French Open men's doubles titles, partnering Kevin Krawietz, he became a Grand Slam champion.

As of 2020, Adreas Mies has an estimated net worth of $1 million. Besides, there is no information regarding his other financial aspects.

When it comes to personal life, Andrea Mies is a quite confidential person. There is less to no information regarding his relationship or girlfriend. Nowadays socials media such as Instagram or Facebook have become popular to flaunt love life but we found nothing lovey dobby on Mies's Instagram. 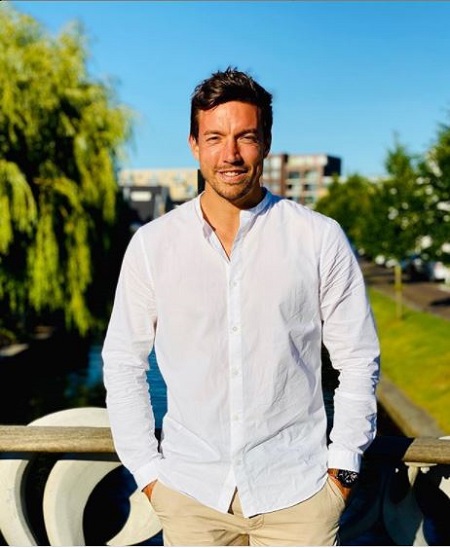 Seems like the German tennis player wants his love life low key. For now, he is an eligible bachelor.

Andreas is the son of Franz and Claudia Mies. He was raised alongside his three siblings; Michael, Christian, and Alexandra. In the interviews, he credits his parents and other family members for his career success.

After his high school graduation, Andreas Mies attended the Auburn Tigers where he played for college tennis. Besides, he majored in business.

Turned professional in 2013, Andreas won his first ATP Challenger Tour doubles title at the Garden Open in Rome with his partner Oscar Otte in 2017. The following year, he made his ATP World Tour and Grand Slam debut at the Wimbledon Championships in doubles where he partnered with Kevin Krawietz. However, the duo lost the game.

In 2019, Mies again partnered with Krawietz and won his first doubles title on the ATP Tour at the New York Open. Further, the two went on to win the French Open doubles title as unseeded players, defeating the French team Jeremy Chardy and Fabrice Martin in the final. At the US Open, he and Krawietz reached the semifinals and they won their third title at the European Open in Antwerp.