Anders Lee is a professional American ice hockey player who is currently serving as the captain of the New York Islanders of the National Hockey League (NHL). He was selected in the 2009 NHL Entry Draft by the New York and he plays in the position of the left-wing.

Bob Nystrom Award winner and AHCA West Second Team All American, Anders Lee is currently receiving a salary of around $9 million and if you wish to know more about his net worth, career earnings, and personal life just scroll down to the bottom.

How much is Anders Lee's Salary and Net Worth? Know about his Career Earnings

Anders is in his professional ice hockey playing career for quite a long time which helped him to earn a lot of money and his net worth is also quite awesome. So far Lee's net worth is estimated to be above $20 million which he made from NHL career.

Is Anders Lee Married or Single? Know about his Wife

Anders Lee is a well-known sports figure whose personal life is a matter of discussion to many people since he has made a lot of fans throughout the globe. Anders Lee is a happily married man and is currently enjoying his marital life with his wife.

Lee exchanged the vows with his girlfriend Grace Dooley on July 7, 2018, at the Queen of All Saints Basilica and the reception was held at Café Brauer. The wedding ceremony was attended by his family and friends including John Tavares and many more. 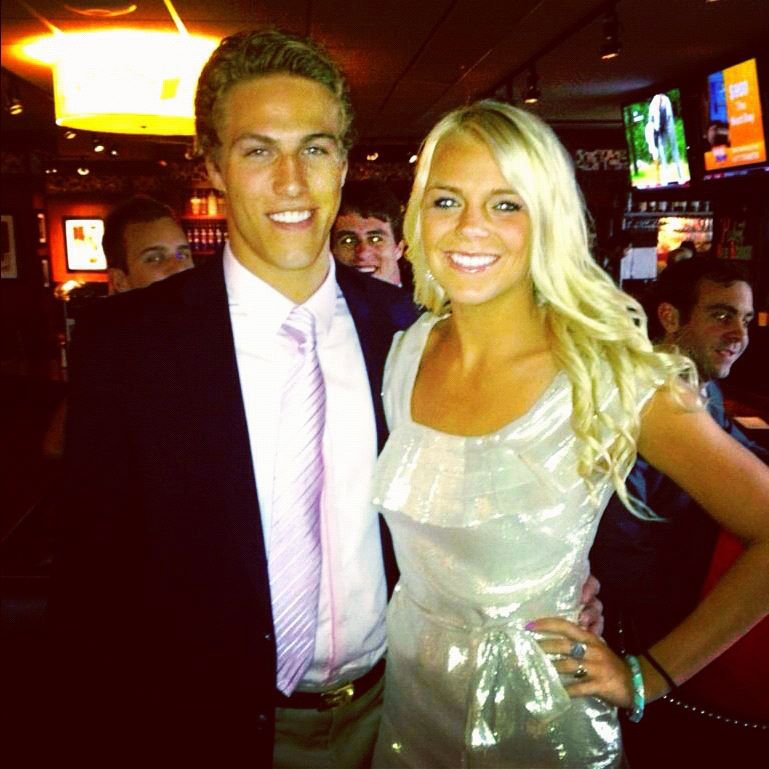 During the wedding ceremony, Ander's wife's parents surprised them with the performance by Shannon Rovers. She mentioned that  “Being in the Lincoln Park Zoo that I visited as a child, located on the water in one of my favorite areas—I always knew this was where I would have my wedding reception.”

So far the lovely couple is living a happy married life and they are currently residing in New York. Anders and his wife haven't so far reported the birth of any child but it seems that they are planning to have a baby soon. Lee and his spouse were dating together for over a long time since their college days.

Anders Lee was born on July 3, 1990, in Edina, Minnesota, the United States to parents Thomas (Tom) and Lisa Lee. He holds an American nationality and belongs to the white ethnic group. He started playing ice hockey since his childhood days and was also a famous high school soccer player.

He completed his early education from the Edina High School where he was the finalist for the Mr. Football trophy.

Anders Lee is a professional American ice hockey player who is currently serving as the captain of the New York Islanders of the National Hockey League (NHL). He was selected in the 2009 NHL Entry Draft by the New York and he plays in the position of the left-wing.

He started his professional career in the 2012-13 season whereas his first goal was against Ondrej Pavelec of the Jets team in 2013. He also played alongside John Tavares and Josh Bailey scoring 34 goals in the 2016-17 season. After the departure of John, he was made the captain of the team.

Currently, he is playing alongside some of the famous ice hockey star players like Johnny Boychuk, Cal Clutterbuck, Mathew Barzal, and many more.