Amad Diallo is an Ivorian footballer who currently plays for the Premier League club Manchester United and Ivory Coast National Team. Before joining Manchester United, he played for Atalanta from 2015 till 2021, where he won two "Campionato Primavera 1" titles.

Diallo was named to the Ivory Coast Olympic team for the 2020 Summer Olympics on July 3, 2021. Amad became the first player born in 2002 to score in the Serie A on his professional debut for the senior team in 2019. On March 18, 2021, he was first called up to the Ivory Coast National Team for their 2021 Africa Cup of Nations qualification matches.

Who is Amad Diallo?

Amad Diallo, previously known as Amad Traore, was born on July 11, 2002, in Abidjan, Ivory Coast, under Cancer's star sign. His mother and father raised Diallo alongside his brother Hamed Traore, a midfielder for Serie A club Sassuolo. According to the sources, Amand is a Muslim by religion. However, no information regarding his family and education is disclosed in anyways by Diallo himself.

Net Worth, Contract, and Salary of Amad Diallo 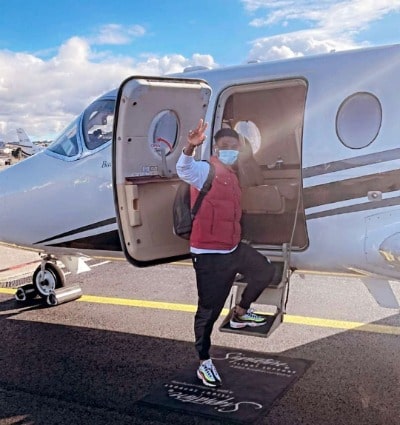 Amad Diallo is a closed person who prefers to keep his private life out of media, including the matters like love life. Till today's date, there is no official declaration made regarding his girlfriend or wife. Neither is there any news in regards to his past relationships.

As of 2021, 19 years old seems to be prioritizing his career instead of his love life and relationships. Bringing up a good match using his high technical ability is possible only with the intense training, which concludes that he is too busy for relationships. The young blood is instead focused on building up his career.

Read about the relationship status of Jordan Love in Playerswiki.

Amad Diallo emigrating to Italy at a young age in September 2014, started at Boca Barco's youth team(2014-2015). Being the youngest on the field, he impressed everyone by being the top goalscorer at a Christmas tournament. Amad shares a photo of his training session with UnitedSOURCE: [email protected]

Diallo later officially registered to Atalanta on January 14, 2015, to start his career as a professional footballer. Giving his best performances representing the club, he later again signed a contract with Manchester United on October 5, 2020.