Alzarri Joseph is a professional cricket player who represents Antigua and plays for the West Indies in international tournaments. He plays mainly in the Bowler role and his bowling style is Right-arm fast-medium. In 2016, he won the U-19 Championship in which he hit an average of 13.76 with an economic rate of 3.31. In the same tournament, he was the fastest bowler with a speed of 143kmph.

The Antiguan bowler has multiple records in the ODI. He is the 14th cricketer to have the best figures in an innings on the losing side. Also, he holds the 38th position for the best career strike rate. He is the 50th fastest player to reach 50 wickets. He is also the 21st youngest player to take 5 wickets in an innings when he was just 20 years and 311 days.

Who is Alzarri? His bio and his dad Alva

Alzarri Shaheim Joseph, also known as Alzarri Joseph was born on November 20, 1996, in Antigua, under the birth sign, Scorpio.

Alzarri's father's name is Alva Joseph while his mother's name is Sharon Joseph. Alzarri's dad Alva was also a famous cricketer who played for the Leeward Islands. Alva inspired his son to play cricket helping him to bowl in their own backyard. 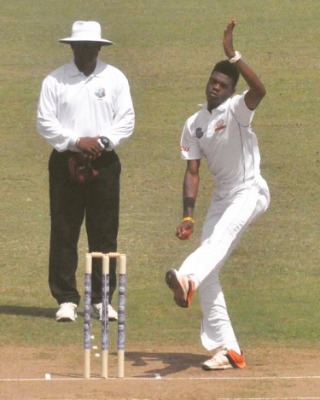 Talented from early childhood, he took no time to get a chance to play in his father's previous club Leeward.

The player has never talked much about his siblings and his family background.

As of 2021, Joseph is just 25 years old and possesses a height of 6 feet 4 inches. He has an average weight of 84 kg approximately.

Alzarri's Net worth and salary in cricket

According to the sources, the net worth of the West Indies bowler, AAlzarri J is estimated to be $400,000 approximately. This includes all his properties, assets, monetary values, and earnings from sponsorships deals. Also, he comes from a middle-class family where his father was a professional cricketer. 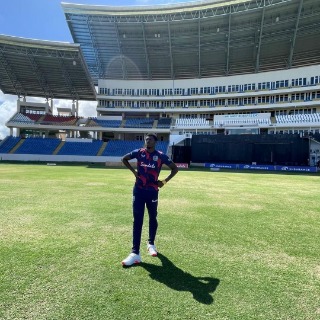 The major source of A. Joseph's net worth is his career in cricket. He earns around $150,000 per year including bonuses and incentives from ODI and Tests. The West Indies cricket player can earn between $100,000 to $300,000 per year according to their experience and role in the team.

Read also:- Shane D's Net worth and Salary (His Cars and Houses)

The West Indies bowler is currently living together with his partner Mrs. Joseph whose background information is still unknown. It is not sure whether the couple is married or engaged or just living together. But they must be together fr more than 3 years. 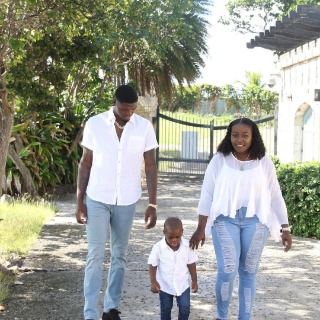 Alzarri Joseph with his wife and son SOURCE: [email protected]_08

The couple together has a child named J'zarri Joseph who is about 4 years old. He once posted his son's photo with the caption,

"J’zarri Joseph. No love is greater than that of a father for his son."

The 21st youngest player to take 5 wickets, Alzarri lives a happy and moderate life with his wife and son in his hometown.