Allahyar Sayyadmanesh is an Iranian professional football player who plays for Hull City and the Iranian national team. He mainly plays as a forward. Since July 9, 2022, he has been playing for Hull City, and he wears jersey number 20. In the 2021-22 season, he participated in the majority of the games making 16 appearances overall and earning 1,142 minutes of playing time.

Sayyadmanesh is also an international player who made his Iran national football team debut on June 6, 2019, appearing in a game against Syria. Being one of the most prominent players on his team, he has been able to impress many people with his skills. Not only that, but he has also been honored with some titles, including being named by The Guardian as one of the 60 best young talents in world football in the year 2018.

Born on June 29, 2001, Allahyar Sayyadmanesh is just 21 years old as of 2022. He is a native of Amol, Iran, who was passionate about football from a very young age. So, Sayyadmanesh aimed to pursue a career in it. Just at the age of 8, he began playing football.

Furthermore, he is a tall guy, and his height is 6 feet 0 inches (1.82 m). Talking about his family background, he was raised by his beloved parents. His father, Saeed Sayyadmanesh, is one of the major influences in his life as he has supported him since the beginning of his career.

Starting with his early years, Sayyadmanesh's career began when he played at Arash Amol. There he was a top goalscorer in Iran's under-10 league. After spending four years, he went to Padideh Sari, spending two years on the respective team. Later, Sayyadmanesh played in Saipa's youth academy for about a year. 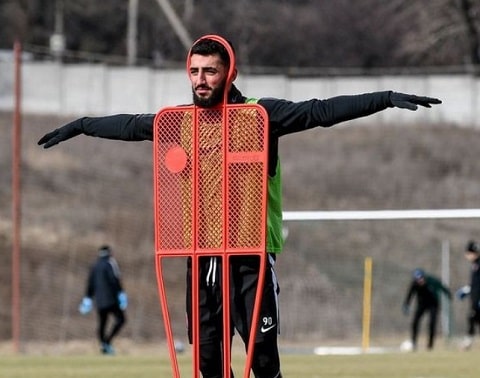 Moreover, Sayyadmanesh made headlines all over the internet when he signed a five-year deal with Esteghlal on June 12, 2018. In that team, he was assigned number 16, which was worn by Mehdi Ghaedi. On May 3, 2019, he signed another five years deal with Turkish club Fenerbahce. On September 2, 2019, he was loaned to TFF 1. League club Istanbulspor.

Likewise, on July 9, 2022, he left Fenerbahce to join the English club Hull City. Apart from that, he has also played for the team of Zorya Luhansk. And for the Zorya team, he scored his first goal on October 25, 2020, in a match against Rukh Lviv.

As we know, he was loaned to Hull City on January 31, 2022. So, on February 5, 2022, Sayyadmanesh made his debut playing against Preston North End. He scored on his league debut for Hull City in a 2-1 win versus Cardiff City on April 15, 2022. And with this team, he signed permanently on July 9, 2022. As mentioned earlier, he has also reprinted the national team in some games. 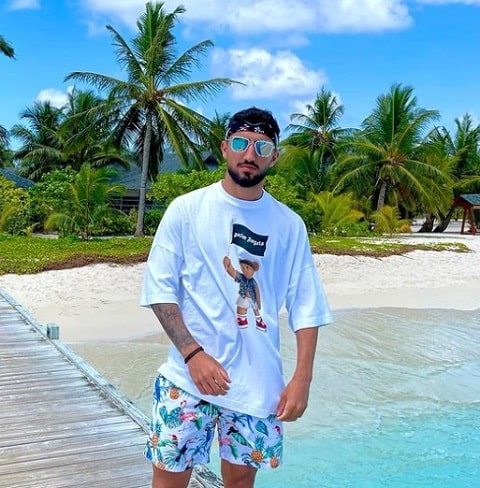 Allahyar Sayyadmanesh having a good time during his vac SOURCE: Instagram @allahyar_sayyadmanesh

He was a part of the Iran U-17 football team who qualified for the 2017 FIFA U-17 World Cup quarter-final held in India. Finally, on June 6, 2019, Sayyadmanesh made his Iran national football team debut in a friendly game against Syria.

Currently, Sayyadmanesh is playing for Hull City. So, he makes most of his games playing for his current club. However, none of the verified sources have shared the information about his salary. According to Salary Sport, the total wage bill of Hull City is 5,602,480 per year and 107,740 per week. So, Sayyadmanesh may have a fair salary.

On the other side, Transfermrkt reports that Sayyadmanesh's current market value is 2.50m, while his highest market value was 3.00m on December 20, 2021. Moreover, he also has a massive fan following on his Instagram, and he has surely worked with some brands. 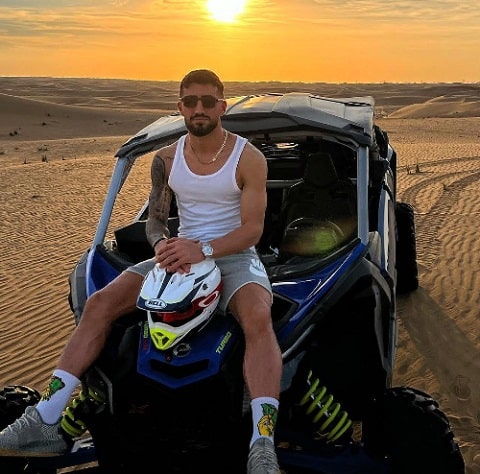 So, Sayyadmanesh may make money from brand endorsement and sponsorship. According to the Influencer Marketing Hub, he has the potential to earn around $2,145.75 - $3,576.25 from a single sponsored post on IG. No doubt, Sayyadmanesh enjoys a lavish life to the fullest, and we can explore it via his Ig handle.

Who Is His Wife Or Girlfriend?

Coming into his personal life, Sayyadmanesh is reportedly an engaged man. He has a loving partner named Duygu Sayyadmanesh. It is reported that his partner is from Turkey. However, the pair prefers to stay lowkey and does not want to get involved in rumors or controversies.

Due to their private nature, we are unknown when they began dating each other. But exploring some of their posts, we can say that they are deeply in love with each other. Despite being with each other for some time, the duo has not opened up anything about their marriage yet. 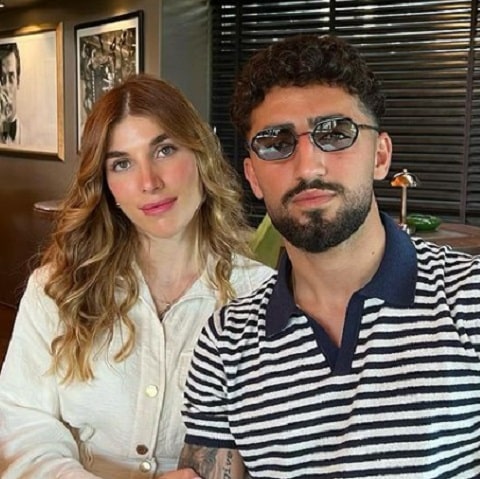 So, Sayyadmanesh and his partner may be focused on their career at the moment. Both of them may give some updates regarding his marriage in the future. So, we can follow them on social media. The professional football has also shared some snaps with his girlfriend, and his well-wishers have also shared some sweet messages in the comment section.

Sayyadmanesh is fond of using social media, and he mainly uses Instagram, where he is registered under the username @allahyar_sayyadmanesh. Since 2018, he has been using Instagram, and his account is also verified from where Sayyadmanesh gives information regarding his personal and professional life. And at the time of this writing, Sayyadmanesh has already collected more than 1 million followers.

Apart from that, his partner is also an active Instagram user, and we can find her as @duygu_sayyadmanesh, gaining over 30.5k followers at the time of this post. However, she has kept her account private. Due to this reason, we can't get much info about her ongoing lifestyle.