Alireza Haghighi is a professional football player who plays as a goalkeeper for Iran national football team and Swedish football club,  AFC Eskilstuna.

He has represented Iran in the youth levels before joining the senior team in 2012 and has played in 2014 FIFA World Cup and 2015 AFC Asia Cup.

Alireza Haghighi was born to father, Masoud Haghighi, and mother on May 2, 1988, on Tehran, Iran.

He was fond of playing football since his early childhood and joined the youth ranks of Saipa FC and Persepolis FC in his early days.

His annual salary playing for Swedish club, Eskilstuna is around $190697 with his weekly salary being $3667.

Based on his earning along with endorsement as well as salary he received from playing for various football club and Iran nations side, his total net worth be could be assumed to be around $900,000 and his current market value is estimated to be $1.96 million.

He is enjoying a great lifestyle and his fortune and having a great time both on and off the field.

Alireza Haghighi joined Persepolis FC in 2006 and made his debut against the youth team of his former club Saipa FC and saved a memorable penalty from Iranian legendary striker Ali Daei.

During this time, he trained with another legend of Iran football, Ahmad Reza Abedzadeh and was the youngest captain to lead Persepolis team in 2007/08.

He signed with Russian Premier League Rubin Kazan on January 2012 and made his debut on 14 January for the team. He was transferred back to his old club, Persepolis from Rubin Kazan and signed a six months contract with his former club.

After being called back to Rubin Kazan in 2014, he was transferred to Portuguese clubs, Sporting Covilha and Penafiel. He made his official debut for the Russian team, Rubin Kazan against FC SKA Energiya Khabarovsk on September 24, 2015.

Haghighi later signed a two and half year deal with Maritimo on January 2016 and made his debut against SC Barca on February 14, 2016.

Haghighi made his debut against  Sirius on July 8, 2017, and for his outstanding performances was included in Allsvenskan team of the week in August 2017.

He was one of the prominent players along with Ehsan Hajsafi and Ashkan DejagahIran in 2014 FIFA World Cup and become the Iranian keeper to keep a clean sheet at the World Cup.

Alireza Haghighi, standing a towering height of 6 feet 4 inches weighing about 80 kg, is reported to single and unmarried. Despite his impressive personality and a huge hit with his female admirers, there is no concrete evidence about his relationship or his marital status. 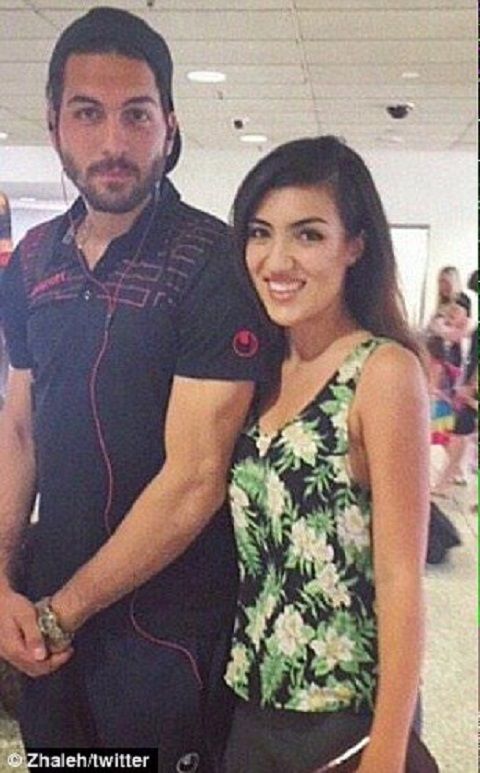 He along with several other Iranian footballers were strictly warned by Islamic group for taking a selfie or clicking pictures with female fans.