Alexander Romanov is a Russian-born professional ice hockey defenceman who plays for the Montreal Canadiens of the National Hockey League. He was picked by the Canadiens with the 38th overall selection in the 2018 NHL Entry Draft.

Romanov was born on January 6, 2000, in Moscow, Russia. He stands 6 feet tall and weighs about 208lb. His father, Stanish Nikolaevich Romanov formerly played for the KHL while his maternal grandfather, Zinetula Bilyaletdinov coached the Russian national ice hockey team.

Romanov made his professional debut in 2018-2019 with CSKA of KHL (Kontinental Hockey League). With CSKA the Moscow native played 86 career games and amassed seven assists and a +21 differential in 43 games. Romanov made 11 points (1 goal, 10 assists) and 26 penalty minutes while making a +37 differential. 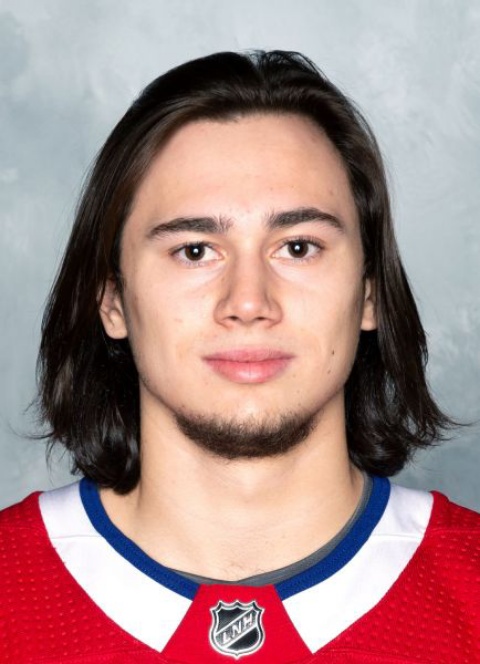 Alexander Romanov was selected by the Canadiens, the 38th overall pick in the 2018 NHL Entry Draft SOURCE: Hockey DB

He was also lined up for eight career playoff contests and helped his team secure the 2018-19 Gagarin Cup. The 6 feet tall defenseman was also selected for Russia at the 2018 U18 World Championship. He played at the World Junior Championship in 2019 (bronze medal) and 2020 (silver medal).

On both occasions, Romanov was named to the WJC All-Star Team. He was named the best defenseman of the WJC tournament in his first appearance. Romanov led all players in assists (7) and differential (+12) and ushered all blueliners with 8 points (tied for third among players). In May 2020, Marc Bergen, general manager of Montreal Canadiens announced the signing of Romanov on a three-year, entry-level.

The Russian international was an integral part of Canadiens' 4-2 win over Toronto Maple Leafs on April 12, 2021. His physical edge provided very little space for the Leafs forwards to work with. 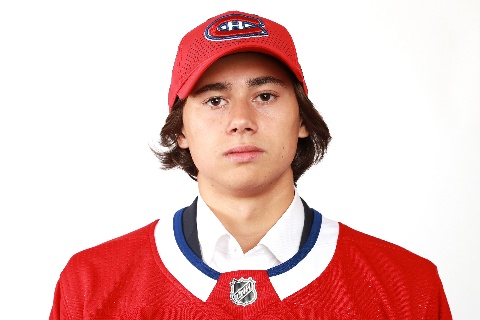 Romanov was signed to a three-year entry-level contract with the Montreal Canadiens  SOURCE: Getty

Assessing all the salary details, sources claim, the Canadiens' defenseman till now has raked in over $3million in salaries alone.

On 26 April 2020, Sofi Krasovskaya through Instagram announced her engagement with Romanov by sharing a picture where one can see the Russian model posing with a huge bouquet of white roses. The post with a ring pictograph reads " I said YES!" 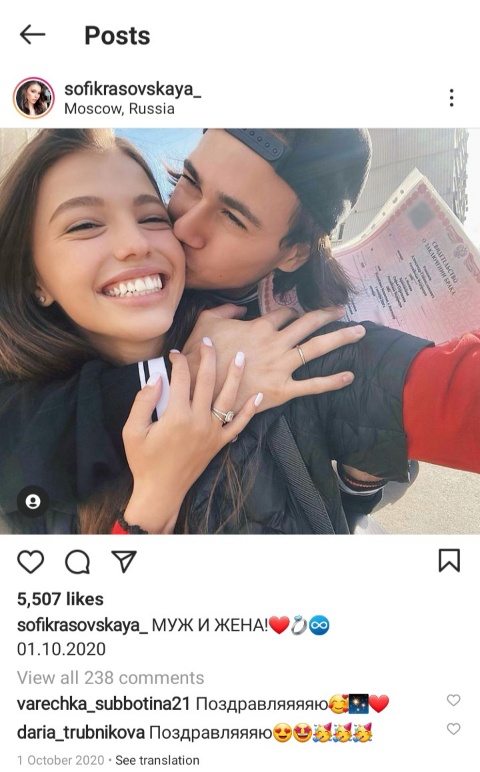 Krasovskaya first revealed her love for Romanov to her fans on January 6, 2020. She scripted a birthday wish for the hockey player writing, "Happy birthday, my love! my best boy! my pride! health is the most important thing for you! we have only the best ahead! love."

Five months after the young couple's affiance, on October 1, 2020, Krasovskaya shared the news of her marriage with Romanov again through her Instagram handle. This time the picture read, "HUSBAND AND WIFE 01.10.2020."