Alex Telles is a well-known Brazilian professional football player. He has been playing at the professional level since 2011. Telles currently plays in the Premier League for the Manchester United and Brazil National team wearing a no.27 jersey. Alex plays as a left-back for his club and country.

Alex Telles was born Alex Nicolao Telles on December 15, 1992, in Caxias do Sul, Brazil. He is the son of Jose Telles and his wife Claudete Telles. Telles stands five feet and eleven inches tall and weighs 72 kg.

Alex spent his early days playing in the street of his hometown in Caxias. When he was eight, Telle joined and started training with a youth academy of Esporte Clube Juventude. Alex remained with the team until 2011 and earned his senior team call in January 2011. He scored his first goal in a 1–1 home draw against Cruzeiro in August. The player appeared in thirteen games for the club in the next season and moved to Gremio. 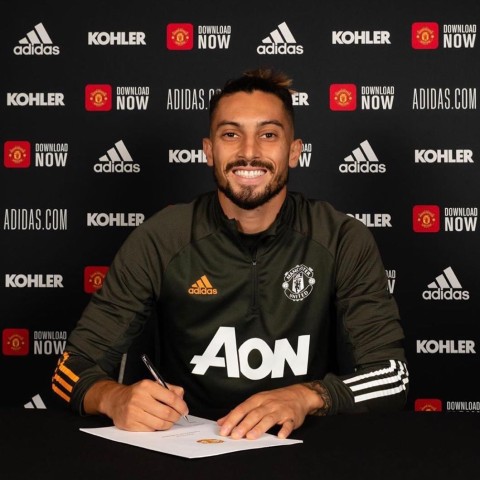 Alex signed with the United in early 2020 SOURCE: [email protected]

Alex played with Gremio for a season and appeared in thirty-six games. After having a good season, The player received an offer from the Turkish League club, Galatasaray. He signed a four-year contract worth €6 million in January 2014. Telles played with Galatasaray until August 2015 and then was loaned to Italian club Internazionale of Serie A on a one-year loan for a €1.3 million fee. His contract included €250,000 if Inter qualifies for the 2016–17 UEFA Champions League stage.

In his loan season, Alex appeared in twenty-one games and was then moved to the Portuguese side, FC Porto. The club signed him for a €6.5 million fee for four seasons. Telles played in the league and Real Madrid Legend Pepe in four years. He appeared in 129 games and scored twenty-one goals. In October 2020, The Brazilian player signed with Premier League giant Manchester United for a £15.4 million transfer fee. He has scored one goal while appearing in fifteen games.

Alex did not get much chance to represent the country in the lower divisions. He made his debut for Brazil on March 23, 2019, as a starter in a friendly against Panama. Telles has earned four caps for his international career with brazil.

Who is Alex Tells Dating? Know About His Girlfriend and Relationships

Telles is very much open about his relationship status. Alex is dating his longtime girlfriend, Vitoria Schneider. The love birds have been together for some time. 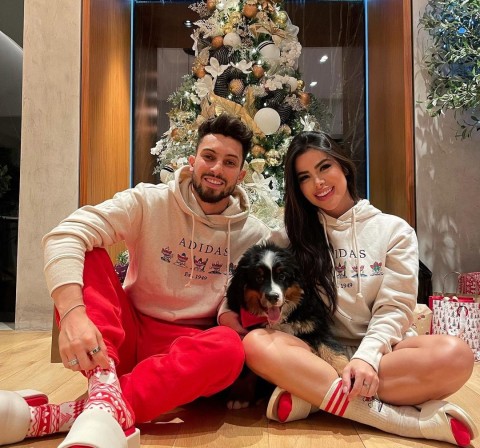 Both are active social media users and keep sharing each other's photos regularly. They are very supportive of each other.

Alex Telles has an estimated net worth of more than $10 Million. He credits most of his net worth through his successful football career. Telles makes £4,840,000 as his salary with United. The player will be making millions in the future.