Alex Nedeljkovic is an American professional ice hockey goaltender for the Carolina Hurricanes of the National Hockey League. Nedeljkovic was recruited by the Hurricanes in the second round, 37th overall at the 2014 NHL Entry Draft. His major achievements include NHL Rookie of the Month, Aldege Baz Bastien Memorial Award Top goaltender, and OHL Goaltender of the year.

Nedeljkovic was born in Parma, Ohio on January 7, 1996. He first played for the Cleveland Barons bantam AAA team. His junior career began playing for the Plymouth Whalers of the Ontario Hockey League.

In his rookie season with the Whalers, he posted a goal against an average of 2.28 to win the F.W. Dinty Moore Trophy. The following season, he won a silver medal with Team USA at the 2013 Ivan Hlinka Memorial Tournament and was lined up to play in both the CCM/USA Hockey All American Prospects Game and the 2014 CHL/NHL Top Prospects Game.

After signing an entry-level contract with the Carolina Hurricanes in the 2014-15 season, he was assigned to the Florida Everblades of the ECHL affiliate. In the 2015-16 season, he was traded by the Flint Firebirds to the Niagra IceDogs. 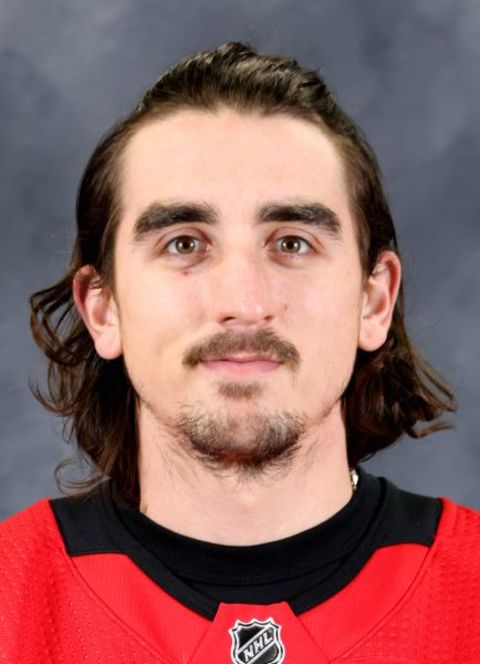 Alex Nedeljkovic was drafted by the Carolina Hurricanes in the second round of the 2014 NHL entry draft SOURCE: Hockey DB

In the next campaign, he became the 12th ECHL goaltender to score a goal for the Everblades. He played his first NHL game against Columbus Blue Jackets at Nationwide Arena. Nedeljkovic was called back by the NHL on January 17, 2019, and made his top-flight debut on January 23 of the same month versus the Vancouver Canucks. He stopped the puck 24 times out of 26 to clinch his first win in the NHL.

On February 20, 2021, the six-foot-tall net attender got his first NHL career shutout in a 4-0 victory over the Tampa Bay Lightning. Two months later, he was awarded the league's rookie of the month.

The Hurricanes number 39 has reached $1 to $3million in career earnings as per several reports. His current salary is told of hovering in the region of $700,000 plus per annum. 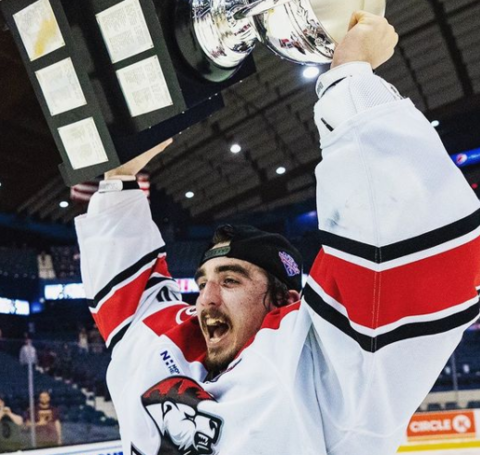 Alex Nedeljkovic after winning the Calder Cup in 2019 SOURCE: Instagram

Throughout his professional career, the Ohio-born stopper has seen salaries ranging from as low as $54,000 to as high as $800,000. Likewise, he reportedly has grossed over half a million in bonuses alone. To that assessment insider's project, his net worth lies in the ballpark of $1million.

Nedeljkovic met his future fiancee Emma Flageole Bray when he was playing for her hometown team, the Niagara IceDogs. After knowing each other for several months, the pair had become more than just friends.

The couple however had to commit to long-distance relationships as Alex moved to Charlotte while Emma started school in Ontario. 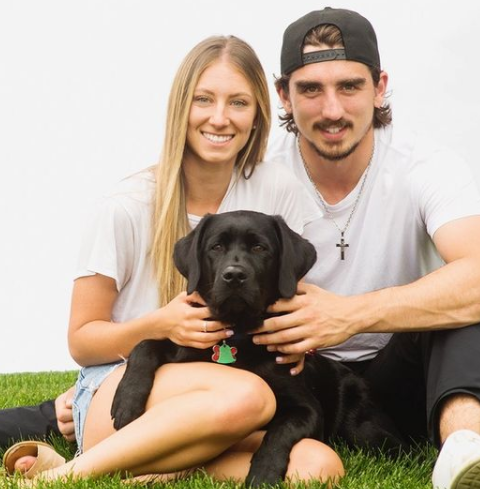 The pair are allegedly set to mark four years of their relationship. Flageole is pursuing an accelerated bachelor of science in nurse at Michigan State University. Fans first got to see them together on September 21, 2019, through Nedeljkovic's Insta handle.

Fast forward to May 1, 2021, the goalkeeper announced his engagement to the blondie once again through his Insta profile. Sharing the moment, Alex wrote, "Can't wait to start forever with you."