Micheal Ferland is a Canadian professional Ice-hockey player who plays in the National Hockey League (NHL). As of 2019, Micheal Ferland currently plays for the Carolina Hurricanes as their Winger. Previously, he played for Calgary Flames.

As a Winger, Micheal Ferland reportedly earns around $1,750,000 as his yearly salary from Carolina Hurricanes. Further, Micheal Ferland has an estimated net worth of over $3 million. Additionally, he is married to his wife Kayleigh Chapman and shares 1 child with her.

Micheal Ferland Net Worth And Salary

Further, the NHL player has an average salary of $1,750,000 annually while Nino Niederreiter is one of the highest earners of the team with an annual salary of $5,250,000. Micheal Ferland so far has made earnings of $5,515,179 from his entire NHL career.

Talking about his marital status, he is a married man and currently, he is married to his longtime  Kayleigh Chapman.  However, there aren't any details about the date of their wedding. Also, the couple is the parent of a single daughter.

Further, Kayleigh Chapman is together with Micheal, since they were teenagers. The couple met in high school and spent their years at an American college where Ferland started his Hockey career. 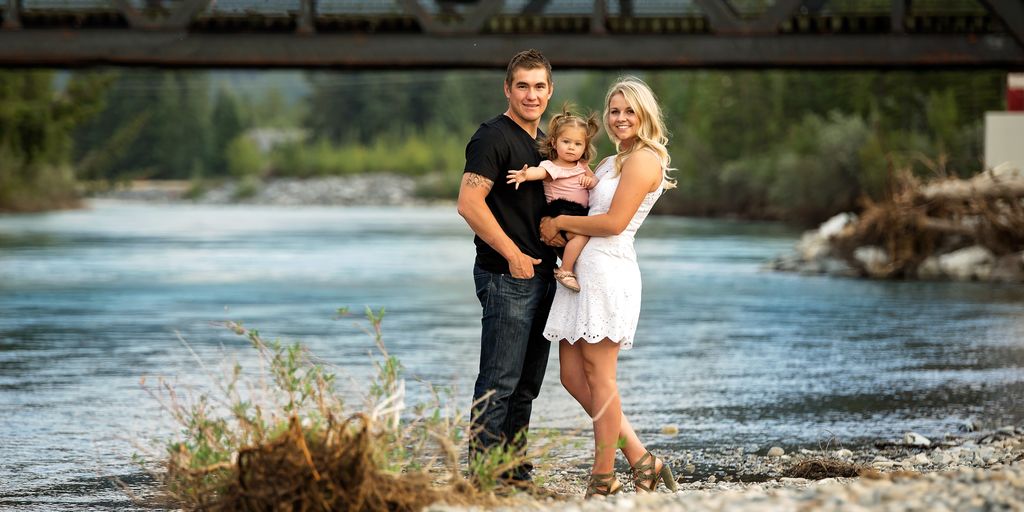 CAPTION: Micheal Ferland with his wife Kayleigh Chapman and their daughter. SOURCE: The Knot

In one of the interviews of Kayleigh, she said: "I just hope people can see how fun and loving he actually is." "He's not all crazy and all about fighting. He's actually a really funny guy". So with the reference, we can conclude that the couple is happy with the relationship.

Micheal Ferland was born on April 20, 1992, in Swan River, Manitoba, Canada to parent Dianne Ferland and the details about his father are not available in the media yet. As per his nationality, he is Canadian and belongs to the White ethnic group.

He's in the middle of three children, with an older sister and a younger brother raised by his mother Dianne, who worked as a nursing assistant at a Swan River nursing home.

He was a fifth-round selection of the Flames in the 2010 NHL Entry Draft, 133rd overall.  The Flames continued to work with Ferland as they tried to guide his career. Coach Bob Hartley connected Ferland to former NHL and fellow aboriginal player Gino Odjick during the 2012–13 season to assist in his transition to professional hockey.

On November 22, 2014, Ferland recorded his first NHL point with an assist on a Josh Jooris goal in a 5–4 win over the New Jersey Devils. Ferland scored his first goal against Nashville Predators goaltender Carter Hutton. It was the game-winning marker on March 29, 2015, in a 5-2 victory.

Together with teammate Dougie Hamilton and prospect Adam Fox in exchange for Elias Lindholm and Noah Hanifin, Ferland was traded to the Carolina Hurricanes on June 23, 2018.

Currently, he is playing along with his star team-mates such as Warren Foegele, Andrei Svechnikov and many more.