Some people come to the limelight after their hard work, and some after someone from the family becomes famous. Alex Kenin came into the limelight because of his daughter as he is the proud father of an American professional tennis player, Sofia Anna Kenin. She recently won the 2020 Australian Open. Alex works as a taxi driver and is also his daughter's coach.

Alex Kenin was born Alexander Kenin in the early 1970s in Russia. Also, he came to the limelight only after his daughter got successful in her career. Alex spent his childhood and early life in Russia but spent most of his later half in the United States.

Alex tied his wedding knot with Svetlana Kenin in the mid-1980s. Soon after the wedding, the love birds moved to the United States in 1987. After spending more than ten years, the love birds returned to Moscow with their family and gave birth to their first child, Sofia Kenin, in 1998. shortly after that, The duo welcomed another daughter. 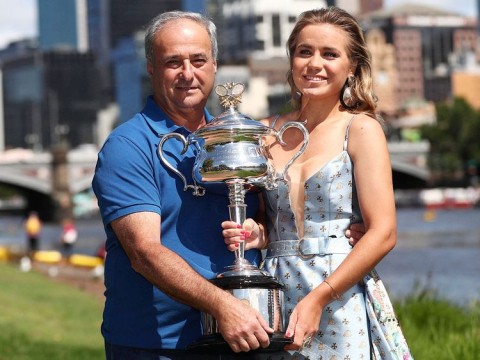 In the early 2000s, Alex and Svetlana moved back to the United States with only $286 in their pockets. Svetlana worked as a nurse in the Soviet Union. The family of four is living a happy married life.

Sofia Kenin has an estimated net worth of more than $5 Million. She has become very much successful in her short professional career and credits most of her net worth. Sofia earned a $25K event in Wesley Chapel and a $50K event in 2015. The following year, She won an ITF $60K tournament and another similar event in Lexington. Totaling her prize money from golf, It sums $7,221,702.

Kenin earns a considerable sum through his endorsement deals, sponsorships and contracts. Since the end of the 2018 season, She has been endorsed by Fila for her clothing and shoes. In her early days, Sofia had been sponsored by Nike. Also, The tennis player has a racket sponsorship with Babolat and uses the Pure Drive model.

Kenin started playing tennis at the age of five. She started training with one of the best players and coaches, Rick Macci. She won more than dozes of amateur titles in her early days. Sofia reached no.  2 in the ITF junior rankings. In between 2013-15, The American tennis player won three ITF titles and played in the US Open.

Sofia rose to fame only in 2018 after making it to several International events. She played in the Australian Open, Wimbledon, Miami Open, and a few more. The following year, Kenin won three WTA Titles and won the Most Improved Player of the Year award, which moved her to the World. No. 12 in Tennis Singles.

In 2020, Sofia got a taste of winning a series. She won the 2020 Australian Open after defeating Garbine Muguruza. Kenin defeated world no. 1, Ashleigh Barty, in the semi-final. She had her appendix removed, due to which she missed the ongoing  Australian Open.