Alex DeBrincat is an American professional Ice-hockey player who plays in the National Hockey League (NHL). As of 2021, Alex DeBrincat currently plays for the Chicago Blackhawks as their Right-wing.

DeBrincat reportedly earns around $925,000 as his yearly salary from Chicago Blackhawks. Further, Alex DeBrincat has an estimated net worth of over $500 thousand. At present, Alex DeBrincat dating his longtime girlfriend, Lyndsey Bice.

Alex DeBrincat Net Worth and Salary

Alex DeBrincat is not married yet. Reportedly, he is is a relationship with his girlfriend, Lyndsey Bice. Further, the detailed information about their relationship is not in the media yet. 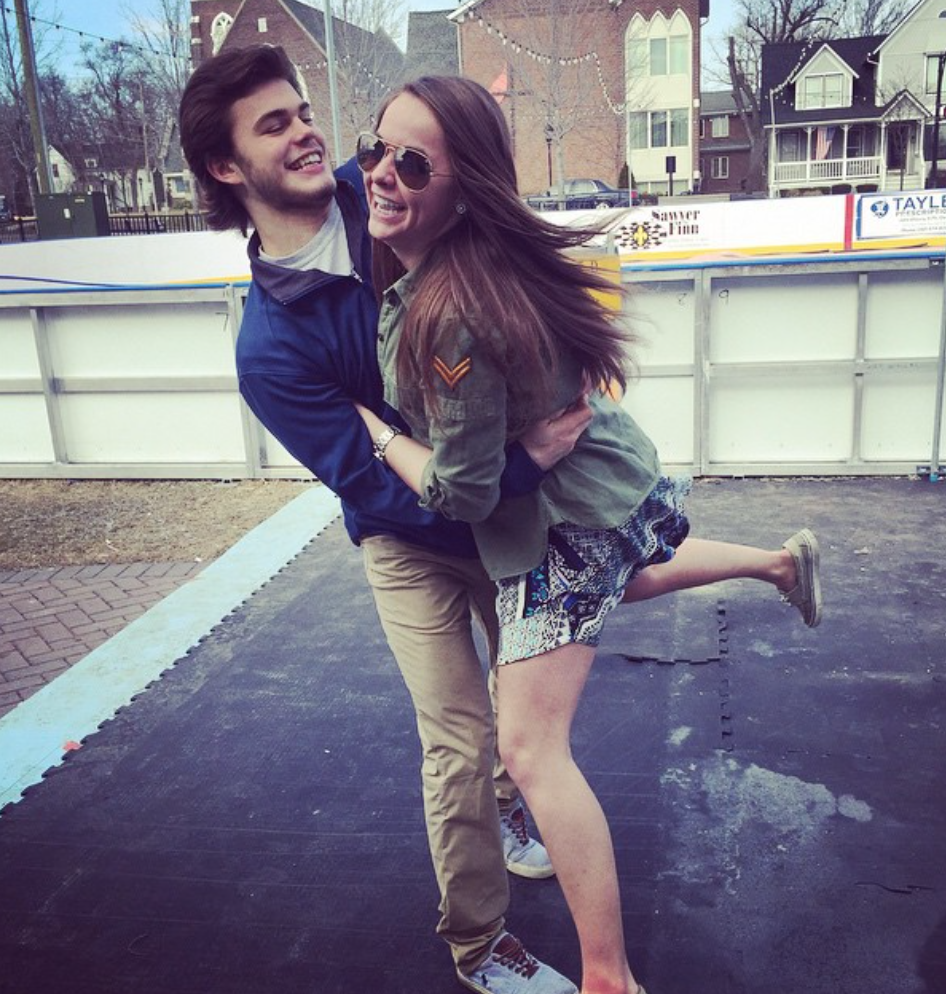 In addition, he often shares the picture of his beautiful girlfriend on Instagram which suggests that the couple is happy in a relationship. Additionally, there aren't any rumors about the couple being separated in recent time.

3 years of never ending fun with this girl!

Alex DeBrincat was born on December 18, 1997, in Farmington Hills, Michigan, the U.S. to parents David DeBrincat and Tracey DeBrincat. As per his nationality, he is American and belongs to the White ethnic group. Further, his star sign is Sagittarius. In Lake Forest, Illinois, DeBrincat played AAA hockey for the Lake Forest Academy. Later,  he left high school at the age of 15 to start his junior hockey career.

After three seasons with the Otters, at the beginning of the 2017- 18 season, DeBrincat made into the Blackhawks roster out of training camp.

He made his NHL debut in a 10 -1 victory over the Pittsburgh Penguins on October 5, 2017. In a game against the Montreal Canadiens,  DeBrincat scored his first NHL goal on October 10 against goaltender Carey Price.

DeBrincat recorded his first NHL hat trick against the Anaheim Ducks on November 27, making him the second-youngest player of the Blackhawks to score a hat trick, four days behind Jeremy Roenick.

In the 2016 IIHF World Junior Championships in Helsinki, Finland, DeBrincat has been named to Team USA. In the tournament, he scored one goal in 5 games, helping the team USA clinch Bronze.

Currently, he is playing along with his fellow right-wing player Patrick Kane.

Most recently, DeBrincat lit the lamp in Saturday's 2-1 win over the Stars. He scored on a breakaway off a pass from Patrick Kane with just 36 seconds remaining in the first period.