Seville, Spain native Alejandro Pozuelo, was born on 20 September 1991, under the star sign Virgo. The twenty-eight years old holds a Spanish nationality and belongs to the Spaniard ethnic background.

How Much Is Alejandro Pozuelo's Salary & Net Worth In 2020? Know His Market Value

Alejandro Pozuelo is ranked #6 in the top ten highest-paid M.L.S. players where Zlatan Ibrahimovic of L.A. Galaxy and Michael Bradley from Toronto F.C. holds 1st and 2nd position in the list. As reported, he earns an enormous sum of $3.8 million per annum as salary from Toronto F.C. Besides; he generates eye-watering millions of dollars in value through his endorsement deals with Adidas. 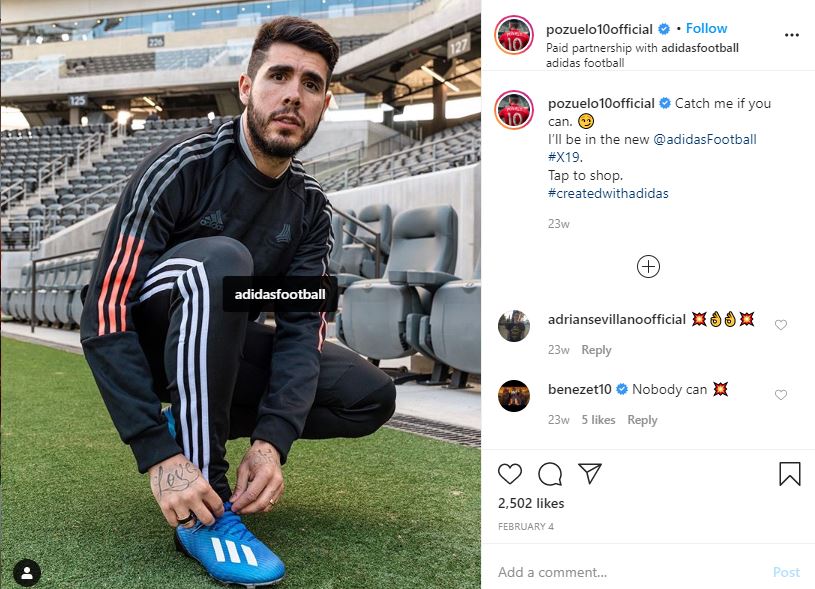 As updated on 8 April 2020, his market value is €6.50 million. Back in 2017, he market value was recorded at €8 million, which is the highest value to date. As of 2020, his net worth is over $5 million. For sure, Alejandro is living a quality life and owns a million-dollar mansion and car, but he is yet to reveal.

Alejandro is married to Beatriz Font. However, the parents of two has not shared when they tied the knot but one this is sure, they have been together over a decade which came publicly known through one of his I.G. posts.

He often mentions how his family is important to him in most of his interviews. He said, "The first (important part) of my life is my wife and my children and I think the best option for me and for my family is here (in Toronto),"

Currently, twenty-eight years old attacking midfielder, Alejandro Melero stands 1.70 m (5 ft 7 in) and weighs 63 kg. Generally right-footed, he is capable of playing off of either foot and is known for his vision and ability to provide assists for teammates.

An academic product of Betis, Alejandro Pozuelo made his official debut with the main squad on 2 October 2011, playing the second half of a 0–1 La Liga home loss against Levante U.D. Overall, he appeared 33 games during his tenure with three goals.

On 2 July 2013, Pozuelo signed to Swansea City on a three-year contract. For the club, he scored on his debut, rounding off the scoring in a 4–0 home win against Malmö F.F. in the first leg of the third qualifying round of the UEFA Europa League. Further, he had his second goal in the same competition at the Liberty Stadium on 22 August 2013 in a 5–1 playoff round victory over Romania's FC Petrolul Ploie?ti. In total, he made 36 appearances during his spell in Wales.

Moreover, he returned to his country and joined Rayo Vallecano. For the club, he played 12 matches across the competitions. On 31 August 2015, he agreed on a two years deal with Belgian First Division A team K.R.C. Genk, where he took part in 106 matches and scored 17 goals. Since 4 March 2019, he is playing with M.L.S. side Toronto F.C.