Alberto Salazar is a well-known American former track coach and a long-distance runner. Salazar held numerous records in his early days but was permanently banned in July 2021 after sexual and emotional misconduct allegations. Alberto won three gold medals at the New York City Marathon in 1980,81 and 82.

Alberto Salazar was born on August 7, 1958, in Havana, Cuba. His family migrated to the states while he was very small. He is the son of Jose Salazar and his wife. His father was a close friend of Fidel Castro. Salazar graduated from High School and enrolled at the University of Oregon. Talking about his physical appearance, Salazar stands five feet and eleven inches tall and weighs 64 kg.

Alberto was an outstanding high school runner who was state cross country champion in 1975. won numerous events while representing his High School. After completing High School, numerous universities offered him scholarships, but Salazar committed to the University of Oregon. While in the university, He won numerous All-American honors, was a member of the 1977 NCAA cross country championship team. 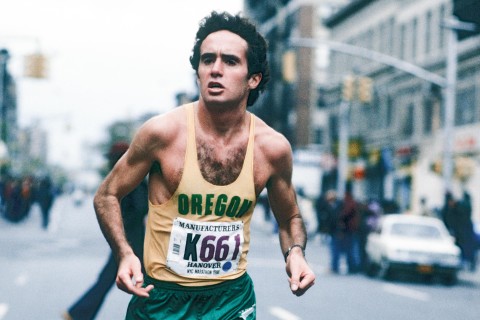 Alberto became a household name in 1980 after he won his first-ever marathon at the New York Marathon. His result of  2:09:41 win was the fastest American debut and the second-fastest time recorded by a U.S. runner. In the next two years, Salazar won the New York Marathons. The runner finished the 1982 season at ranked 1 after winning the Boston Marathon.

Alberto was selected for the 1984 Olympics. He was considered the best athlete to run in the track and field but finished a disappointing 15th in 2:14:19 under the hot Los Angeles sun. The runner trained and took part in several marathons in four years. Alberto could not make it to the 1988 Olympics and opened a successful restaurant in Eugene, Oregon. After a detailed check-up, it was found that Salazar had a running problem and exercise-induced asthma.

Alberto started coaching in 1996 and worked with Mary Decker for the Atlanta Olympics. Salazar joined Nike as their coach of the Nike Oregon Project. The following year, He was inducted into the Oregon Sports Hall of Fame. In June 2007, Alberto had a  heart attack and was rushed to the hospital. Since late 2007, Salazar stopped working as a coach.

In June 2015, When An investigation opened up for the Nike Oregon Project, Salazar was named among the wrong-doers. They were alleged with micro-dosing of testosterone and prednisone at the Nike Oregon Project. In late 2019, USADA banned him from working with any other organizations. The following year, the US Center of Safe sports made allegations over sexual and emotional misconduct that were investigated.

On July 26, 2021, Salazar was made "permanently ineligible" by SafeSport. His appeal for the High Court was repelled, and he will not be able to work again for sports.

Alberto got married to Molly Morton in 1981. They have been together for more than four decades. The love birds are the proud parents of two children, Alex and Maria Salazar. Salazar does not show a presence in social media and has successfully kept their personal life away from the spotlight.