Alberto Abalde is a Spanish professional basketball playing for Real Madrid of the Spanish Liga ACB and the EuroLeague. He plays in the shooting guard and small forward position wearing jersey number 6. The Spanish player has also played for the junior national team of Spain.

Abalde comes from a family that has a sports background. He has a sister named Tamara, a Spanish basketball player. Tamara plays for the Spanish team Duran Maquinaria Ensino. Besides, their father, Alberto Abalde, spawned a pair of basketball stars.

Insights On Alberto Abalde Salary and Net Worth

Abalde has earned a good amount of money from being a professional basketball player. His income rose when he signed a lucrative five-year deal with Real Madrid. It is believed that Abalde has an estimated net worth of around $500,000. Abalde has experience playing professionally since 2013. Throughout these years, he has represented a few teams. So, playing with them, he has surely racked up a fair sum of money. However, there is significantly less information regarding his salary and career earnings.

Abalde began playing basketball after joining the youth team of Joventut Badalona. And Abalde made his debut for the first team in 2013. He was doing well in his career, and in the same year, he became MVP of the final of the Nike International Junior Tournament. During that tournament, his team won the game against Barcelona. 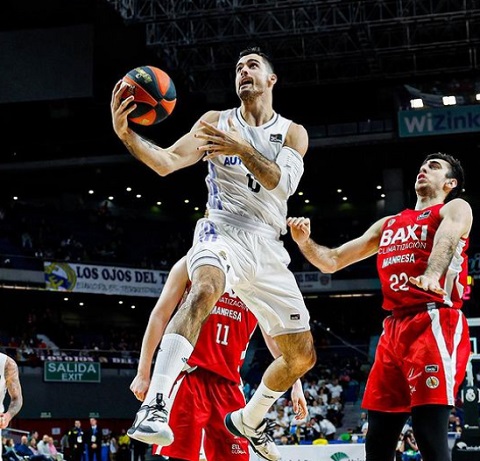 Alberto Abalde in one of his professional games  SOURCE: Instagram @aabalde6

For the 2013-14 season, he also played with Prat. On August 17, 2016, he signed a four-year contract with Valencia Basket. Later, Abalde entered the 2015 NBA draft. Later, he received an offer to play for another team. So, Abalde signed a five-year deal with the EuroLeague powerhouse Real Madrid in July 2020. Danilo Andusic is also a player competing in the EuroLeague.

Abalde is not dating anyone at the moment. He is single and is enjoying a solitary life to the fullest. Also, none of his Instagram posts hints at the basketball player having a romantic relationship. He has never been involved in rumors in the past too. 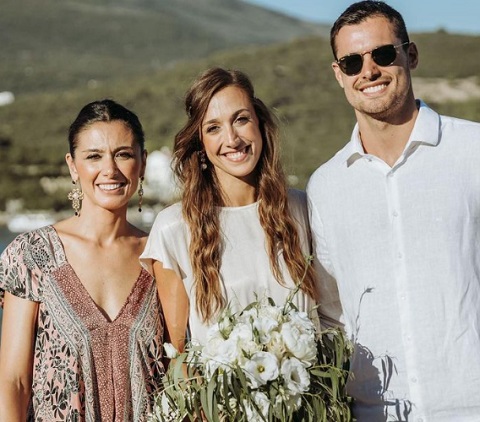 Abalde is currently at the peak point of his career. Rather than searching for a life partner, he prioritizes his basketball career. Also, he has not said anything about his love life. Abalde is a private guy, just like Juan Hernangomez.

Abalde was born Alberto Abalde Diaz on December 15, 1995, in Ferrol, Spain. So, Abalde holds Spanish nationality. Abalde spent most of his early days in Ferrol.