Alanna Wojciechowski is a wife of an American professional baseball pitcher Asher Wojciechowski, who is currently signed to the Baltimore Orioles of Major League Baseball (MLB). The couple tied the knot in 2013 and now expecting their first child.

Born on 29th November 1990, Wojciechowski is a graduate of the College of Charleston with a BA in Communication Studies. Currently, she is a Freelance Marketing Consultant & Virtual Assistant.

Alanna Wojciechowski is married to Asher Wojciechowski. The couple met when Asher was at The Citadel and Alanna at the College of Charleston. After dating for years, the duo tied the knot on 15th December 2013, when Asher pitched for Corpus Christi and OKC. 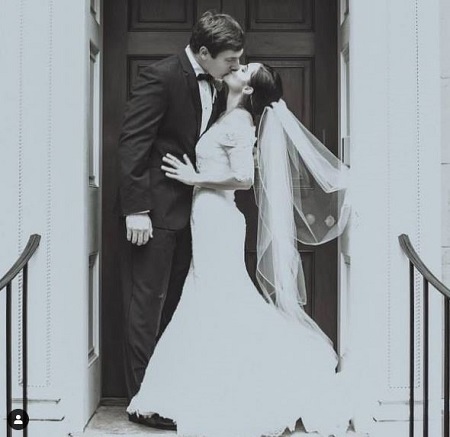 For a while, the couple had a distant relationship: Alanna working in Charleston and Asher on the road. Alanna recalls, “We tried that in 2014 and 2015, but it’s just hard. And then he got called up by the Astros, and I wanted to be there. I didn’t want to miss the experience. It’s so finite, and being there and seeing it in person is so different.”

Later, the pair decided to hit the road together and bought a house on James Island as an off-season home base. Further, they rent an apartment wherever Asher is pitching.

Alanna's husband, Asher Wojciechowski, is a 2010 MLB Draftee who was selected by the Toronto Blue Jays. On 9th April 2015, he made MLB debut for the Houston Astros. Further, the thirty years old played for the Cincinnati Reds (2017), and since 2019, he is playing for the Baltimore Orioles.

Who is Alanna Wojciechowski?

Alanna was born to the veteran football coach Paul Hamilton, who grew up on James Island and currently an assistant coach at Kentucky State. 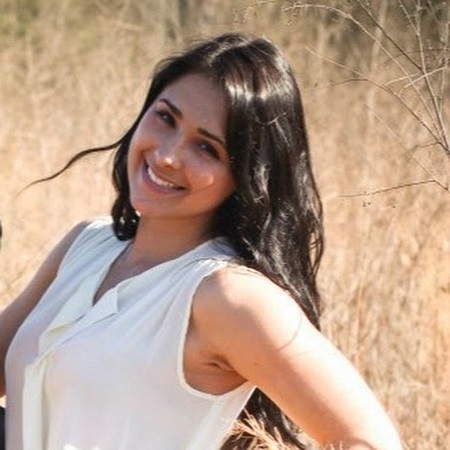 In 2013, Alanna graduated from the College of Charleston, majoring in Communication with a 3.4 GPA. While still at college, she served a media production assistant for the College as well as assistant to director and marketing coordinator at The Citadel Brigadier Foundation.

In 2014, she became assistant manager at Pale Horse Crossfit, and by 2017, she is a freelance marketing consultant and virtual assistant. 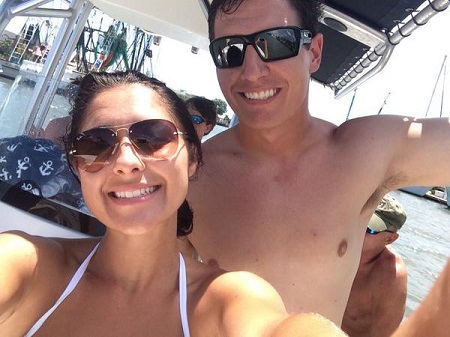 CAPTION: Alanna and her husband during vacation SOURCE: Twitter @AlannaWojo12

On the other hand, her spouse, Asher Wojciechowski, has an estimated net worth of $2 million and reportedly earns $555,000 per annum as salary.