The thirty-years-old baseball pitcher 1.93 m tall and weighs around 107 kg. At present, his net worth is approximately $2 million and has an annual salary of $268,560. Regarding his relationship status, he is married.

How Much Is Asher Wojciechowski Net Worth In 2019? Know His Salary and Contract

As of 2019, Asher Wojciechowski has an estimated net worth of $2 million. He has earned his wealth widely through his MLB career.

Besides, he has also played for Auburn Doubledays and Dunedin Blue Jays from which he might have earned a decent sum.

Asher Wojciechowski is a married man. He exchanged the wedding vows with his girlfriend, Alanna Hamilton on 14th December 2012. The couple is living a blissful life with any news and rumors of separation. 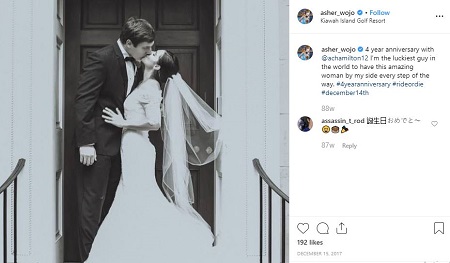 His wife, Alanna, is an amateur sports analyst who currently stands as CrossFit coach at Pale Horse CrossFit.

Besides, there is no information about Wojciechowsji past affairs.

Asher Wojciechowski was born on December 21, 1988, in Hardeeville, South Carolina. His Star sign is Sagittarius. He holds an American nationality and is of white ethnicity.

During his youth, he lived in Pensacola, Florida, Sturgis, Michigan, and the Dominican Republic. By his nine, he relocated to Romania with his family. At the time, he played soccer and joined Little League Baseball when it expanded to Bucharest when he was 11.

During his senior year of high school, his family moved to South Carolina where he attended Beaufort High School in Beaufort, South Carolina.

Upon graduation, Wojciechowski enrolled at The Citadel. in the summer of 2009, he competed for the United States national baseball team and was named the Southern Conference's pitcher of the year in 2010.

In the 2010 Major League Baseball draft, Wojciechowski was picked by the Toronto Blue Jays in the first round, with the 41st overall selection.

On April 20, 2017, Wojciechowski signed a minor league contract with the Cincinnati Reds. On October 6, 2017, he was elected free agency. 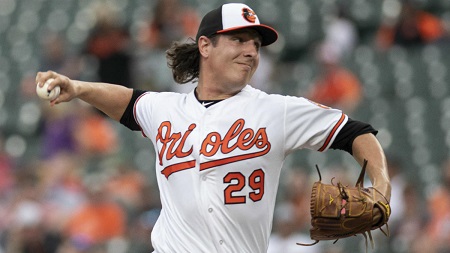 Further, he signed to Baltimore Orioles and then to Chicago White Sox and later to Cleveland Indians.

On July 1, 2019, Wojciechowski was traded to the Baltimore Orioles and joined the team alongside Pedro Severino, Trey Mancini, and Ty Blach.