Joanna Horn is a beautiful spouse of an Australian professional boxer, Jeff Horn. They are high school sweetheart who got engaged in 2012 and exchanged the vows later two years. As of now, the couple is a parent to their two adorable daughters.

To know more about Jeff Horn's wife and their love story, Scroll Down!!

Joanna Horn and her long-time boyfriend, Jeff Horn, married on 6th September 2014. The wedding was simple yet elegant.

In the ceremony, the bride flaunted on off the shoulder gown, where the groom appered in a white shirt and black suit.

Joanna met her future hubby, Jeff Horn, at MacGregor State School while both in Year 8. Initially, the two became good friends which gradually bloomed in a romantic relationship.

She said, 'We were friends throughout high school; things only started to happen towards the end of school.'

The couple continued to date until one fine day, Jeff proposed her with a beautiful diamond ring.

Without any delay, Jeff decided to flaunted their love on social media on November 11, 2011, and announced their engagement. 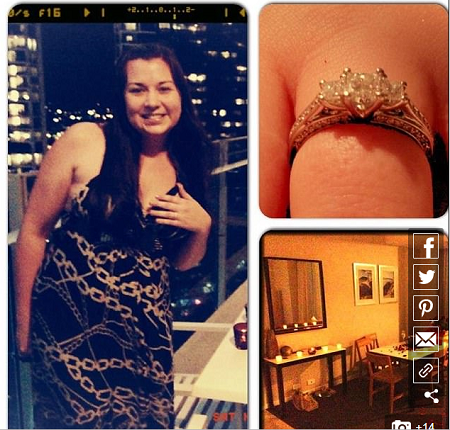 Like in a fairy tale, the announcement was paired with a photo of a diamond ring and a photo of her appearing to gush over the happy news.

It's been years of their marriage and more than a decade together; however, Joanna said it never got any easier watching Jeff in the ring.

Aforementioned, Joanna and her husband are parents to two daughters. Their first daughter, Isabelle Kate Horn, was born on 30 December 2017. 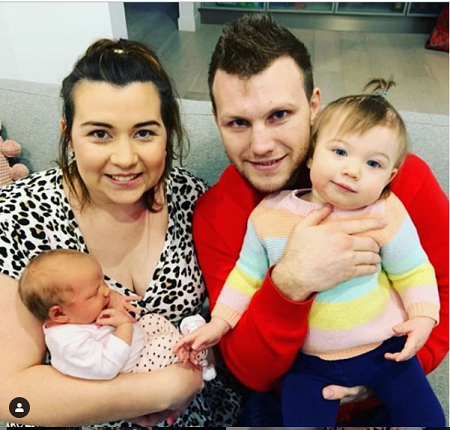 She often shares her family pictures via her Instagram.

Joanna, who studied Business & Sports Management at Griffith University, is yet to reveal her profession. Most of the time, she is seen promoting her husband's clothing line as well as some of the beauty products.

Though there is no detail available regarding her income source, she shares a tremendous net worth of $6 million with her husband. 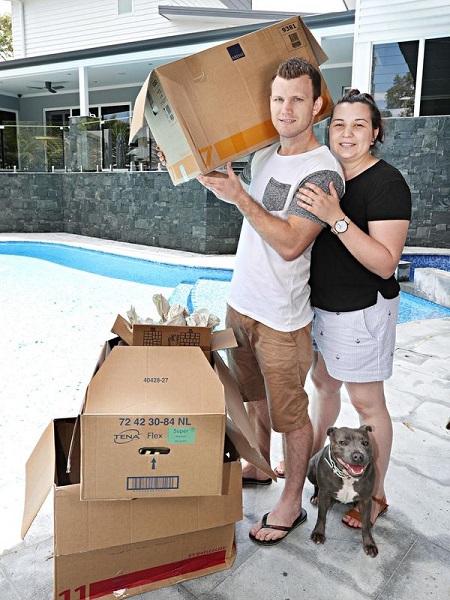 Jeff and Jo at their new home SOURCE: real estate

Currently, the couple resides in $1.71 million lavish mansions in Sunnybank. The five-bedroom modern house consist of an outdoor alfresco terrace with a built-in barbecue as well as a stone dining table overlooks a resort-style swimming pool.