Irmarie Márquez is a pretty WAG who belongs to a Puerto Rican MLB player, Javier Baez. The couple tied the knot on 26th January 2019 and blessed with a son.

Báez's wife was born on 5th April 1993, in Bayamon of Puerto Rico. Her star sign is Aries. Regarding her nationality, she is Puerto Rican.

Irmarie Marquez and her long-time partner, Javier Baez exchanged the vows on 26th January 2019 at the Vanderbilt County Hotel in San Juan.

Their wedding was lavish and attended by some famous faces from the baseball world, including their family members and friends.

First Encounter at the Age of 13

Irmarie and Javier met for the first time at the age of 13 while both were a student of a middle school in Puerto Rico. At that point, there is nothing but friendship between them.

Later, Javier left Puerto Rico for Florida, and when he came back after a long period, he fell in love with Irmarie. Soon they start dating and become closer than ever. 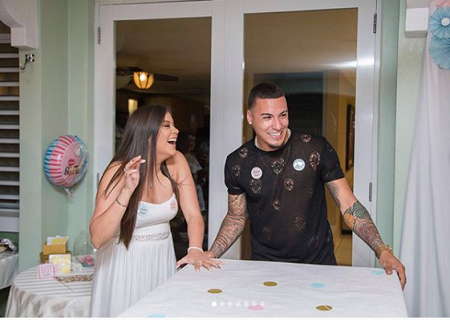 After being in a relationship, Irmarie decided to move in with him and relocated to Chicago, where she faced a tiny problem being her inability to speak good English. But taking classes there, she gradually improved.

In January 2018, Irmarie and Javier came out with a big announcement, sharing the pregnancy news with their fans and well-wishers. They were expecting their first child, a son together. 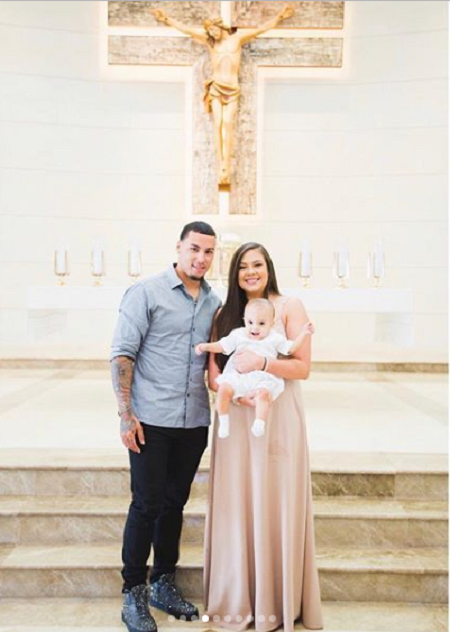 On June 29, 2018, they welcomed their little one and named, Adrián Javier Báez Márquez.

Irmarie's hubby, Javier Baez is a Puerto Rican native who was born on December 1, 1992. Not to mention, the hunk is professional baseball shortstop and second baseman currently signed to the Chicago Cubs of Major League Baseball (MLB). He was picked with the ninth overall selection of the 2011 MLB draft. by the Chicago Cubs.

Chicago Cubs – No. 9 Shortstop / Second baseman is the very first player to steal home in a postseason game for the team since Jimmy Slagle in 1907.

In October 2016, the Puerto Rican man was named the National League Championship Series co-MVP alongside a teammate, Jon Lester as the team clinched their 2016 National League pennant.

Irmarie Marquez, a beauty enthusiast, shares beauty tips and glam products that she approves of on her another Instagram where she has 24.2k followers while she has 136k followers on her first Instagram account.

As a beauty guru, she often promotes cosmetics of different brands through which she summons decent amounts.

Moreover, she shares a jaw-dropping net worth of $10 million with her husband, Javier Báez.