Alan Cervantes is a professional football player from Mexico who currently plays in the Mexican top league, Liga MX. He plays in the defensive midfielder position for Santos Laguanas where he joined in 2020. He wears the Number 6 Jersey for his team.

Internationally, he represents Mexico and has represented Mexico in different tournaments. In 2015, he won the CONCACAF Under 17 championships with Mexico's youth team. He has also won CONCACAF Champions League in 2018 while he was in Guadalajara.

Who is Alan? Who are his parents?

Alan Josue Cervantes Martin del Campo, famously known by the name Alan Cervantes was born on January 17, 1998, in Guadalajara, Jalisco, Mexico. According to astrology, his birth sign is Capricorn. 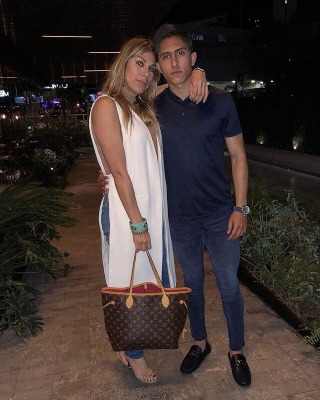 Read: Who is Odilon Kossounou? Bio and Personal Information

He was born to his father and mother whose names are not revealed at the moment. He has never talked about them in the public but he has always appreciated his mom through his Insta. Once, he praised his mother for his sacrifices saying,

"Everything I am and hope to be I owe to my mother and father at the same time, like YOU there are not two, I love you. "#LaSuegra" they call her."

His weight is around 68 kg and his a well-shaped body.

What is the net worth of A Cervantes? His salary and Contract

As per sources, the net worth of Alan Cervantes is estimated to be $400,000 approximately. His earnings come from his career as a football player with different teams. 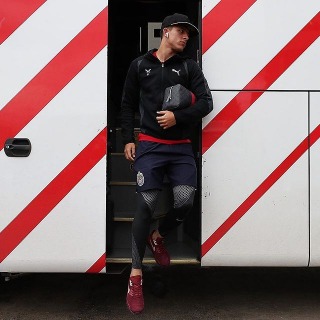 Alan Cervantes is currently single in 2022 and not dating anyone. He is also not engaged and married to anyone previously. He is barely seen with any girls in the public and never shares photos with girls on his social media too. 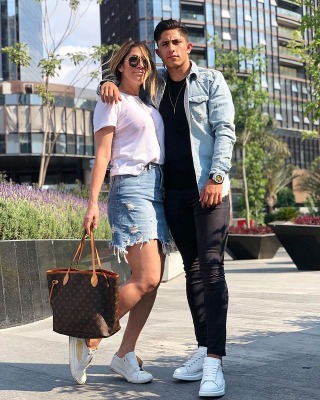 In June of 2019, he posted a photo where he was seen with a girl holding her in his arms. So, fans predicted whether she is his partner. But in the caption, he mentioned her as Bro. So, she must be his close friend or relative.

Other than that, there is no info about his relationship status.

The Mexican midfielder Alan is also active on social media platforms like Instagram. He has more than 107,000 followers on his Insta and his Insta Id is @alancervantes10.