Akila Dananjaya, a cricket player for the Sri Lankan squad and Galle Galidators in the local league, is from Sri Lanka. He is a great right arm leg break and off break bowler. The Sri Lankan cricketer that plays professionally has experience playing for a number of different cricket teams. Since 2020, Dananjaya has been the Galle Gladiators' official representative.

The Sri Lankan spin bowler began playing cricket when he was a young boy and debuted for his country on September 27, 2012. Akila Dananjaya has a variety of jobs outside of cricket. He played for Sri Lanka in all three formats of the game after making his international cricket debut, with the most recent game taking place in 2021. Dananjaya was a member of the Sri Lankan side that participated in the 2019 Cricket World Cup. 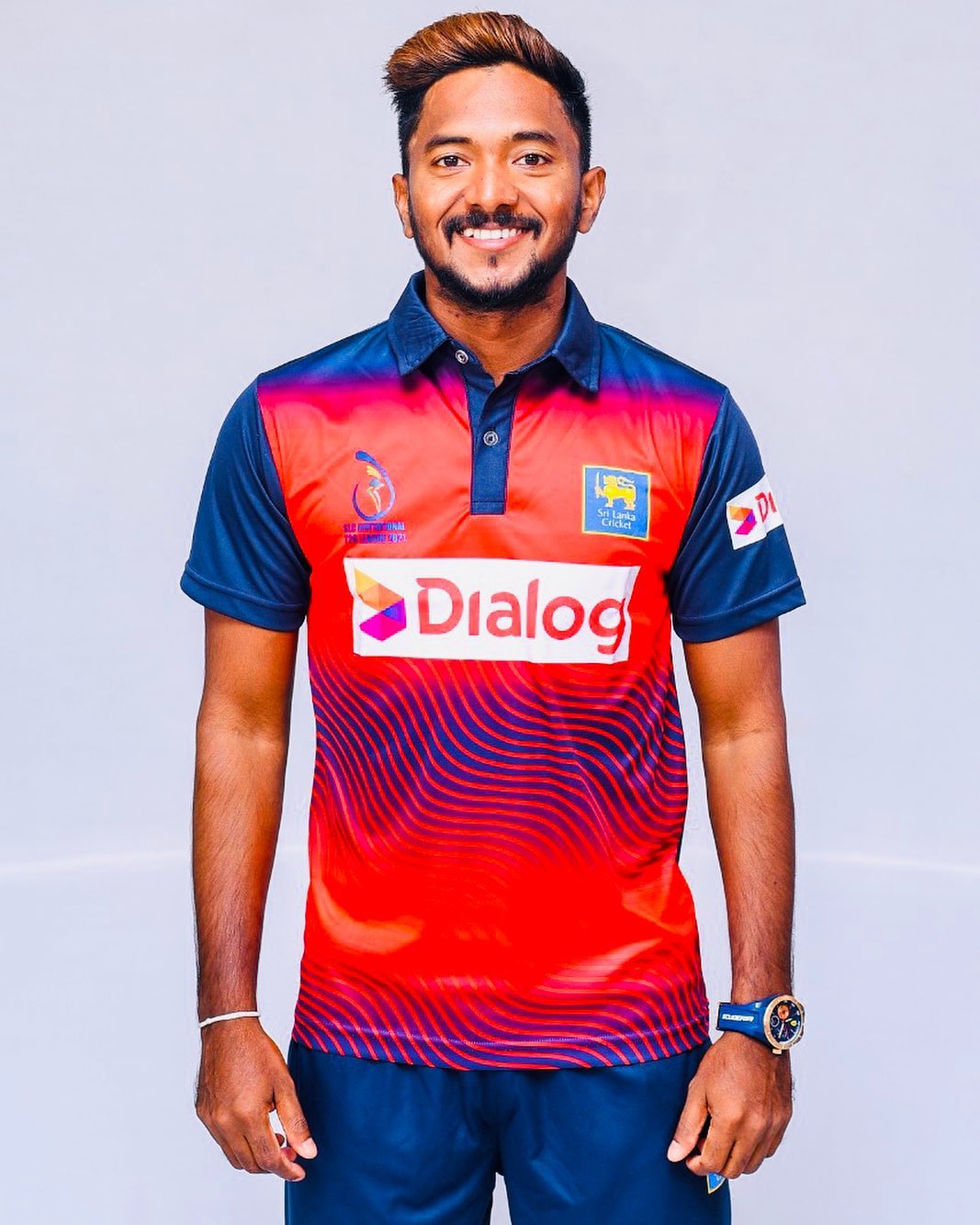 He was chosen to represent Wayamba United in the first season of the Sri Lanka Premier League. He took 3-18 against Nagenahira Nagas in just his second game for the franchise, frequently upsetting the batsmen with his flight, googly, and other variations. Dananjaya was purchased by the Chennai Super Kings for his basic price of twenty thousand USD at the 2013 IPL auctions. He was acquired by the Mumbai Indians in the 2018 IPL auction in January 2018. 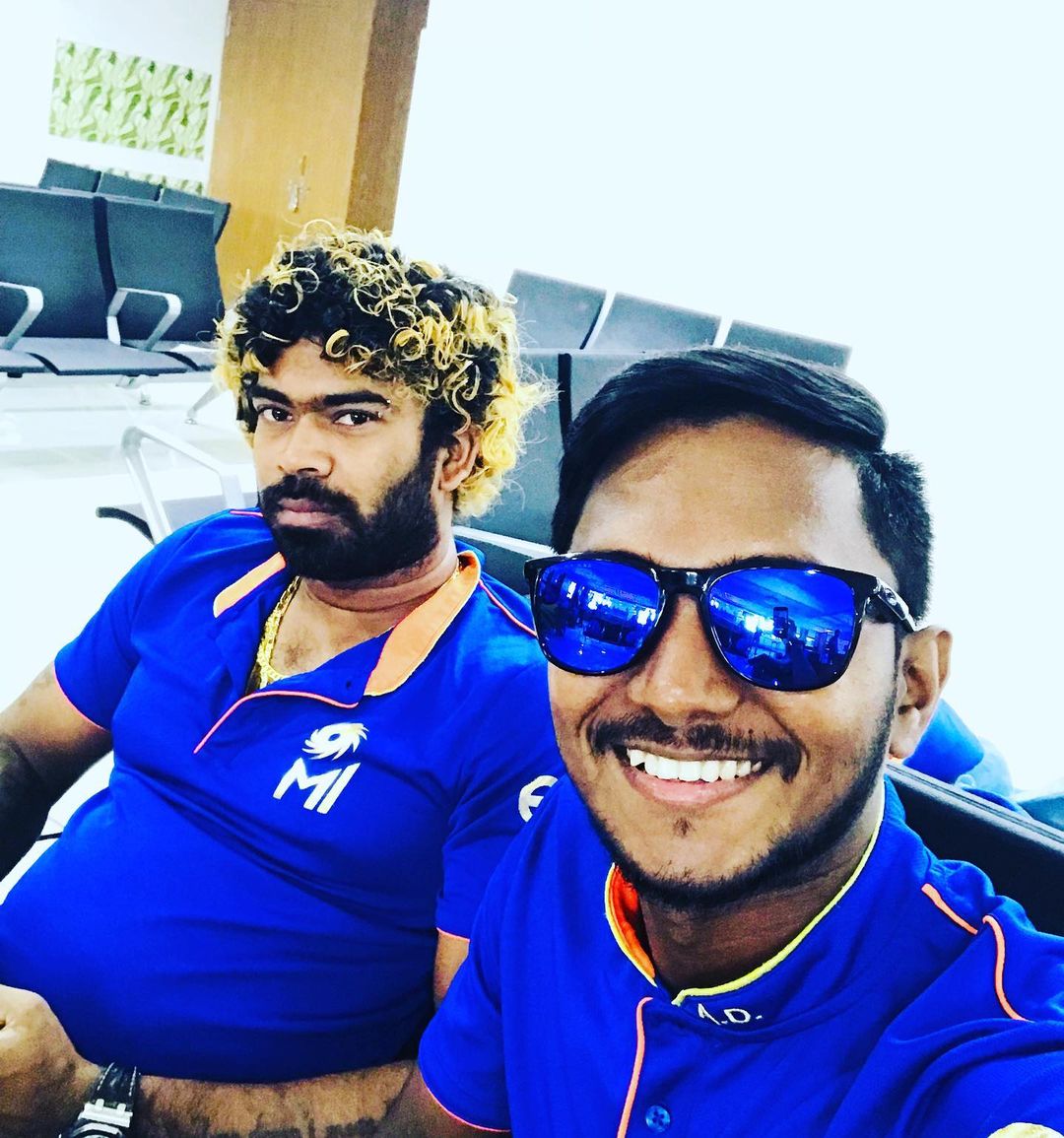 Dananjaya with Malinga when they're in Mumbai Indians s SOURCE: [email protected]

He was included on Galle's roster for the 2017–18 Super Four Provincial Tournament in March 2018. He was selected for Colombo's team for the 2018 SLC T20 League in August of that year. He was included in Colombo's roster for the 2019 Super Provincial One Day Tournament in March. He was chosen by the Galle Gladiators in the first round of the Lanka Premier League draft in October 2020. He was selected to play for the SLC Reds in the 2021 SLC Invitational T20 League competition in August of that year.

He is described as being a left-handed batsman and an off-break bowler who has seven known bowling variations, including the leg-break, googly, carrom ball, doosra, and his trademark off-spinner, which impressed Mahela Jayawardene, the captain of the national team, so much in the nets that Jayawardene asked for him to be fast-tracked into the national squad. At that time, Dhananjaya had never participated in a first-class, List A, T20, or even U-19 cricket match. His nomination was then questioned by the media based on a net performance, which in turn sparked controversy. 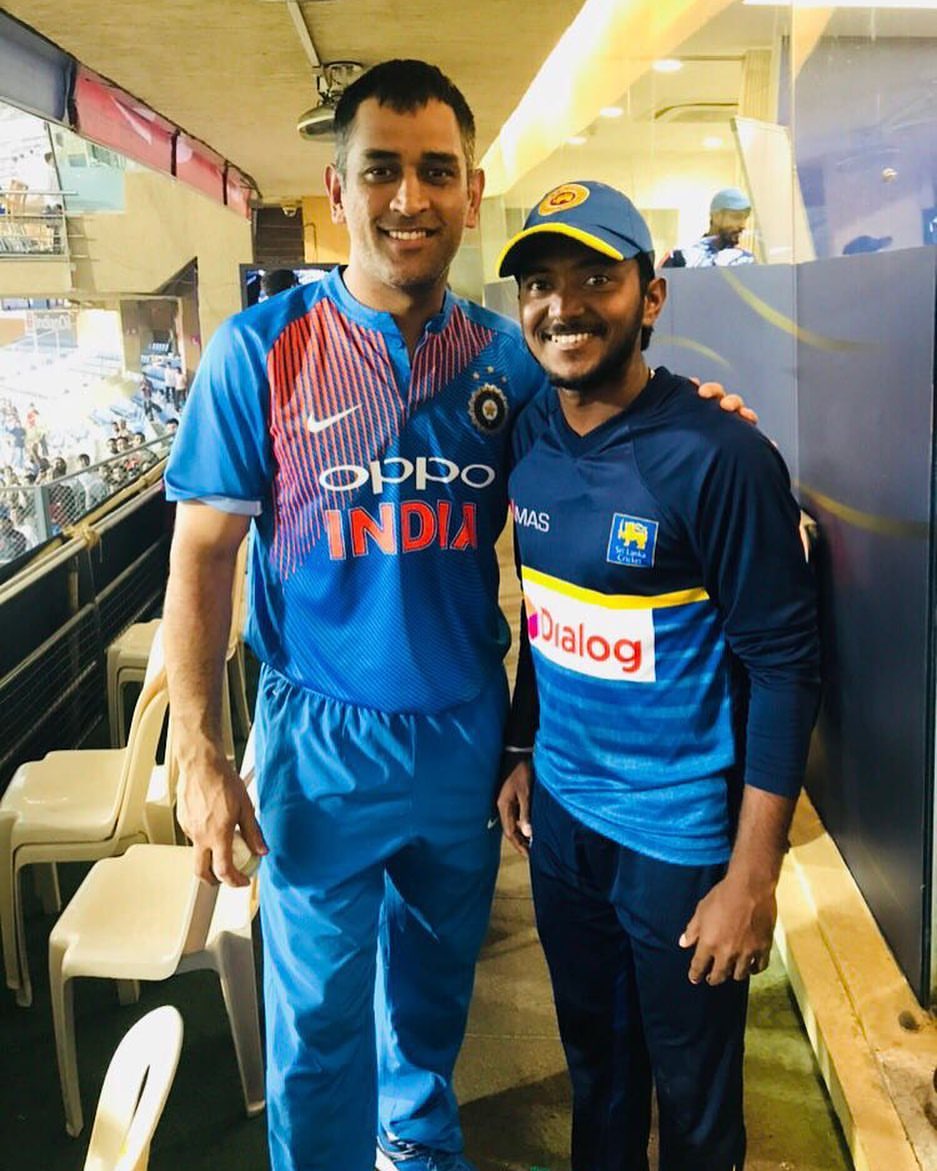 A spot in the final team for the 2012 ICC World Twenty20 resulted from this. At the age of 18, he played in a World Twenty20 pool match against New Zealand at Pallekele for the first time. For the 2017 tour of Zimbabwe, Dananjaya was reinstated into the ODI team after a five-year absence. He grabbed his first ODI wicket in the series opener by removing Craig Ervine. At the Pallekele Cricket Stadium on August 24, 2017, he grabbed his first ODI five-wicket haul against India. His wicket took place in a span of 13 deliveries, which is a Sri Lankan record in ODIs as well.

The Indian batsmen were confused by him. However, India ultimately prevailed in the game by three wickets, and Dananjaya's bowling stats of 6 for 54 remain the greatest by a Sri Lankan in a losing effort. He was named man of the match despite the outcome due to his strong bowling effort. On October 13, 2017, Dananjaya recorded his first ODI fifty against Pakistan. While his undefeated 50 off 72 balls did not assist Sri Lanka win the game, it did help the team's total score beyond 200.

Dananjaya is said to have had questionable bowling motion in November 2018 in Galle during the first Test match against England. After that, he was asked to submit to tests regarding his activity within 14 days. But according to the ICC, he can continue to bowl until the findings of the bowling tests are known. Despite Sri Lanka losing the game and the series, Dananjaya played the second Test of the series and claimed a five-wicket haul. 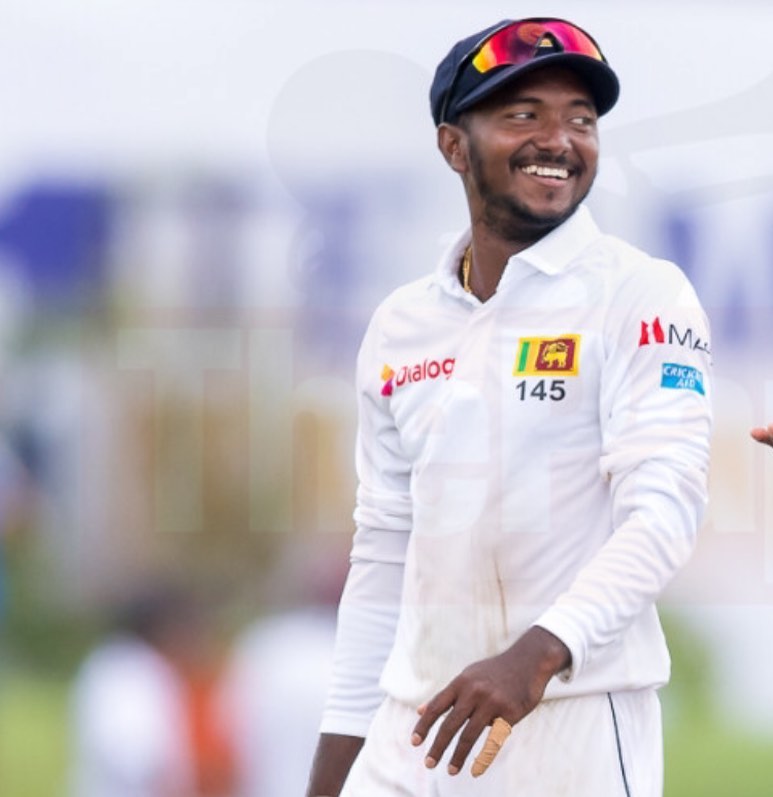 Due to biomechanical testing in Brisbane, Australia, he missed the third Test. Due to his actions being ruled unlawful, he was barred from bowling in international competitions in December 2018. Even though Sri Lanka Cricket permitted him to bowl in domestic cricket matches with cameras positioned all around to record his performance.

He traveled to Chennai on February 1st, 2019, to reevaluate his bowling motion. The reevaluation took done at Chennai's Sri Ramachandra Institute of Higher Education and Research's Center for Sports Science (CSS). He received permission from the ICC to play international cricket on February 18, 2019. Following approval, he was included to the South African ODI series.

Akila Dananjaya makes a decent living playing professional cricket. Dananjaya has competed in a number of international events, and his successes there must have contributed to Dananjaya's financial success. The majority of Akila Dananjaya's revenue comes from his club playing. 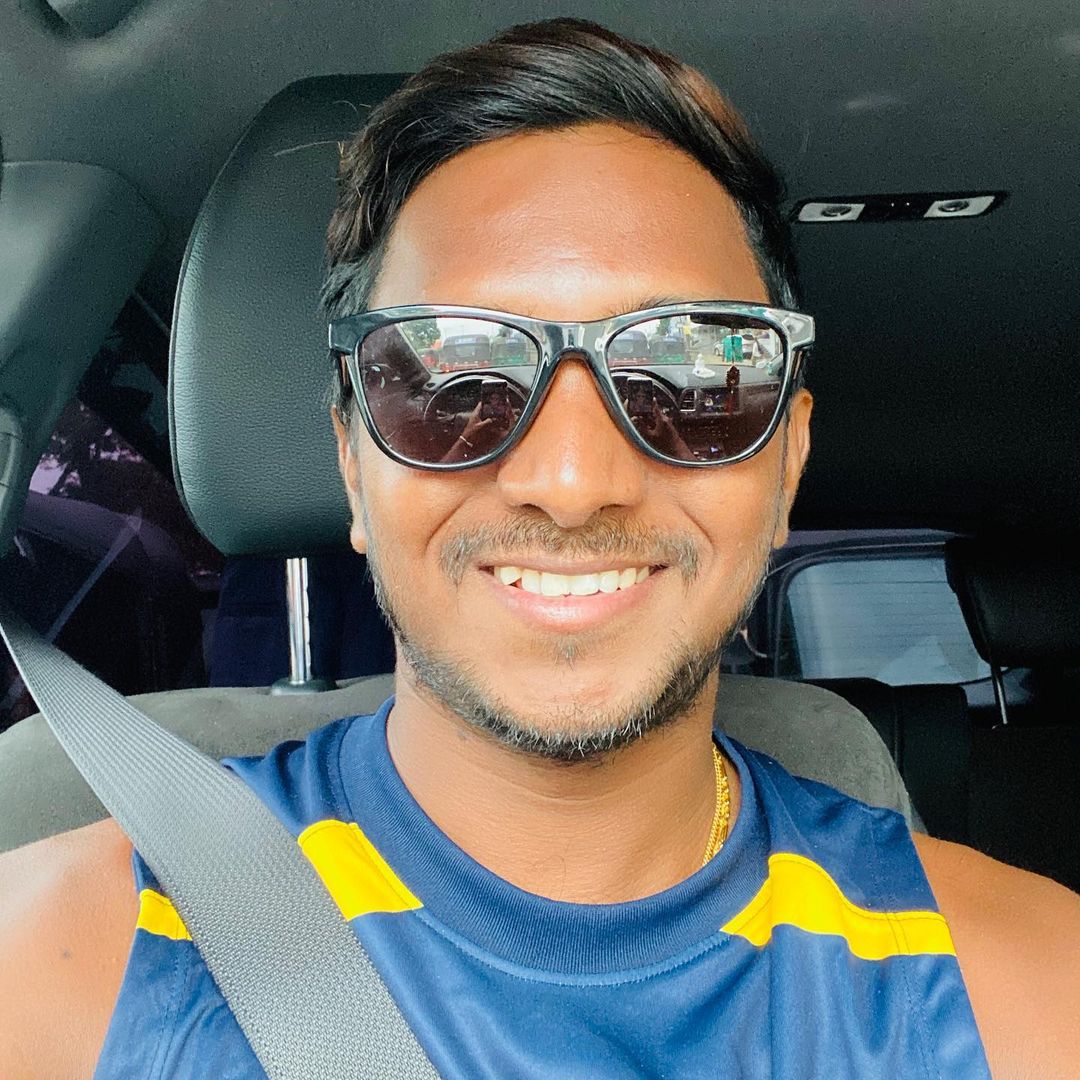 Akila makes a sufficiently living playing cricket for Sri Lanka's national squad. Akila's base salary playing for the Sri Lankan cricket team is $35,000 and when he plays for Sri Lanka he made $7,500, $5,500 and $3,500 each for Test, ODI and T20I respectively. Akila also receives repayment from the various multinational teams he has represented.

Without a doubt, Akila Dananjaya lives a lavish lifestyle as a result of his enormous riches. This yields an estimated net worth of $6 million for him. He does, however, have ties to a number of athletic associations. Without a doubt, Dananjaya has gained financially from expanding his company.

Learn the biography, marital status and salary of Nuwan Kulasekara.

Yes, the charming Nethalie Tekshini and Dananjaya are wed. Before being married, the two dedicated birds dated for a very long period. The Dananjaya couple has also begun a family of their own. They also have a little child. On August 22, 2017, they exchange vows at the Ramadia Ran Mal vacation resort. 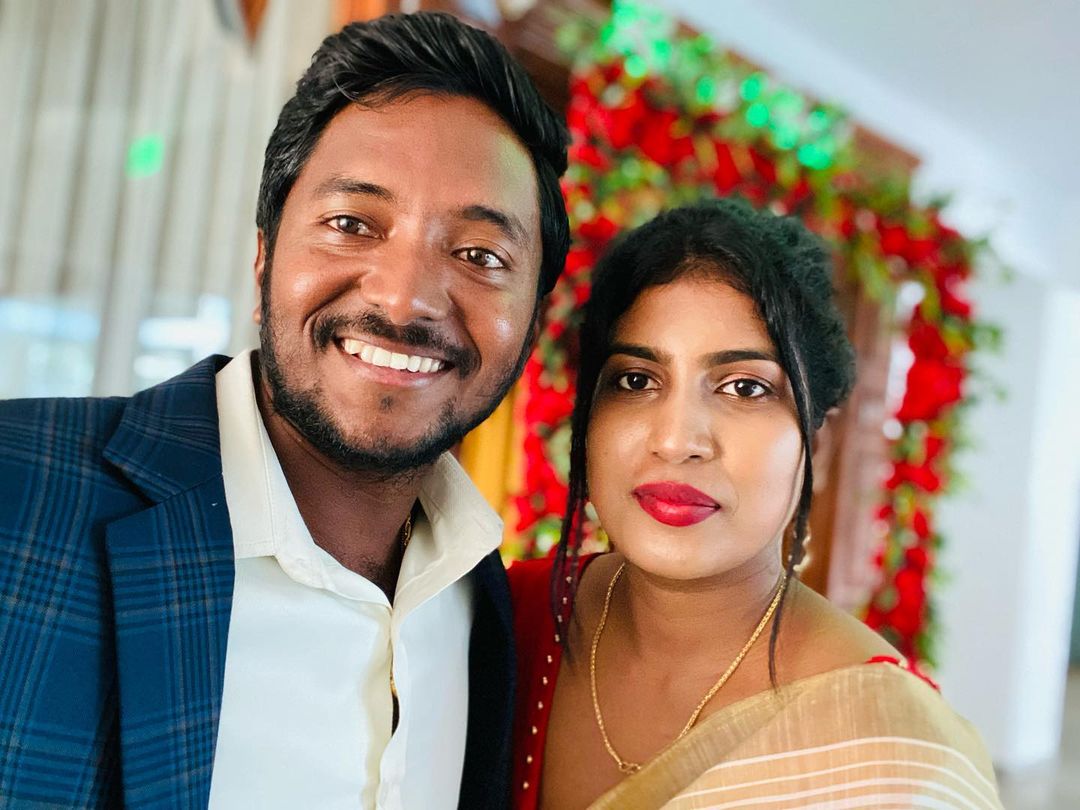 Both Dananjaya and Nethalie share photos from their daily lives on social media. An all-around professional bowler is a devoted father who values quality time with his family. Dananjaya's Instagram handle is @akila04dananjaya. Dananjaya may be followed there so we may observe his daily activities.