Oshada Fernando, the Srilankan cricketer, plays domestically for Chilaw Marians Cricket Club. Further, he plays all formats of the game and is a professional-level cricket player. The professional player made his international debut for the Sri Lanka cricket team in early 2019.

Oshada is a professional-level cricket player who is a right-handed batsman and has an amazing experience playing for several cricket teams. Since 2019 he has been playing for the national team of Srilanka. Similalry, the batsman stands at the height of 5 feet and 11 inches tall.

Bodiyabaduge Oshada Piyumal Fernando, famously known as Oshada Fernando, was born to his parents on 15 April 1992. Besides, he grew up with his parents in Colombo, Sri Lanka.

Additionally, we have no clue if he has any siblings with whom he grew up. Apart from that, no information about the cricketer's early life and schooling life has been updated as he is focused on his professional career and not on his personal life. However, we can say that Fernando must be well educated and has received his certificate from a reputed college and University. 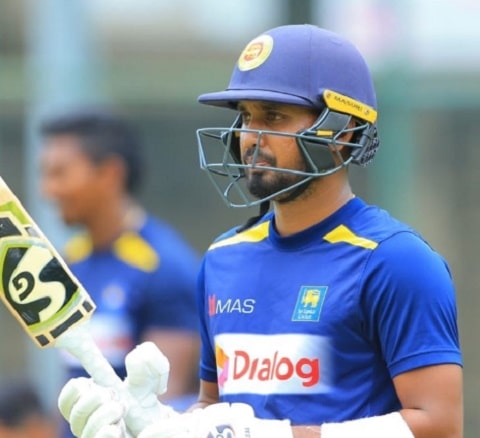 Moreover, Oshada's family has remained one of the most asked questions as of this writing, as fans seem to be captivated with it for a long time. However, he has not shown any concern about sharing them publicly. So, people must wait some more time to explore Oshada's family and personal life unless he feels comfortable sharing it online.

The fan's favorite, Fernando, started his early career in 2011 when he played for Colts Cricket Club in the 2010–11 Premier Trophy. Similalry, in 2017-18 he was anointed in Galle's squad for the 2017–18 Super Four Provincial Tournament. Besides that, Oshada was the leading run-scorer in the 2018–19 Premier League Tournament. 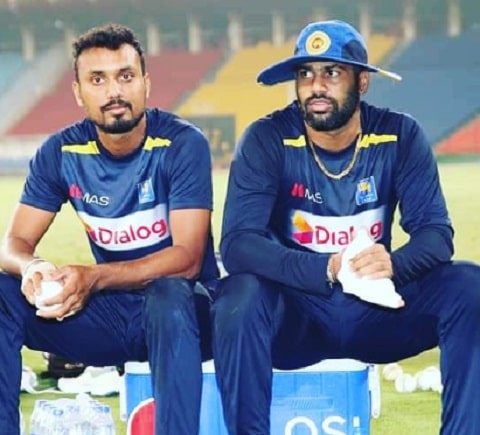 Additionally, in October 2020, another turning point came into his cricket career as the Dambulla Viiking drafted Oshada for the inaugural edition of the Lanka Premier League. While talking about his international career, in February 2019, he was chosen for Sri Lanka's Test team for their series against South Africa. For your information, he made his first Test debut for Sri Lanka on 13 February 2019 when the Srilankan squad played against South Africa.

His Net Worth And Salary Revealed

The Srilankan national teammate, Oshada Fernando, surely has a nice livelihood. As we mentioned earlier, he has played several matches for his country's team, so Oshado must have gathered a decent sum of money from his current profession as a cricketer. Similarly, playing for clubs and the national team is where Fernando makes the most of his earnings.

Further on this, the exact details of Oshada's net worth are now invisible. We will try our best to update it as soon as possible. However, considering his cricket career, we can say that, Oshada has a net worth of millions of dollars as he is one of the richest and most well-settled players in the world.

Similarly, the average salary of a Srilankan Cricketer is $60,000- $100,000 or more than that, so he also must be earning the same salary or more than that. Hence the exact calculation of this is yet barred from the public eyes. 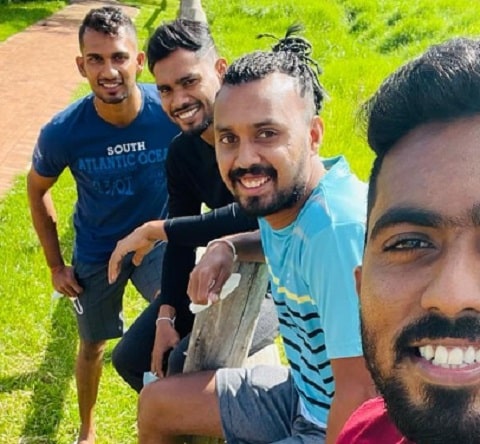 While exploring his cricket career, the player has given most of his years in the field. And he has a huge range of experience and taste of the cricket field so, considering the fact, we can expect Oshada to have an attractive collection of cars and houses that must be with is million dollars.

The Srilankan national player, Oshada Fernando, is a married and family man. Besides that, most of his fans seem curious to explore his private life apart from the professional, so we are here to let people know everything about it. Fernando is happily married to his wife, whose name and identity are still a mysterious topic for us.

Similarly, the couple also has a daughter who seems to be 2-3 years at the moment, but Fernando being Fernando, likes to keep his private life details away from the public eyes. Nevertheless, he keeps sharing his family photo on his social media handle. Despite thousands of questions about his married life, Fernando prefers to keep it secret and confidential, so we have no clue how long the couple has been together and if they were dating each other before sharing wedding vows. Furthermore, Fernando hasn't shared any details about his wedding, including the wedding date and venues, so this is another suspicious topic.

Oshada is very active on Instagram, where we can follow him under the username @oshada_80. Besides, more than 11k people follow him, and he often shares pictures and videos on the platforms where he has shared 158 posts as of this writing.

The Colombo-born cricketer, Oshado is a tall and well-fit guy who stands at 5 feet 11 inches or 180 cm. However, his weight measurement is not available at the moment, but we can say he has maintained himself pretty well, and also Oshaso is active in sports activities.

For more interesting facts about your favorite cricketer, you can follow Playerswiki.