Nuwan Kulasekara is a former cricket player from Sri Lanka who has played professionally for the Sri Lankan team in various national and international events. He participated in multiple games representing his country and was also a key member of the team that won the 2014 ICC World Twenty20. In addition to that, he also played a major role in the finals of the 2007 Cricket World Cup.

Kulasekara has also played for various clubs and such as Lahore Qalandars, Comilla Victorians, and Colts Cricket Club. He disclosed his retirement from international cricket in July 2019. After retiring, he was appointed as the bowling coach of the Kandy Tuskers franchise for the 2020 Lanka Premier League.

He was born Kulasekara Mudiyanselage Dinesh Nuwan Kulasekara in Nittambuwa, Sri Lanka. As his birthdate is July 22, 1982, Kulasekara is 39 years old as of early 2022. Kulasekara spent most of his early days in Nittambuwa. Further, he holds Sri Lankan nationality, and his height is 5 feet 9 inches (1.76 m). 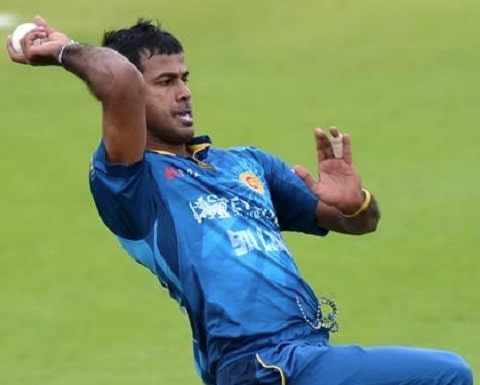 From a young age, Kulasekara was a sport-loving person, and he mainly used played cricket. Not much is known about his early life, as he has not shared anything with the media. In the same way, his family information remains a mystery to the public.

The former cricket player has played with various teams. Talking about his international career, his One Day International debut on November 18, 2003, by playing in a match against England in Dambulla. Likewise, he made his test-cricket debut on April 4, 2005, against New Zealand, and the game was held in Napier, New Zealand.

He has also played in T20 games, and his debut came on October 11, 2008, against Pakistan. Not to mention, he is a Right-arm fast-medium bowler. Later, he participated in multiple games and also helped the team to win most of the matches. Similarly, he also participated in the Bangladesh tri-series, and during that time, he played a major role in winning games against Bangladesh and Zimbabwe. His performances helped him gain not only fame but also won various titles too. During the Pakistan series in the motherland in 2009, he became the highest wicket-taker in the three-match test series. Furthermore, Kulasekara has not only played games but also faced some injuries. In the year 2014, he played in the ODI series against England.

Moreover, he also holds the world record for most T20I maiden overs bowled (six). In the same year, he went to India for an ODI series. Playing with the Srilankan team for a long time, he announced his retirement on June 1, 2016. Apart from his international career, he has also been a part of some teams. He played for Kings XI Punjab and Chennai Super Kings in the Indian Premier League.

In addition to that, Kulasekara has played in some leagues. Some of the teams he played for were Kandurata Maroons, Comilla Victorians, and Sussex Sharks.

Career Earnings and Net Worth Revealed

Being a former professional player, Kulasekara has accumulated a great sum of money. As we know, he has also played for multiple teams, and Salary Sport reports that, while playing for the Chennai Super Kings in the IPL, he earned £52,204.6. Having such impressive pay, his net worth is surely remarkable, and some online portals have estimated his net worth to be around $500,000 to $1 million.

With the Sri Lankan national team, Kulasekara has participated in multiple games, which might have helped him gain a huge fortune. In addition, a cricket player earns around £12,000 per year up to £625,000 per year. After retiring from professional cricket, he also became a coach.

So, a coach has an average salary of $41,058 a year. During his professional career, Kulasekara may have worked with some brands or companies. Working with the Kulasekara may have gained some profit which helped him preserve a whopping bank balance. Now, he may live a lavish life with such great earnings.

The former player, Kulasekara, is married, but he has not shared anything about his personal life with the media. A YouTube video has said that he is a married man and also has a wife. Till now, Kulasekara has not given any hint about his married life. 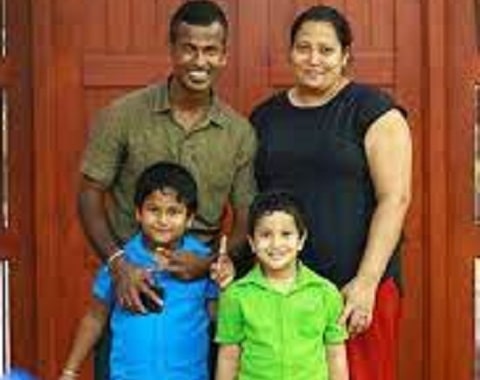 On the other hand, the former cricketer is not much active on social media. Due to his private nature, none of the media sources are able to collect his information. We can find some accounts under his name, and in one of them, we can find some images of his family.

In conclusion, Kulasekara is a family man, and he loves spending time with them in most of his spare time. So, with his family, he lives a low-key life.

Dont forget to read everything about Niroshan Dickwella, the Srilankan's cricketer.

As said above, Kulasekara is a private person, and he does not have much presence on social media. However, we can find some profiles under his name. Despite that, Kulasekara keeps his life far from the limelight. 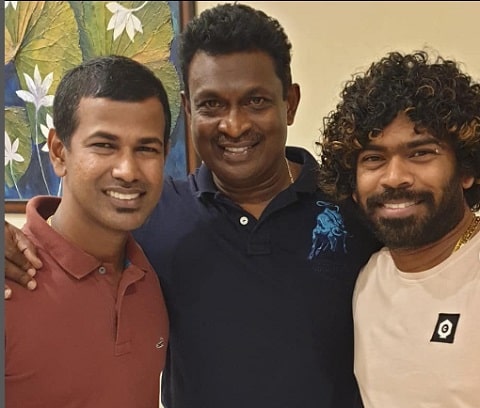 Apart from that, we can get updated with his professional life following some verified sites too.

Some Facts About Nuwan Kulasekara