Ahmed Ayoub Hafnaoui, born on 4th December 2002 in Métlaoui, Gasfa, is a Tunisian swimmer who stunned the world in the 2020 Summer Olympics. The Tunisian swimmer was the slowest qualifier for the final race but won the gold medal in the men's 400-meter freestyle.

Ahmed Hafnaoui is only the third swimmer in history to achieve a gold medal out of the 8th lane, the slowest qualifying lane. 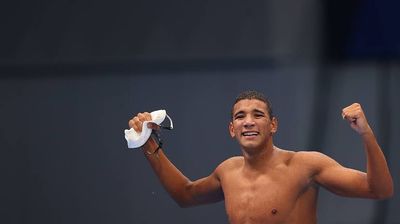 Ahmed Hafnaoui is the first Tunisian and African to win the Olympic gold at the Tokyo 2020. Hafnaoui is ranked 16th  in the world and ranked No.3 in the 400-meter freestyle.

Born in Métlaoui, Gafsa,  Hafnaoui started in the sport at age 6, When he was 12 years old when he joined the national swimming program of Tunisia in 2014. He is Tunisian basketball player Mohamed Hafnaoui's son.

The 13th African Swimming Championship, which was held in Algiers, Algeria, in 2018, is where he started his career as a professional one. Hafnaoui finished second in the 4×200-meter men's freestyle swimming and third in the men's 800-meter, 1500-meter, and 4×100 meter freestyle events. 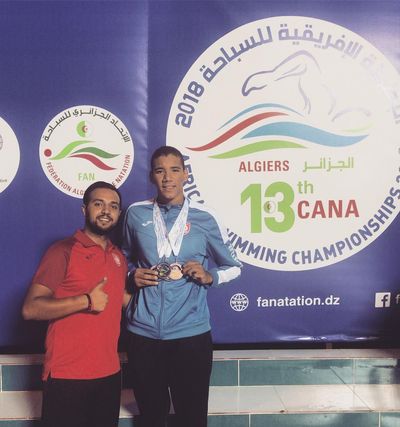 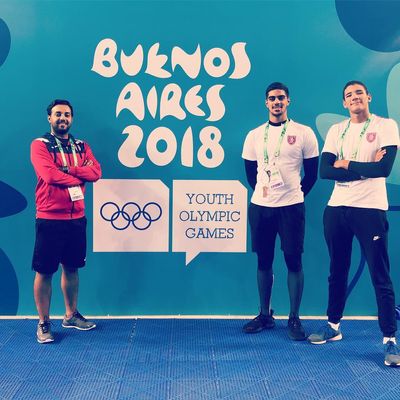 At the 7th FINA World Junior Swimming Championships held in Budapest, Hungary, Hafnaoui finished 4th in men's 800-meter  and 6th in men's 1,500-meter freestyle swimming. The dedication of Hafnaoui to swimming has made him what he is today; despite the ups and down's he worked hard, he kept on working hard.

For the time being, Halfnaoui's net worth is unknown.  His career is just at the starting phase, He participated in a lot of tournaments where he achieved some prize money. Hafnaoui succeeded in winning the Olympic gold medal in 2020 Tokyo.

However, Hafnaoui has was sponsored by Arena Swim, which provided swimsuits, gear, and equipment. The team supported him for the Summer Olympics 2020.  After Hafnouis stirring a gold medal win at the Tokyo Olympics, FINA president Hussain Al-Musallam announced constructing an international center for high performance in Tunisia. This project is a direct tribute to the achievement of Hafnoui.

Ahmed Hafnaoui's Girlfriend; Is he dating?

Hafnaoui is in his teenage now, and it is a very young age to have a girlfriend. He is not dating anyone. He is determined towards his swimming career.

He is just 18 years old Tunisian Swimmer, and is private about his life and love life. He has not been seen with any girls recently. Hafnoui loves to spend his time with his coach and other team members during his training.

The Tunisian Swimmer is active on Instagram, followed by the username ayoub_hafnaoui. The Swimmer post about his life there you can check there.