An American professional basketball player, Aerial Powers, plays for Washington Mystics of Women's National Basketball Association (WNBA). The small forward started her career since 2016 and has played for teams like Dallas Wings and Fenerbahçe S.K. prior to the Mystics.

Aerial Powers was born on January 17, 1994, in Detroit, Michigan, to the parents Juan Powers and Cecelia Powers. Also, she has a brother namely Jr Juan Power. Further, she is an American by nationality and mix by ethnicity. Also, Powers' birth details suggest that she was born under the star sign, Capricorn.

Aerial Powers is single and has not married yet. Also, there are no rumors that she's been dating anyone or married to anyone. 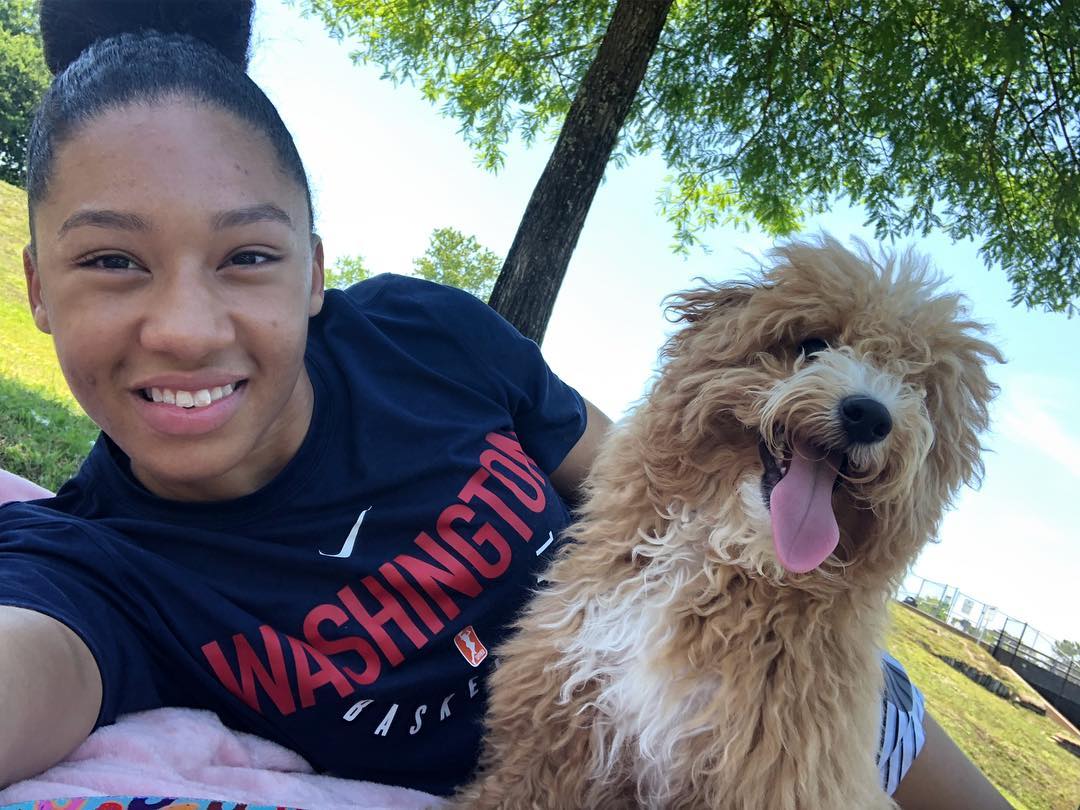 Further, there are no past rumors about her so it may be possible that she is good at keeping her private life behind a curtain. Besides, Aerial has a pet dog named Jumper whom she showers an immense love.

Aerial Power Is a Gym Freak

Aerial Power, who is a well-known athlete, has a fine structured and a very well maintained body. According to her Instagram, it seems like she loves her body very much. Also, she never fails to flaunt her body to her fans and followers. 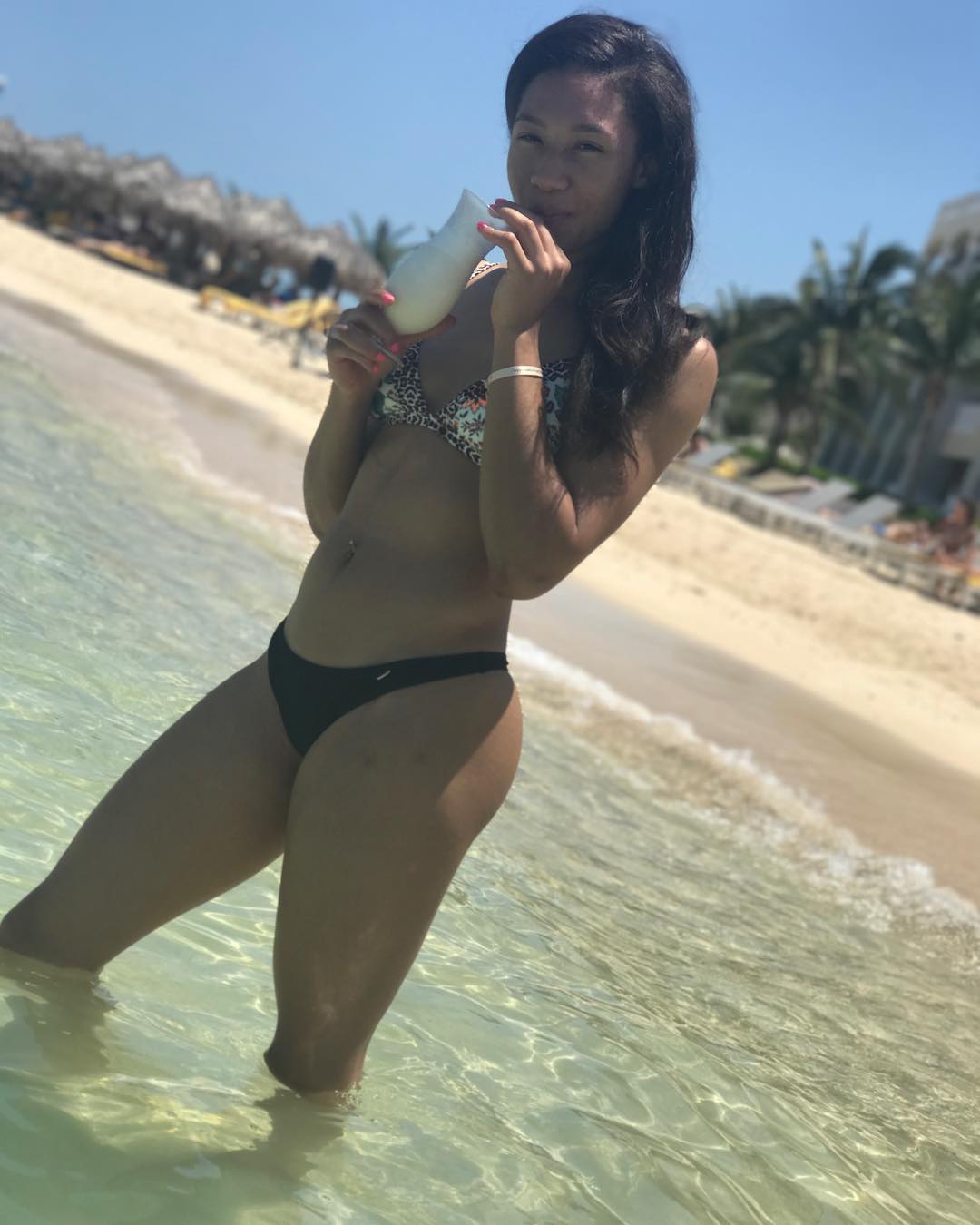 Talking about her body measurements, her height is 1.83m and her weight is 71kgs. Her eye color and hair color is black.

Aerial who started her playing career in 2016 has collected a decent fortune. Additionally, her estimated net worth is around $80,000, as of 2019. Currently, she is under a contract with the WNBA team, Washington Mystics. In particular, the contract offers her an annual average salary of $59,71, carrying a cap hit of $59,71.

Talking about her endorsement, Aerial Power signed an endorsement deal with Nike in 2016 and expected to collect decent money from the deal. 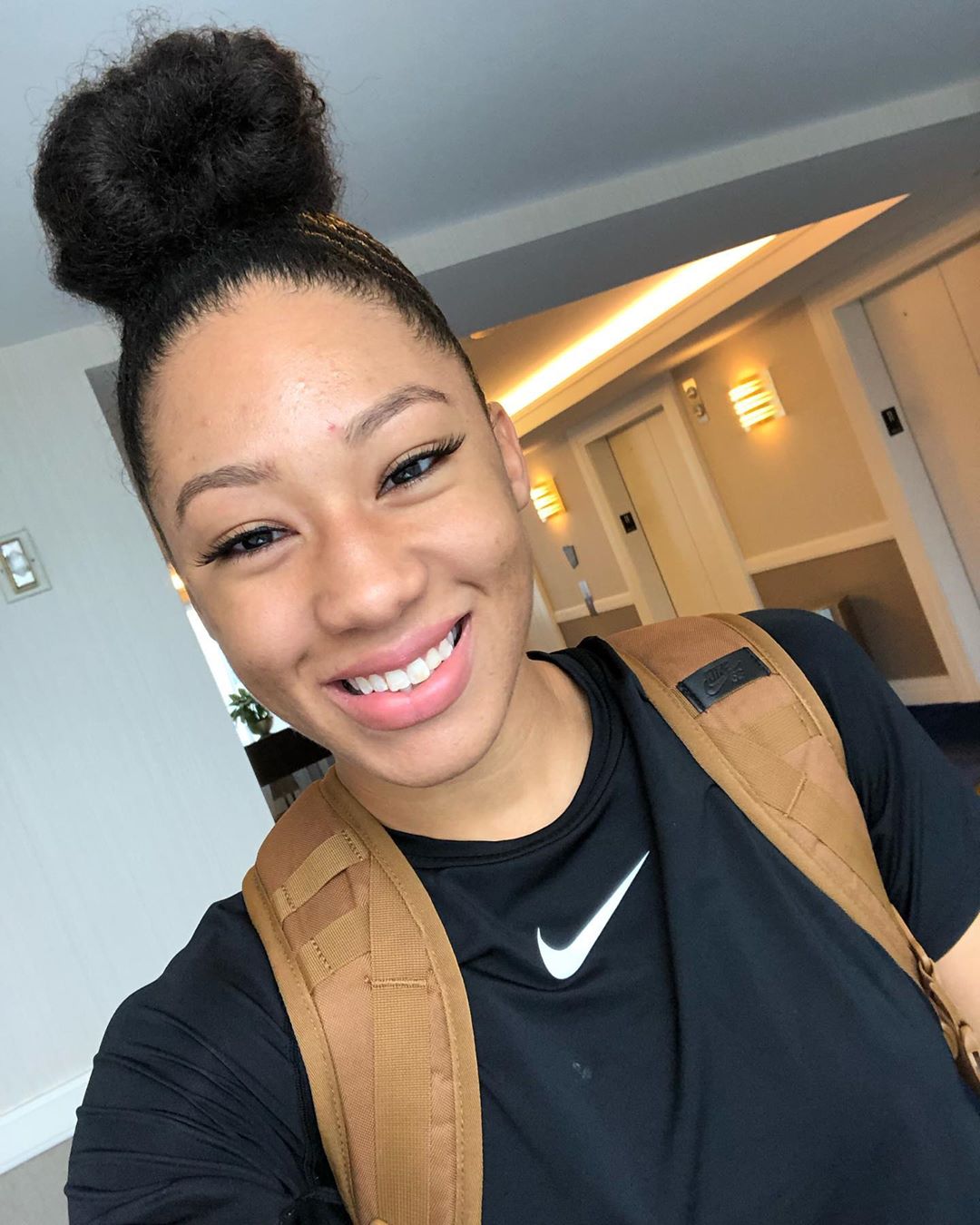 Besides, the prominent Small forward is the 7th best-paid player of the team and yet to reach the level of her playing counterparts like Emma Meesseman and Elena Delle Donne in terms of earnings. Additionally, Emma and Elena are the height paid players of the team with an annual average salary of $117,500.

Aerial graduated her high school by Detroit Country Day and she went to Michigan State University for her higher studies. Also, she was interested in boxing before involving in basketball.

Furthermore, Aerial was first selected by the Dallas Wings as a 1st round, 5th overall pick in the 2016 MLB draft.