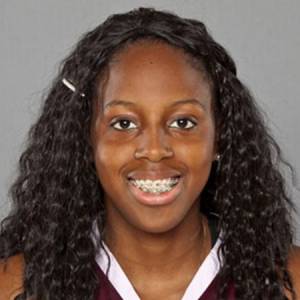 Adaora Nnenna Elonu who is also known as Adaora Elonu is an Afro American from Nigeria who studied in Texas A&M college with whom she has won the 2011 NCAA Championship. She is the current Captian of Nigerian Basketball Team and she has been the player of many renowned teams like Hapoel Galil Elyon, Beroil–Ciudad de Burgos, CB Conquero, CB Avenida, Atlanta Dream, The Connecticut SunUni Girona CB.

The 29-year old WNBA forward was born on 28 April 1990 in Houston, Texas. Belonging to the Nigerian roots, she has four siblings. She graduated from Elsik in 2008 and then attended the state’s Flagship University – Texas A&M University in College Station.

Adaora Elonu played most of her professional games overseas, and till now she has not revealed her multi-streaming income in front of the public. However, she has an estimated net worth of around $550 thousand.

She currently plays for Atlanta Dream in WNBA and also overseas games for Uni Girona CB and reportedly earns about $100,000 in a year.

The 29 years old forwarder of WNBA seems to be single. She is busy in WNBA games as well as representing her Nigerian team in the Olympics games. She has no past records of any marriages, engagement, and affairs. 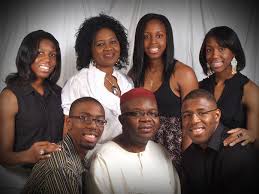 Adaora is the daughter of Dozie Elonu and her mother's name is Amaka Elonu. She has one brother Chinemelu D. Elonu, Jr. who is a Nigerian-American professional basketball player for Pallacanestro Reggiana

The Atlanta Dream signed Adaora Elonu on a seven-day contract in 2018. She joined the Atlanta team when the team confirmed Angel McCoughtry suffered a season-ending knee injury.

Elonu has spent her two years in overseas games before she stepped into the Atlanta Team. She was with Avenida in the top tier of Spanish basketball.

In the same summer Adaora's mum told her, if she didn’t play basketball, she would not play volleyball. So she obliged her mom's command as an obedient child and she joined the 17 in basketball and from there she builds up her confidence and skill levels and got a scholarship in college to play basketball.

6-foot tall Adaora is a food lover and in one of her interview she said:

I travelled to Spain for the World Cup, I took some of food with me, in fact, I went with Abacha, I went with akamu (pap), palm oil, and surely my garri because I need it very much. I took Cray fish, ogbono and some other stuff with me.

My parents did a good job and in Houston, they understand the culture very well and we didn’t forget that we are Nigerians, even though we just stay in theUnited States.

Elonu is also the player of the Nigerian national team and she has achieved the Bronze medal in the AfroBasket Women in 2015.

She has been part of the Nigerian team when they won Gold Medal at the Afrobasket in the 2017 championship in Mali. During the 2018 FIBA Women's Basketball World Cup, she became the Captain of Nigeria Women's National Basketball Team.

She has also played in Israel for Hapoel Galil Elyon, after which she signed in Spain with Beroil–Ciudad de Burgo.